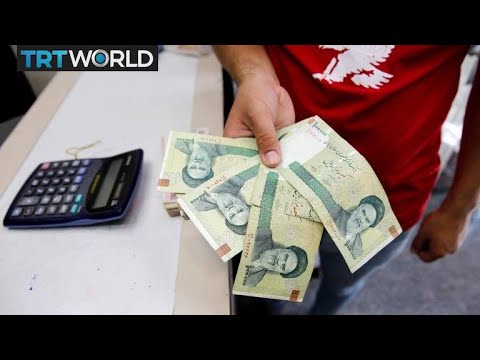 ( Otherwords) – “What’s wrong?” I asked my mother, as I saw her broken expression. She was on the phone, speaking with my grandparents in Iran. “A terrible thing has happened,” she replied.

My grandparent’s home in Tehran had been broken into. The thieves took everything they could carry — my grandmother’s jewelry, my uncle’s prized watch collection, his wedding band, and some cash. Perhaps the only thing left untouched was the grand, ornate Persian rug in their living room.

My grandfather had left the house for 10 minutes for afternoon prayers at the mosque. Now, he swears to never leave his home unattended again. He takes turns leaving the house with my grandmother, both in constant dread of another break-in.

Across Iran, such burglaries seem to be increasing as ordinary Iranian people face increased hardship from U.S.-imposed sanctions.

As a dual citizen, I was born and raised in Columbus, Ohio, but I’ve been traveling to Iran regularly ever since I was four months old.

I grew up in a household that taught me to love who I am, to see the wisdom in maintaining cultural intricacies, and to relish in the socio-religious traditions that keep life going. Words cannot do justice to the feeling of affinity that envelops me every time I step into my second home in Tehran.

My mother, in efforts to ease her old parents’ anxious hearts, could only repeat tavakol be khoda, or as we like to translate it: “Your faith must be stronger than your fear.”

President Trump has sought confrontation with Iran at every opportunity. Since America’s unilateral withdrawal from the nuclear deal in 2018, the U.S. has re-imposed sanctions targeting critical sectors of Iran’s economy.

Since then, oil exports have more than halved, choking the main source of funding for the country. Iranian currency has lost almost 60 percent of its value against the U.S. dollar, reaching a record low.

Meanwhile, sanctions and problems in banking transfers have made it extremely hard to buy everything from food to medicine. In the past 12 months, the cost of red meat and poultry has increased by 57 percent. Physicians are forced to prescribe less effective drugs, while patients must wait longer for operations.

During my visit last December, I witnessed the desperation with my own eyes.

Children stood, begging on the streets, tapping on my car window, trying to sell flowers and CDs. Highly educated youth sat in their homes, unable to find employment. Families withstood long lines at government-subsidized grocery stores to receive rationed meat. Patients had to self-treat their illnesses because they couldn’t purchase proper medicine.

Day after day, I sit and watch my president come up with new ways to escalate tensions, like tweeting that we’re “cocked and loaded to retaliate,” and only barely calling off a strike that would have killed 150 people — potentially starting a war without congressional approval. Or imposing new sanctions on top Iranian officials, which could close off the road to diplomacy.

Yet the absence of armed conflict doesn’t mean that over 80 million innocent people aren’t tremendously hurting already — and for no good reason. Economic sanctions are a form of warfare on people who are just trying to make ends meet.

Trump has even configured a way to suppress the normal aspirational response to escape destitute living conditions — banning Iranians entry to the most promising nation on Earth with his Muslim travel ban.

Whether it’s Cuba or Venezuela or Iran, history shows that sanctions alone have never forced a change in policy by an adversary. Iranians and Americans alike deserve diplomacy, not war — and that includes war by economic means.

Can our faith be stronger than our fear?

Mina Shahinfar is a Next Leader on the Criminalization of Race and Poverty Project at the Institute for Policy Studies.