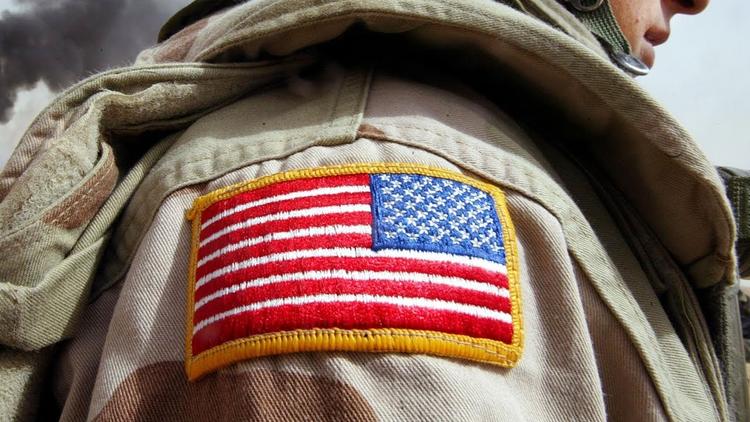 Ann Arbor (Informed Comment) – Trump is sending US troops to be based in Saudi Arabia, and King Salman has signed off on the paperwork.

Several hundred US military personnel will be at Prince Sultan Air Base, accompanying fighter jets and Patriot missile defense systems.

US troops were first based in Saudi Arabia during the Gulf War of 1990-91, when George H. W. Bush assembled a coalition to force Iraq back out of Kuwait, which it brutally occupied and tried to annex in August, 1990.

As Courtney Kube at NBC notes, in 1996, a terrorist bombing at Khobar Towers killed 19 US air force personnel and wounded 400 other persons, and as a result US servicemen were thereafter kept at Prince Sultan Airbase, which the US leased from the Saudis. The then no-fly zone over Iraq was policed from Prince Sultan.

Apparently everyone has forgotten that al-Qaeda made hay over the US military presence in Saudi Arabia. That country includes the twin holy cities of Mecca and Medina, and traditionalist Muslims believe that the second commander of the faithful, `Umar ibn al-Khattab, forbade non-Muslims to live in the holy land.

Usama Bin Laden characterized the US military presence in Saudi Arabia, the monarch of which is the “Guardian of the Two Holy Shrines,” as a military occupation by foreign Christians and Jews (“crusaders and Zionists”) of the Muslim holy land. Al-Qaeda used this allegation as a recruiting tool, and Bin Laden gave it as one of three major motivations for the September 11, 2001, attacks (the others were the sanctions on Iraq that killed thousands of children and the Israeli occupation of Jerusalem).

After the 2003 US invasion and occupation of Iraq, the US had lots of bases there, and felt no further need for the Prince Sultan Airbase, from which it withdrew. Qatar also offered its facilities, and the US put 10,000 troops into al-Udeid Air Base.

The impetus for the return of US troops to Prince Sultan Airbase in Saudi Arabia is the renewed tensions with Iran, which Trump caused by breaching the 2015 nuclear deal with Tehran.

Saudi Arabia’s King Salman may also have lobbied for this move because Riyadh put Qatar under blockade, and feels at a disadvantage in this struggle because the US base al-Udeid makes Washington tilt toward Doha. But the US should be telling King Salman to make nice with Qatar; it shouldn’t be enabling his blockade by coddling Riyadh.

But it is a very, very bad idea.

First, al-Qaeda and kindred movements such as ISIL have not gone away. They will use this move very effectively for propaganda and for radicalization.

Second, Saudi Arabia in 2015 launched a massive and debilitating air war on little Yemen, in which Riyadh is still embroiled. The Houthis who control northern Yemen have managed to get hold of silkworm missiles and have occasionally struck substantially inside Saudi Arabia. The US is inserting itself further into this struggle, and Prince Sultan base could be targeted by the Houthis, though their technology and resources are limited.

Third, given the murder of dissident journalist Jamal Khashoggi, it is very bad optics for the US to be opening a base in Saudi Arabia. It looks like an endorsement of the assassination of dissidents.

Fourth, the bigger the US footprint in the region, the more exposed US personnel are to attacks, and hawks like Secretary of State Mike Pompeo and national security adviser John Bolton will manipulate any such attacks into a reason for the US to go to war with Iran.