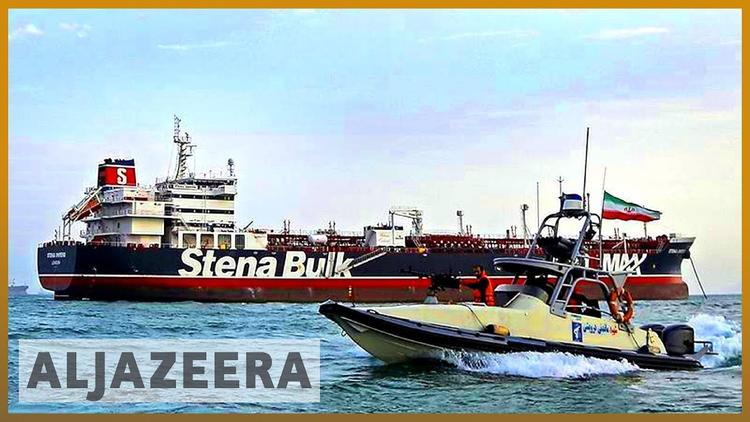 Ann Arbor (Informed Comment) – Simon Tisdall at The Guardian explains the difference between Socialist Spain and the disorganized Conservatives in control of UK on foreign policy.

US national security adviser John Bolton tried to hoodwink both of them about the Grace I, a Panamanian-flagged oil tanker carrying Iranian petroleum through the Straits of Gibraltar. Spain monitored the tanker but declined to intervene because it remained in international waters. The EU position has been that unless ships headed for Syria came within 12 nautical miles of the European coast, they were helpless to take action because you can’t interfere with shipping through international waters.

Britain, in contrast, used its naval position in Gibraltar to seize the tanker in international waters on the grounds that it was headed to Syria, against which the European Union had declared an oil embargo.

There were three problems with the British reasoning, presumably that of Jeremy Hunt, British Secretary of State for Foreign and Commonwealth Affairs and trailing candidate for prime minister. (Maybe also painfully inexperienced defense minister Penny Mordaunt, appointed in May):

Second, the Grace I was in international waters and seizing it is a form of piracy.

Third, there is no proof it was headed for Syria (which would not have been illegal in international law in any case).

Not only did Spain’s foreign minister, Josep Borrell, not fall for Bolton’s over-excited talking points, but he was withering about the British seizure of the tanker, since Spain does not recognize British claims on Gibraltar in the first place and wants decolonization.

That is, as Tisdall deliciously makes clear, Spain is siding with Iran against Britain on this issue.

Bolton and his fellow hawk secretary of state Mike Pompeo have been upset that the rest of the world did not line up with the US when it breached the 2015 Iran nuclear deal and slapped severe sanctions back on Iran (despite Iran’s faithful adherence to the terms of the deal). Britain, France, China, Russia and Germany (informally for the EU) were also signatories and stuck with the deal. France and Germany are even trying to find financial instruments to allow EU trade with Iran despite US opposition.

For Bolton to trick Hunt into seizing the Grace 1 shifts Britain toward the US side of the ledger and sets up a London-Tehran confrontation. Iran has already taken a couple of British tankers in the Gulf into custody to “inspect” them or on charges of smuggling. The UK is probably not willing to take military action in return, especially if Boris Johnson becomes PM tomorrow [update: he just, on Tuesday]. He has told Trump to his face that Britain won’t support military action against Iran.

But Bolton has tricked London into an adversarial posture toward Iran, with ratcheting tensions. And that is a big win for Iran War hawks around Trump. Trump allegedly believes (according to Jonathan Swan at Axios) that it doesn’t matter if he keeps these rabid dogs around him, because he decides if there is war. But Trump is a fool and does not realize that the hawks can put him in a headlock from which he can only escape by looking manly and taking military action. Trump should ask Jeremy Hunt about that.