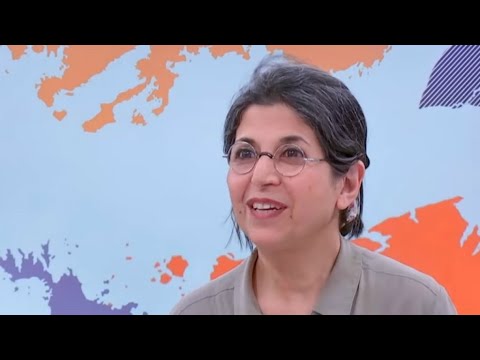 Iran’s judiciary has just confirmed the arrest of Fariba Adelkhah, a French-Iranian anthropologist, in Tehran. Media sources had earlier reported that the Islamic Revolutionary Guard Corps’ (IRGC) Intelligence Organization arrested Adelkhah, a researcher at the Paris-based academic institute Sciences Po, at her home on June 7. She has been detained ever since. The accusations against her remain unclear, but her arrest fits an all-too-familiar pattern concerning Iran’s targeting of dual nationals.

As the IRGC Intelligence Organization has gained more power domestically, the agency has carried out the majority of arrests of Iranian dual national citizens and foreigners whom it perceives have links with Western academic, economic, and cultural institutions.

These include academics, art curators, and journalists. During interrogations, IRGC officials reportedly accuse detainees of espionage, not based on specific evidence, but simply because of detainees’ affiliations with Western public institutions. Iranian state media also broadcast so-called “documentaries,” accusing suspects of being spies for foreign countries before they are convicted.

Iranian authorities systematically deny people charged with national security crimes access to lawyers of their choosing during the investigative phase of the legal process.

Dual nationals who are lucky enough to be released are usually not acquitted, but freed on “humanitarian grounds.” And recent indications that Iran might be willing to free more dual and foreign nationals in return for bilateral agreements, for example with the US, only reinforces the belief that these arrests are not based on evidence of criminal activity and that detainees are being used as bargaining chips.

Shamefully, many of those unlawfully detained were often working hard to connect Iran to the global community in order to benefit Iranians. These individuals should be thanked, not treated as criminals for their work. Yet Iranian authorities seem bent on crushing people’s rights, not respecting them. French authorities should do everything they can so that Adelkhah does not become another such victim.