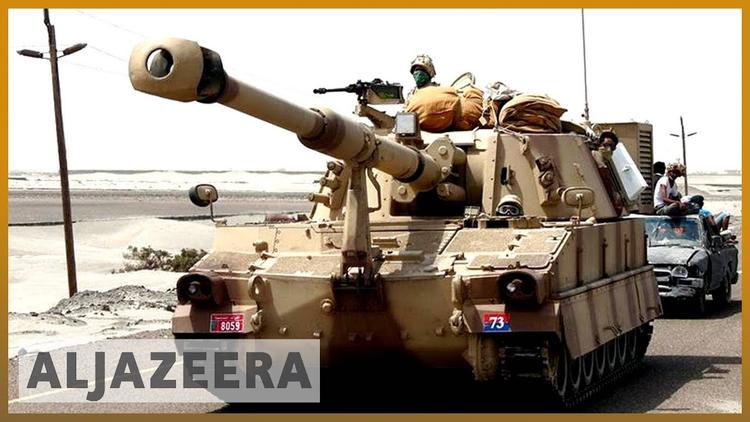 The war in Yemen is entering its fifth year with no solution in sight. Every day thousands of people, including women and children, are injured and maimed. According to Amnesty International, “there is extensive evidence that irresponsible arms flows to the Saudi Arabia-led coalition have resulted in enormous harm to Yemeni civilians.”

The war in Yemen has expanded from its initial stated objective of trying to install the government of Abd Rabbuh Mansur Hadi who was overthrown by the Houthi rebel group in March 2015. The Saudi coalition has extended into a pan-Arab war against Shia expansion in the region.

Yemen has become one of the biggest proxy wars of our time involving a Sunni coalition, led by Saudi Arabia, and Iran. Saudi Arabia dreads the idea of Shia Yemen controlled by Iran. First, politically, if Yemen became another Shia controlled country in the region it could strengthen Shia minority inside Saudi Arabia. Yemen could be a springboard for Shia/Iran activism inside the kingdom. It is estimated that 15-20 per cent of Saudi Arabia is Shia -that’s 20 million natives.

Second, most Saudis trace their ancestry in Yemen. The Kindah kingdom which was located in present day Yemen, established Najd. Today the city of Najd accounts for about a third of the population of Saudi Arabia. It consists of administrative regions of Riyadh, Al Qassim, and Ha’il.

The withdrawal of the United Arab Emirates (UAE) from the Saudi-led coalition in Yemen did not come as a surprise, it was a matter of time. The onslaught against the Yemenis has attracted condemnation from various quarters around the world, it has been a public relations disaster for UAE. Amnesty International reports that “the Saudi Arabia-led coalition, which supported the internationally recognized Yemeni government, continued to bomb civilian infrastructure and carry out indiscriminate attacks, killing and injuring civilians.”

The withdrawal from the coalition will leave Saudi Arabia extremely vulnerable and certainly impact on funding of the war. The coalition was already financially bleeding after Qatar withdrew when its neighbours – Saudi Arabia, Bahrain and the UAE – imposed a political and economic blockade against it in 2017. Furthermore, despite what the Sudanese Transitional Military Council (TMC) has promised, things could further worsen for the Saudi-led coalition if Sudan withdraws its troops. Sudan is part of the coalition and boasts approximately 14,000 ground militiamen fighting in Yemen.

Besides the criticism of those leading the unwinnable war in Yemen, there are other reasons why the UAE withdrew from the coalition. First, according to Jacqulyn Meyer Kantack, a researcher from the Critical Threat Project: “The UAE reportedly warned Saudi Arabia to abandon its support for Yemeni President Abd Rabbuh Mansur Hadi or the UAE will abandon the coalition.”

“Relations between the two states are strained by a combination of UAE skepticism toward prospects of a military victory and the UAE’s aversion to political Islamists in the north.”

Second, the UAE’s political and economic relations with Iran continue, albeit not as smoothly as they were in the past. The Financial Tribune of Iran reports that “the UAE was Iran’s second-biggest export destination, following China, in the last Iranian year (to 20 March 2017), accounting for 17 percent of all Iranian exports.”

Iran wields an enormous influence on the Houthis in Yemen. The group’s long missile capabilities have over the past couple of months been capable of reaching Saudi Arabia’s key positions including airports. On 20 May, “Saudi Arabia intercepted two Houthi ballistic missiles launched towards Makkah and Riyadh on Monday after the Yemeni rebels said they planned to strike at hundreds of Saudi and UAE targets.” Iran could encourage similar actions against the UAE’s strategic positions.

Third, Gulf waters are rapidly getting crowded, talks of a “policing force” in the Strait of Hormuz are gaining momentum. The UAE therefore wants to be part of the force together with the US and the UK, amongst others, for two reasons. First, the UAE hopes the policing force in the Strait of Hormuz could tighten the noose on Iran, limit the flow of weapons into Yemen and eventually hasten the Houthis’ defeat. Second, the UAE is currently involved in a very ambitious ports administration project. Dubai Ports World (DP World) currently dominates the port administration business along the Gulf coasts and in the Horn of Africa.

In withdrawing its forces from Yemen, the UAE is saving itself from the humiliation that will come with the coalition’s defeat. Saudi Crown Prince Mohammed Bin Salman will eventually be left alone to deal with the humiliation of defeat at the hands of the Houthis.