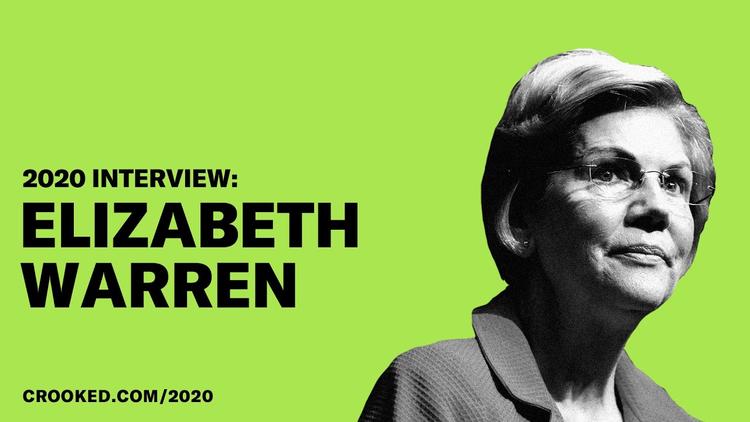 In the last few months Senator Elizabeth Warren has gained ground in public opinion polls tracking the race for the Democratic Party presidential nomination. In some states, she’s ahead of Senator Bernie Sanders and pulling close to former Vice President Joe Biden.

In domestic politics, Warren makes a populist appeal to working people with calls for free college tuition, single-payer health care and breaking up monopolies. In foreign policy, she takes a similar stand, calling for an end to foreign trade pacts such as Trump’s renegotiated NAFTA.

She wrote in Foreign Affairs, “While international economic policies and trade deals have worked gloriously well for elites around the world, they have left working people discouraged and disaffected.”

Warren’s main competitor among left-leaning voters is Senator Bernie Sanders, who has developed a generally progressive, anti-interventionist foreign policy. She also competes against former Vice President Joe Biden, a corporate Democrat, who voted for the 2003 Iraq War and supported all of Obama’s new wars (Syria, Libya, Yemen and Iraq).

Warren’s foreign policy lies somewhere in between Sanders and Biden. She has a troubling history of uncritical support of Israel, supporting sanctions on Venezuela, and vilifying Russia and China as national security threats. But her views are also evolving.

In 2014, Israel launched a horrific war on Gaza, dropping bombs on densely inhabited cities. The United Nations reported that more than 2,100 Palestinians died, compared to sixty-six Israelis. When challenged by a constituent in 2014 about her support for Israel, Warren responded: “America has a very special relationship with Israel. . . . And we very much need an ally in that part of the world.” She opposed making U.S. aid contingent on prohibiting new Israeli settlements on Palestinian land.

But in 2018, Warren condemned the Israeli military violence against Palestinians protesting peacefully at the Israel-Gaza border. The Israel lobby has pushed hard for the U.S. Senate to oppose the movement to Boycott, Divest and Sanction Israel. To her credit, Warren voted against such a resolution in February 2019. Most recently, she joined with Sanders and others to oppose Israeli annexation of the West Bank.

While Warren is moving in the right direction, I would like to see her make a clear-cut statement opposing Israeli settlements in Palestinian territory, commit to moving the U.S. Embassy back to Tel Aviv, and call for an independent, contiguous Palestinian state, which would live peacefully next to a non-aggressive Israel.

Candidates’ views on Venezuela tell us a lot about how they will react as President when the Washington establishment bleats out that “we have to do something!” Economic conditions in Venezuela are horrific and the political situation tenuous. Trump’s solution? Apply crushing sanctions aimed at overthrowing the government of President Nicolas Maduro and replace it with one more to the U.S. liking.

When it comes to Russia, China, and North Korea, mainstream Democrats have a long history of trying to sound tough. Unfortunately, Warren is no exception.

Warren co-sponsored a Senate bill proposing to bar U.S. military intervention in Venezuela. But in February, she called for economic sanctions on Venezuela along with increased foreign aid. In this context, sanctions are part of the plan to unseat Maduro. I would like to see Warren take a firm stand against all U.S. intervention—economic, political or military.

When it comes to Russia, China, and North Korea, mainstream Democrats have a long history of trying to sound tough on national defense while attacking Republicans from the right. Unfortunately, Warren is no exception.

Last year, as Trump prepared to meet North Korean leader Kim Jong-un, Warren issued a bellicose statement: “A nuclear-armed North Korea is a threat to the security of the United States, our allies, and the world. . . . This administration’s success will be judged on whether it can eliminate Kim’s nuclear weapons and verify they are gone.”

While Trump can be erratic and subject to pressure from his rightwing advisors, at least he is willing to discuss denuclearization of the region. And compare Warren’s view with Sanders’s statement about the same summit: The meeting “represents a positive step in de-escalating tensions between our countries, addressing the threat of North Korea’s nuclear weapons, and moving toward a more peaceful future.”

Warren also falls into the Cold War trap of vilifying Russia and China as a danger to Americans. “China is on the rise,” she wrote in Foreign Affairs, “using its economic might to bludgeon its way onto the world stage. . . . To mask its decline, Russia is provoking the international community with opportunistic harassment and covert attacks.” She goes on to claim that both countries invest heavily in their militaries and seek “to shape spheres of influence in their own image.”

Nowhere does Warren mention that the United States spends more on its military than the next seven largest countries combined. Russia and China have limited military bases outside their borders while the United States has over 800. Unfortunately, Warren helps propagate the myths of cunning and fearsome enemies, which are used to justify ever rising defense budgets and future wars.

So who do you vote for?

Yet Warren is far more progressive than mainstream Democrats like Joe Biden. She calls for withdrawing U.S. troops from Afghanistan, Iraq and Syria. Warren campaigns for the United State to rejoin the nuclear accord with Iran and to end trade pacts that hurt workers.

“Warren’s foreign policy positions have shifted a fair amount in recent years, particularly during the past few months,” says Stephen Zunes, a professor of politics at the University of San Francisco, who provides foreign policy advice to the Warren campaign. [Disclosure — Zunes and I have known each other for many years.] “Warren didn’t have a lot of foreign policy background.”

For Zunes, while Bernie Sanders has an overall better foreign policy record, “Warren is the most realistic progressive choice.”

I disagree. Bernie Sanders is running on an anti-interventionist program. I view Sanders as far more likely to resist Pentagon/CIA/State Department pressure once elected because of his strong ideological commitment. And, in terms of electability, he has far greater potential to win African American and other working class voters than the still too upper-middle-class-oriented Warren.

However, if Sanders were not in the race, I would support Warren, who is far better than Biden.

There’s a permanent cadre of bankers, corporate executives, generals, and government bureaucrats lurking in the Washington swamp who profit from war. They will seek to maintain their power no matter who wins the election. Progressives and the American people will have to fight like hell to keep that from happening.

WMUR-TV: “Warren says she can get support for progressive agenda”