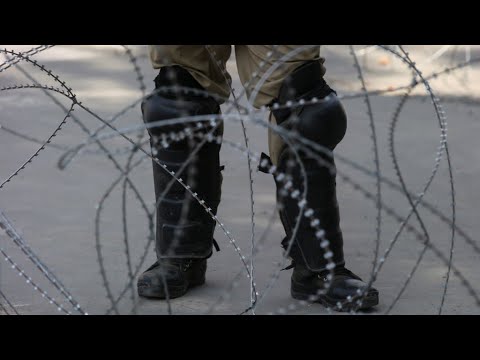 India recently enacted a law which will end a special autonomous status given to the state of Jammu and Kashmir, known in the West as simply “Kashmir.”

Amit Shah, India’s minister for home affairs, announced in Parliament that the Bharatiya Janata Party government was revoking Article 370 of the Indian Constitution in the name of bringing prosperity to the region.

Since 1954, this article has governed federal relations between India and Kashmir, India’s only Muslim majority state.

I’m a scholar of South Asian politics and have written extensively on the evolution of the India-Pakistan conflict in Kashmir.

Article 370 is woven into that history.

Article 370 originated in the particular circumstances under which the former prince and last ruler of Kashmir acceded to India shortly after the partition of the British Indian Empire into the independent states of India and Pakistan in 1947.

The prince, or maharaja, agreed to have Kashmir become part of India under duress. His rule was threatened by an insurrection supported by Pakistan.

Article 370 was designed to guarantee the autonomy of the Muslim majority state, the only one in predominantly Hindu India. The clause effectively limited the powers of the Indian government to the realms of defense, foreign affairs and communications. It also permitted the Kashmiri state to have its own flag and constitution.

More controversially, Article 370 prohibited non-Kashmiris from purchasing property in the state and stated that women who married non-Kashmiris would lose their inheritance rights.

But the independence of the Kashmiri state has been declining for decades. Beginning in the early 1950s, a series of presidential ordinances, which had swift effect much like American executive orders, diluted the terms of the article.

For example, in 1954, a presidential order extended Indian citizenship to the “permanent residents” of the state. Prior to this decision the native inhabitants of the state had been considered to be “state subjects.”

Other constitutional changes followed. The jurisdiction of the Indian Supreme Court was expanded to the state in 1954. In addition, the Indian government was granted the authority to declare a national emergency if Kashmir were attacked.

Many other administrative actions reduced the state’s autonomy over time. These have ranged from enabling Kashmiris to participate in national administrative positions to expanding the jurisdiction of anti-corruption bodies, such as the Central Vigilance Commission and the Central Goods and Services Act of 2017, into the state.

What it means for India and the world

What has happened as a result of the move to revoke Article 370?

The decision has been met with considerable unhappiness and resentment in the Kashmir Valley, which has a Muslim population close to 97% – versus 68% of the population of the state as a whole. The government of Jammu and Kashmir, meanwhile, does not have the legal power to challenge the move.

China and Pakistan have expressed displeasure.

Pakistan has long maintained that it should have inherited the state based upon its geographic contiguity and its demography.

India and Pakistan have fought three wars over Kashmir. While I don’t believe Pakistan will initiate another war with India over this issue at this time, I doubt it will quietly resign itself to the changed circumstances. At the very least, it will seek to draw in members of the international community to oppose India’s action, as it has sought to do in the past.

China, which considers Pakistan to be its “all-weather ally,” has stated that the decision was “not acceptable and won’t be binding.”

France 24 English: At least 4,000 detained in Kashmir since region stripped of autonomy