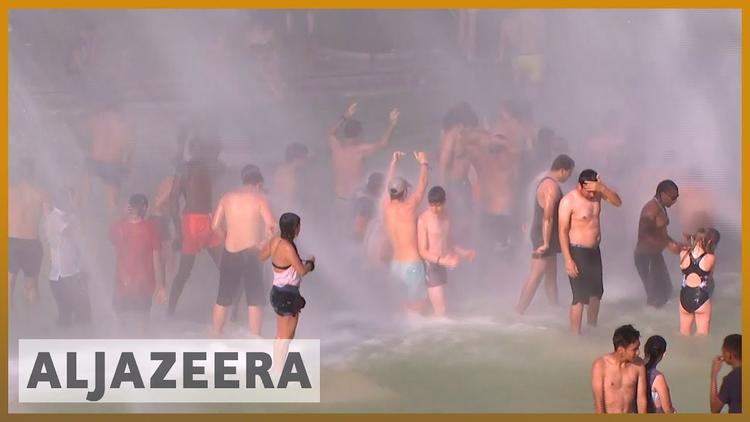 Ann Arbor (Informed Comment) – July was the hottest month ever recorded, i.e. the hottest since about 1850 when scientific records began being kept around the world using modern thermometers. So writes Chelsea Harvey at Climate Wire via The Scientific American.

July was more than 1 degree Fahrenheit warmer than the late 20th century average. That is huge. Enormous. The surface temperature of the earth includes Antarctica and the oceans (which are deep and cold). To get an average rise of a whole degree means that some places on land are 15 degrees warmer. Some places on land were already 110 F. in July, so adding any increase at all is a severe health risk to people who live there.

July was the 415th consecutive month with temperatures above the twentieth century average. That is over 34 years during which every year saw above average temperatures.

According to NOAA, this means July was the 415th consecutive month with above average temperatures compared to the 20th century average.

Harvey points out that Europe had a heat wave the last week of July, which affected the averages, but it was hotter in many places in the world, including Alaska and the Arctic. In fact, half of Greenland’s ice sheet was affected by some melting, and the rate of snow melt was beyond anything scientists had expected to see before 2070.

Human-caused climate change from burning coal, petroleum and natural gas made the extreme heat in Europe up to 100 times more likely, and increased the severity of the heat wave by over 5 degrees F.

India also had heatwaves this summer (I lived in India during the summer in the early 1980s and it was unbearably hot then; I hate to think about how the heat has gotten even worse). In May-June, 65% of Indians experienced heat of 109 degrees F., a new record. Over the coming decades some places in India may become uninhabitable because of the heat.

Aljazeera English: “July was ‘hottest month on record’ for world”