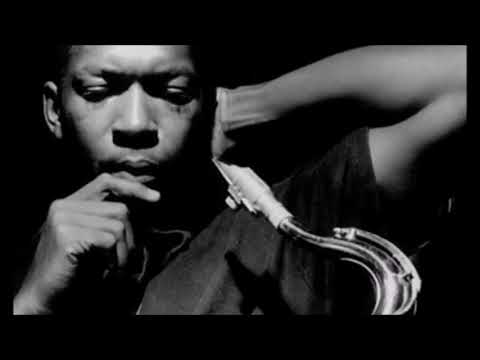 (Informed Comment) – In his childhood and youth in rural North Carolina John Coltrane absorbed the musical traditions of African-American worship. His parents were active in the local African Methodist Episcopal Zion Church. John’s paternal grandfather was a minister in that church and John’s mother sang and played piano in the gospel choir.

In 1943 Coltrane, then seventeen, moved to Philadelphia, then one of the most vibrant centers of the Jazz scene. It was also a center of Muslim life. Along with Chicago and Detroit, Philadelphia had a large African-American Muslim population. There were many jazz musicians in those cities who converted to Ahmadiyya Islam. Among them were Art Blakey, Yusef Lateef, Ahmad Jamal, and Idris Suleiman.

Coltrane applied to music school in Philadelphia, was admitted, and excelled as a saxophone student. After a year in the U.S. Navy in 1945, he returned to Philadelphia and entered the world of jazz performance. His involvement in the jazz life led to musical greatness – and, sadly, to heroin addiction.

In Philadelphia in 1954, Coltrane met Naima Grubbs, who he later married. She introduced him to Islam and with the help of religious teachings dissuaded him from the use of alcohol and heroin. He was latter to write a beautiful song in her honor.

It was saxophonist Lateef who encouraged Coltrane to read widely in the spiritual classics of the day – and not only in the classics of Islam. Lateef gave Coltrane copies of the Quran, Gibran’s The Prophet, and a volume of the Indian teacher writings of Krishnamurti.

But his exposure to this variety of religious ideas did not diminish his devotion to Christianity. According to C.O. Simpkins, Coltrane’s first biographer, “John believed very deeply in Christian faith as taught in his community in High Point. Christian ideals contrasted strongly with his life of drugs. This conflict between his faith and his actions was prominent in his mind.” It was this conflict that led Coltrane to study Islam and other religious traditions.

By 1957 Coltrane was free of his addictions and living a healthier and more spiritual life. He wrote that “My goal is to live the truly religious life, and express it in my music. … My music is the spiritual expression of what I am.”

Later, Lateef suggested that Coltrane read, “The Mysticism of Sound” by the Sufi teacher Hazrat Inayat Khan. Among Inayat Khan’s teachings was that “To attain spirituality is to realize that the whole universe is one symphony in which every individual is one note. His happiness lies in becoming perfectly harmonious with the symphony of the universe.”

During Coltrane’s years with jazz groups headed Dizzy Gillespie, Miles Davis, and Thelonious Monk he was on the road a good part of the year. He was able to stay healthy by minimizing contact with users of drugs and alcohol and adopting a strict vegetarian diet. But many in the jazz world were not able to resist the temptations of the road, and succumbed to their addictions.

Muslim musicians, including many members of Art Blakey’s Jazz Messengers of the 1950s and 60s, found the conventional jazz life particularly challenging. Seeking alternative spaces for jazz performances, some musicians sought to establish venues where alcohol wasn’t served. Dr. Billy Taylor noted that in the 1950s and 60s pianist Ahmad Jamal said, “Man, I would like to do something where the cash register is not making all this noise, and the people are not using alcohol and other things.”

In the liner notes to his 1964 album A Love Supreme, Coltrane writes of the time in 1957 that he freed himself to his addictions to alcohol and heroin:

“During this year 1957, I experienced, by the grace of God, a spiritual awakening which was to lead me to a richer, fuller more productive life. At this time, in gratitude, I humbly asked to be given the means to make others happy through music. I feel that this has been granted through his grace. ALL PRAISE TO GOD.”

In the fifty-five years since it was recorded , listening to “A Love Supreme” has been a religious experience for listeners throughout the world. The work is replete with references to religious traditions, including Islam, as Hisham Aidi argued.

In the extraordinary liner notes to “A Love Supreme,” Coltrane addresses his listeners with a fusion of Qur’anic and Biblical language.

“Dear Listener: All Praise be to God to Whom all Praise is Due. Let us Pursue Him in the righteous Path. Yes, it is true ‘seek and ye shall find.’ Only through him can we know the most wondrous bequeathal.”

Coltrane’s pianist on that breakout album, McCoy Tyner, became a Muslim in the 1950s. He took the name Suleiman Saud, but unlike many other jazz converts, Tyner did not use his Muslim name professionally. But he did describe the influence Islam had on his life and music:

“We talk a lot about freedom in Jazz, Tyner said, “but there are underlying disciplines too. When you have the discipline of religion, as I have, I think you can meet the demands of music and – function better.”

In his writings on music and mysticism the Sufi master Inayat Khan predicted that “some day music will be the means of expressing universal religion. Time is wanted for this, but there will come a day when music and its philosophy will become the religion of humanity.”

This ‘religion of humanity’ – a religion that drew on many spiritual traditions, including Islam – is what Coltrane sought to bring into being through his music.