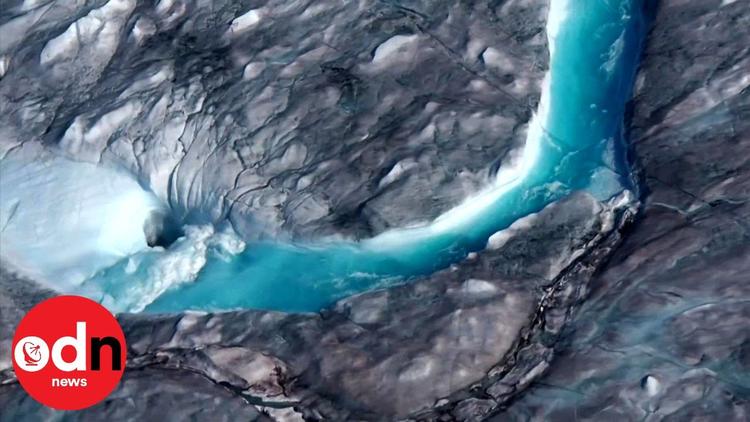 Ann Arbor (Informed Comment) – Amid the European heat wave, Ruth Mottram of the Danish Meteorological Institute set off a panic this week when she observed that Greenland lost 11 billion tons of ice on August 1, the most in recorded history, and half the ice sheet was experiencing some level of melting. She added that through the month of July, as Climate Wire / Scientific American recounts, it lost 197 billion metric tons of ice.

The #Greenland #icesheet starts August as it ended July – 11 Gigatonnes lost on 1st: highest daily total of the #melt season so far

Melt season should ramp down over the month but forecast shows warm period continuing next few dayshttps://t.co/R2dc4Kkjgl pic.twitter.com/D1g7gD1kVx

We should be afraid, very afraid. The UN’s IPCC did not predict this rate of snow melt on Greenland until 2070, and Eric Holthaus at Rolling Stone quotes frantic scientist Xavier Fettweis at Belgium Liege University concluding that the IPCC climate estimates have been consistently and extensively way too conservative about how fast the climate crisis is worsening.

Global heating is caused by human beings burning coal, gasoline and natural gas. As surface ice melts, the meltwater runs into the ocean and raises sea levels. Over time, the sea will rise dozens of feet as a result of heat-trapping gases we have put and are putting into the atmosphere. If human beings don’t abruptly abandon fossil fuels, all surface ice on earth could melt and one third of the current land surface will be submerged (this will take a long time but can be baked in by the amount of carbon dioxide and other heat-trapping gases we put into the atmosphere.)

Chelsea Harvey at Climate Wire says that even at high altitudes where there is usually no seasonal melting in Greenland, this year the snow did melt.

She also points to this recent science paper that finds a feedback loop. The white fluffy snow that used to cover Greenland reflects sunlight and keeps things cool. When the snow melts, the rock or ice underneath is duller and reflects less light, allowing for greater surface warmth. And more warmth means more snow melt, which means less reflection of sunlight, etc., etc.

Only some of the meltwater finds its way into the sea, so the impact of the past month’s melting on sea levels is not that big. But as the melting goes on, eventually there is a danger of losing the whole ice shelf, which would raise sea levels substantially. The feedback loops that would ensure that kind of catastrophic melting will kick in with about 2 degrees C. (3.6 degrees F.) increase of average global surface temperature. Theoretically if the world got its act together, we could avoid crossing that tripwire. But the way things are going, I think you may as well, kiss Greenland’s ice shelf goodbye.