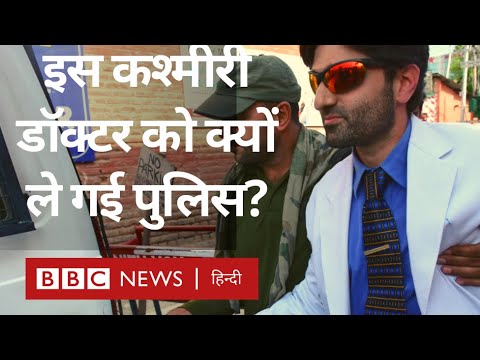 ( Human Rights Watch) – (New York) – The Indian government’s lengthy shutdown of the internet and telephones in Jammu and Kashmir inflicts disproportionate harm on the population and should be immediately lifted, Human Rights Watch said today. The disruption to services since August 5, 2019, has exacerbated an information blackout, stopped families from communicating, prevented people from accessing medical services, and disrupted the local economy.

Indian authorities have said the restrictions are necessary to prevent the spread of false or incendiary information that could cause violent protests after the Indian government revoked Jammu and Kashmir’s constitutionally provided autonomous status. However, international human rights law prohibits broad, indiscriminate, and indefinite restrictions on fundamental freedoms, including the right to free expression and to provide and receive information, Human Rights Watch said.

“The Indian government’s indefinite shutdown of phones and the internet in Kashmir is causing disproportionate harm and should be lifted immediately,” said Meenakshi Ganguly, South Asia director at Human Rights Watch. “The restrictions are provoking anger, causing economic harm, and fueling rumors that are making a bad human rights situation even worse.”

In the Kashmir Valley and other Muslim majority areas, telephone service remains blocked and only a few landlines are working. Public access to phone services is available in some government offices but for Kashmiris to use them, they have to pass numerous security checkpoints and then wait their turn for several hours. Those living outside of Kashmir have been desperate for news of their loved ones.

In Srinagar, the summer capital, Kashmiris told Human Rights Watch that they were angry and worried about the impact of the security restrictions on daily life. “In effect, the government has placed all of us in prison,” a businessman said. “We cannot move freely. We cannot speak freely. Isn’t that prison?” One woman said she had heard her mother, who lives in another town, was unwell, but could not call her or meet her: “If you cannot call your family, meet your mother, how is that normal?”

The internet shutdown is depriving Kashmiris who depend on mobile messaging apps or email access to their livelihood. Traders cannot place or receive orders, tour operators cannot operate through their websites, students cannot complete course work, and journalists cannot file reports. One man said that he had not been able to pay his taxes: “It is all online now. That is what the government ordered. Then they shut down the internet. So now, will the government cover my late-payment penalties?”

A government doctor held a protest in Srinagar, saying that shutting the internet was preventing people, particularly the poor, from obtaining government health insurance, since it is linked to individual digital cards that need to be swiped to retrieve medical records. He was arrested, according to media reports.

The extended and broad shutdown of the internet affects essential activities and services, including emergency services and health information, mobile banking and e-commerce, transportation, school classes, reporting on major crises and events, and human rights investigations. The economic policy think tank Indian Council for Research on International Economic Relations reported that the 24 shutdowns of mobile internet services in Jammu and Kashmir state in 2017 cost the state $223 million.

The authorities contend that social media and internet-based mass messaging apps have fueled rumors leading to violence in Jammu and Kashmir in the past, and that the current restrictions have saved lives. Yet, while both those supporting and opposing the government’s decision have spread misinformation and espoused hate, Kashmiris say that the authorities have only targeted criticism of the government. For instance, many on social media outside of Jammu and Kashmir are using a red dot as a symbol of solidarity and resistance, and several such accounts have apparently been reported and taken down.

Indian law provides for online restrictions. In August 2017, the Indian government issued the Temporary Suspension of Telecom Services (Public Emergency or Public Safety) Rules under the Indian Telegraph Act, 1885. These rules allow central and state governments to issue shutdown orders. Previously, the vast majority of shutdowns were ordered under section 144 of the Code of Criminal Procedure, a colonial-era provision that gives state governments emergency powers to help contain law and order situations, such as by imposing curfews or preventing large assemblies to prevent unrest. Although the provision was meant to be applied mainly in emergencies, its broad language and lack of adequate safeguards has allowed for its frequent misuse by authorities to prevent peaceful assemblies and impose blanket internet shutdowns.

International human rights law, such as the International Covenant on Civil and Political Rights (ICCPR), protects the right of people to freely seek, receive, and provide information and ideas through all media, including the internet. Security-related restrictions must be law-based and a necessary and proportionate response to a specific security concern. On August 22, United Nations experts issued a joint statement on Jammu and Kashmir that, “The shutdown of the internet and telecommunication networks, without justification from the Government, are inconsistent with the fundamental norms of necessity and proportionality.” The UN special rapporteur on freedom of expression, David Kaye, has said that necessity requires showing that shutdowns would achieve their stated purpose, which in fact they often jeopardize. “It has been found that maintaining network connectivity may mitigate public safety concerns and help restore public order,” according to his 2017 report.

In July 2016, the UN Human Rights Council passed a resolution condemning measures by countries to prevent or disrupt online access and information and called for free speech protections under articles 19 of the Universal Declaration of Human Rights and the ICCPR. In their 2015 Joint Declaration on Freedom of Expression and Responses to Conflict Situations, UN experts and rapporteurs declared that, even in times of conflict, “using communications ‘kill switches’ (i.e. shutting down entire parts of communications systems) can never be justified under human rights law.”

Instead of indefinite, blanket shutdowns and repressing peaceful dissent, authorities should use social media to provide transparent information that can discourage incitement to violence, and direct security forces to act according to international human rights standards, Human Rights Watch said.

“International law permits restrictions on speech, including the internet, but they must be narrowly construed for a legitimate aim – which the current restrictions fail to do,” Ganguly said. “The Indian government needs to address people’s concerns, not cut them off from being able to communicate properly and freely.”