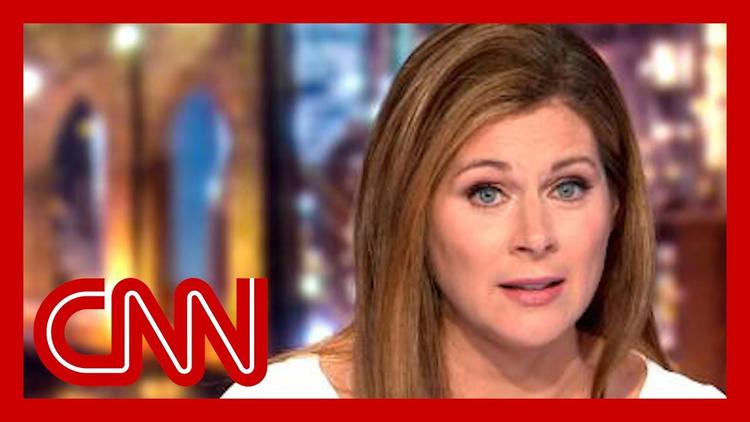 US Representatives, Rashida Tlaib and Ilhan Omar, a thorn in the side of the American establishment and the pro-Israel lobby have been banned from entering Israel and Palestine. There is no precedent for American congressmen or women being denied entry or as in this case, boarding a flight to Tel Aviv. In the case of Tlaib, an American of Palestinian heritage, this is doubly painful as she will not be able to visit her village for the foreseeable future.

It is ironic that Rashida’s name translates to “wise” in English. Israel’s decision is anything but wise if assessed objectively. Here are two congresswomen from a country of 250 million and Israel’s greatest ally, providing it with half its aid budget and they are denied entry. Where is the rationality in that?

Yes, Tlaib and Omar are heavily critical of Israel and supporters of peaceful pressure on it to come to its senses, end the occupation, illegal settlement building and meet its requirements under international law and international humanitarian law. They both support longstanding US policy of a two-state solution and want to see a peaceful resolution to the conflict. That is the wise position to take if the US is seriously pursuing a peaceful end to the conflict based on longstanding international understandings.

Israel initially agreed to allow the two women in. Earlier this year, Israeli Ambassador to the US Ron Dermer confirmed that the country would not deny entry to any lawmakers “out of respect for the U.S. Congress and the great alliance between Israel and America.” This was despite pressure from AIPAC and Democrat House Majority Leader Steny Hoyer on Israel not to admit them.

However, just as Israel was debating whether to allow the Representatives in and how this would be handed to minimise the damage to Israel’s already negative image, US President Trump weighed in in his own inimitable way via twitter calling on Israeli Prime Minister Netanyahu not to allow them in. This was a get out of jail card for the prime minister facing possible charges for corruption.

The reason Tlaib and Omar were banned was their support for the Boycott, Divestment and Sanctions Movement (BDS), which aims to promote non-violent punitive measures against Israel for its breaches of international law in relation to the Palestinians. It specifically calls for an end to Israel’s occupation, equal rights for all Israeli citizens and for the promotion of the Right of Return of Palestinian refugees. Those demands are legal and moral. However, Israel has tried to portray the movement as anti-Semitic and its supporters in the US have worked overtime to criminalise it through requiring companies and individuals to commit to not observing it if they want to secure contracts or work with them.

This resulted in Israel’s Strategic Affairs Minister, Gilad Erdan, claiming: “27 US States, Congress and the UK Government have adopted legislation and regulations against BDS.” He took pride in being behind this and that “More and more countries and institutions are adopting the IHRA and State Department definitions of anti-Semitism … which incorporate both classic and new anti-Semitism.” Here in the UK we recently saw London’s Tower Hamlets Council use the IHRA definition as reason to ban a reception of the Big Ride for Palestine from one of its parks.

Tlaib and Omar are not the first Americans to be barred from entering Israel since it passed a law to ban entry of proponents of BDS in March 2017. Even Jewish Americans were either denied entry upon arrival or denied boarding a flight to Tel Aviv while still on American soil. Ariel Gold who is the national co-director of US left-wing activist group Code Pink and an advocate of BDS was denied entry at Ben Gurion Airport despite securing permission to enter the country to pursue studies in the summer of 2018. A year earlier, Rabbi Alisa Wise of Jewish Voice for Peace was denied permission to board a flight to Israel because of the organisation’s support for BDS.

I myself was denied entry to Israel just after the BDS law was passed in 2017. Like Susan, I was told that should I want to visit the country, I would need to obtain a visa before flying into Tel Aviv. This is despite British citizens not requiring a visa to travel to Israel.

The close security cooperation between Israel and the US probably resulted in the US denying me permission to board a flight to the US in summer 2018, when I was due to visit relatives. This year, PLO Executive Committee member Dr Hanan Ashrawi was denied a visa to the US, despite her visiting and speaking in the country many times in the past. She suspected her visa denial as having “something to do with my outspoken advocacy on behalf of Palestine and critical assessment of Israeli and recent U.S. violations.” This decision – and that to deny entry to others – demonstrates US and Israeli use of entry denial to score political points and to smear peaceful humanitarian activists as undesirable, possibly making them appear a security risk to other countries. One of the founders of the BDS movement, Omar Barghouti was also denied a US visa.

The question to both the US and Israel is do they really think that denying them entry will dissuade them for continuing to campaign for Palestinian rights? Is there any evidence that this policy works? Has the BDS movement seen those that have fallen foul of this policy suddenly decide to reject it accepting that their initial support for it was misguided and that they have now “seen the light”?

The answer is a resounding no in every case. I continue to advocate and write articles critical of Israel, Hanan Ashrawi has not changed her position, neither has Ariel Gold or Alisa Wise. This is despite the personal cost we have all paid. Palestinians with family in Palestine have been denied their human right to visit their families, as have American Jews with family connections in Israel. Ashrawi has been denied the right to visit her children and grandchildren in the US. It pains me that I have elderly relatives in Palestine I may never see again.

When I was denied entry to Palestine friends told me that I should wear this as badge of honour. I was told the same thing when I was denied travel to the US. I do, but I question whether Israel and the US would listen to Rashida, the wise who together with Ilhan are pursuing a moral crusade to bring peace to Israel and Palestine. They should be supported, first by their colleagues in Congress but also by the US president. He could easily tweet “Good luck to Rashida and Ilhan, I hope to learn a lot from them when they return about their thoughts for solving the conflict.”

Now that would be disruptive but peace may become a little closer, certainly closer than his current outrageous “policy” and his “deal of the century”.

Israel has lots to hide but banning supporters of Palestine will not keep its crimes hidden from view.

CNN: “Erin Burnett: Excuse for banning Tlaib and Omar is a blatant lie”