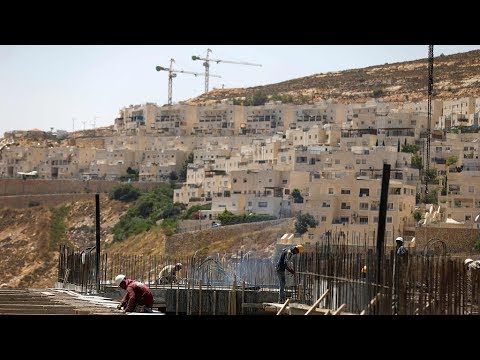 The UN has advanced no further than acknowledging that Israel is seeking to “advance a claim of sovereignty” over settlements in the occupied West Bank. As the Israeli elections approach, the main contenders – Israeli Prime Minister Benjamin Netanyahu and former Israeli army Chief of Staff Benny Gantz from the Blue and White alliance – are prioritising settlement expansion and the elimination of all possibilities of a Palestinian state.

Netanyahu’s alliance with US President Donald Trump has reaped an entrenching of violating Palestinian rights, which the international community has refused to consider as a strategy to displace Palestinians physically and politically. In his latest demands to the US, Netanyahu is reportedly asking Trump to support Israeli sovereignty over settlements. While official diplomatic confirmation of such reports is not yet available, such a move would tie in to the annexation comments made in June by US Ambassador to Israel David Friedman.

US-Israeli actions do not leave space for manoeuvre unless this is for further colonial expansion. While the UN was busy churning out its usual statements on violations dissociated from the wider colonial framework, Israel benefited from US decisions which run contrary to the Palestinian political demands the UN purportedly supports.

In less than two years, the US recognised Jerusalem as Israel’s capital and moved its embassy from Tel Aviv, recognised Israel’s control over the Golan Heights and set in motion plans to exacerbate UNRWA’s financial crisis by withholding funds. The US has also announced its intent to redefine the Palestinian refugee identity in order – ostensibly to render UNRWA defunct. However, the underlying motive is to eliminate the Palestinian right of return from political discourse.

With no political will forthcoming from the rest of the world to halt the colonisation of Palestinian land, Israel generates additional impunity as well as the possibilities for the international community to align itself gradually with US-Israeli interests.

READ: UNRWA schools to open on time despite funding cuts

The Palestine Liberation Organisation (PLO) is calling for international sanctions over Israel’s recent approval of additional settlement construction, yet “welcomes the principled statements of condemnation by responsible international actors”. This constant downgrading of political expectations reinforces the international community’s reliance on perfunctory statements, which also include the occasional deviation from condemnations to suggesting holding Israel accountable. The latter are disseminated as if constituting a breakthrough in a process dominated by international complicity, thus further harming the Palestinian cause for liberation and political rights.

It is no secret that the Trump administration has set an overt plan in motion to support Israel unequivocally. Meanwhile, the international community has yet to clarify its true stance over the colonisation of Palestine. Its refusal to hold Israel accountable at least for its violations points to a tacit agreement to allow a complete deterioration of Palestinian rights before spelling out its duplicitous diplomacy.