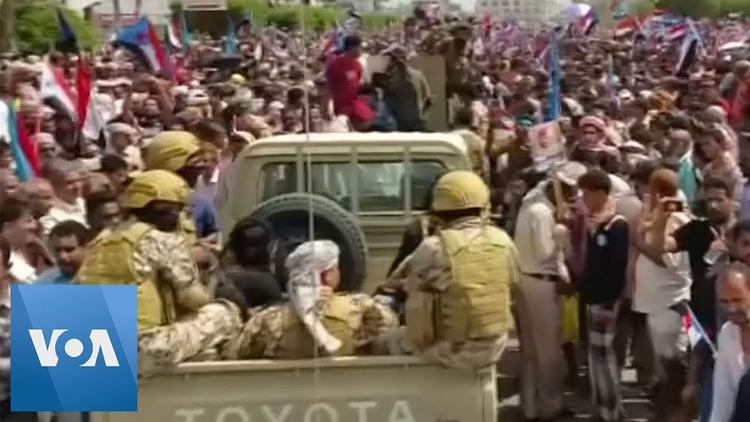 At the beginning of July, the UAE started to reduce its troop numbers in Yemen, signalling a shift in its military engagement. The move has been interpreted as a sign of the Emirates trying to distance itself from its main coalition partner, Saudi Arabia. Despite the troop drawdown, though, the UAE remains a powerful player in Yemen.

Former US Secretary of Defence James Mattis once referred to the UAE as “Little Sparta”. It has been the Saudis’ most important ally, involved in almost every victory or advance made by coalition forces. Hence, Abu Dhabi’s decision to withdraw is likely to seriously weaken the coalition’s positions in the war-torn country. Although the UAE has not disclosed any details about the number of troops being pulled out, it has been reported that the number is a significant portion of the 10,000 that were stationed in Yemen.

While preparing for a possible conflict with Iran is probably the main reason for the withdrawal, other factors should not be overlooked. The cost of four long years of war in Yemen has become a burden for the UAE at a time when its economy is slowing down. Moreover, by reducing its troop numbers, the UAE is also trying to rescue some of its international reputation, which has been damaged by the international outcry over the humanitarian situation in Yemen. The government in Abu Dhabi thus calculates that it will be held less responsible for the crisis that has turned into the world’s worst humanitarian catastrophe.

While UAE officials and media have been reassuring the public that the withdrawal decision was made in coordination with Riyadh, the “redeployment” has highlighted disagreements between the Emirates and Saudi Arabia over Yemen. Some reports indicate that the closest associates of Saudi Crown Prince Mohammad Bin Salman intervened to try to change the UAE’s mind. The Emirati troops have been described as the most competent within the Saudi-led coalition and so their “redeployment” could be a major blow for Riyadh’s war efforts, leaving its own troops more exposed. Despite assurances by UAE officials that their country remains committed to the coalition and its goals, the Emiratis’ move has been interpreted as a slap in the face for Saudi Arabia. The Saudi-led coalition has reduced in size over the years, with Qatar and Morocco pulling forces out of Yemen following a rift with Riyadh.

It is, therefore, unclear how the UAE decision will affect the coalition and Saudi-UAE relations. The Saudis have so far played down allegations about a rift with the UAE. According to Giorgio Cafiero, CEO and founder of Gulf State Analytics, Saudi Arabia has attributed allegations about bilateral relations suffering to Iranian and Qatari propaganda outlets, while simultaneously assuring everyone that Abu Dhabi and Riyadh remain extremely close allies. “Nonetheless, it may prove to be challenging for Abu Dhabi and Riyadh to address their conflicting interests concerning Yemen, particularly the south,” Cafiero told MEMO.

Divergent Saudi and Emirati agendas for Yemen have been apparent almost from the start of their intervention in 2015. Saudi Arabia’s main goal was to defeat the Houthi insurgents and reinstate deposed President Abdrabbuh Mansur Hadi while expanding their influence in the country.

The UAE, on the other hand, has been most interested in gaining greater influence in southern Yemen and control over the strategic port of Aden, along with strengthening its presence near the Mandeb Strait towards the Horn of Africa. The Emiratis have also aimed to strengthen secular forces in the country at the expense of Islamist factions backed by Saudi Arabia. So, with the Saudis having a vested interest in preserving Yemen’s north-south unity, and Abu Dhabi sponsoring various factions that push for southern independence, Cafiero believes that it is simply not clear how the Saudi-Emirati alliance will be affected by upcoming developments in Yemen.

The UAE’s departure should not leave a vacuum, as it has trained some 90,000 Yemeni troops made up of former security personal, tribesmen and militia members from the south that would provide an effective ground force and secure the Emirates’ political leverage in this part of the world. The UAE has also managed to unify all military forces in western Yemen, including those in the port city of Hodeida, under Tareq Saleh, a nephew of the late President Ali Abdullah Saleh, and will continue to provide intelligence and supplies to its southern allies, remaining dedicated to challenging the radical Islamist groups in the country.

According to Anne-Linda Amira Augustin, a political advisor to the Foreign Representation of the Southern Transitional Council at the European Union, writing in her article “Security in South Yemen”, the [troop withdrawal] will not affect the whole country equally, as the UAE redeployment will mainly impact areas like Hodeida. In South Yemen, she believes that little or nothing will change on the ground because security is provided primarily by South Yemenis.

The greatest puzzle for Cafiero is how the Saudi military and various UAE-backed groups on the ground in Yemen will interact. So far, this problem has been more or less neglected as coalition efforts were mostly focused on defeating the Houthi rebels. Now, the new situation on the ground will soon bring to the surface growing differences and opposing agendas between key players in Yemen. The UAE and Saudi Arabia have supported or allied themselves with different political factions and militias, which were often opposed to each other, making the joint fight against the Houthis less effective. There is a general belief that many of these factions are unpredictable and unreliable; that they can change allegiance very quickly.

Moreover, the conflict in Yemen could soon enter a new phase and become a battle for the independence of the southern provinces. The UAE’s support of the southern separatist movement — the Southern Transitional Council (STC) —through backing STC demands for the independence of southern Yemen, has been recognised as a source of future conflict. Some even believe that the creation of a UAE-friendly government in the south has been the main motivation for UAE intervention in the country.

Augustin reminds us that the Republic of Yemen was already fragmented before the war. When the Southern Movement emerged in 2007 demanding social and economic rights, the regime of former President Saleh crushed peaceful protests brutally and the movement then changed its claims and demanded the independence of the territory that once formed the People’s Democratic Republic of Yemen. The ongoing war has served to fragment the country further.

Nowadays, the STC claims to have a strong presence in the different governorates in South Yemen. “Southern actors are better organised and positioned than before the war,” Augustin told MEMO, “and they are not willing to give up their achievements for the reestablishment of a centralised rule in Sanaa, under which they suffered for almost three decades. Going back to pre-2011 Yemen is impossible in today’s circumstances.”

For Cafiero, though, “As Yemen remains a failed state and the UAE continues to assert its heavy influence in the war-torn country, the possibility of Abu Dhabi and its proxies succeeding in re-establishing South Yemen as an independent state is real.”

Stasa Salacanin: A senior correspondent for Qatar’s business newspaper BQ Magazine, Salacanin concentrates on issues relating to the GCC, including in-depth analysis of the oil and gas sector, aviation, hospitality, as well as international relations and geopolitical subjects.

VOA News: “Thousands Rally in Support of Separatists in Yemen”