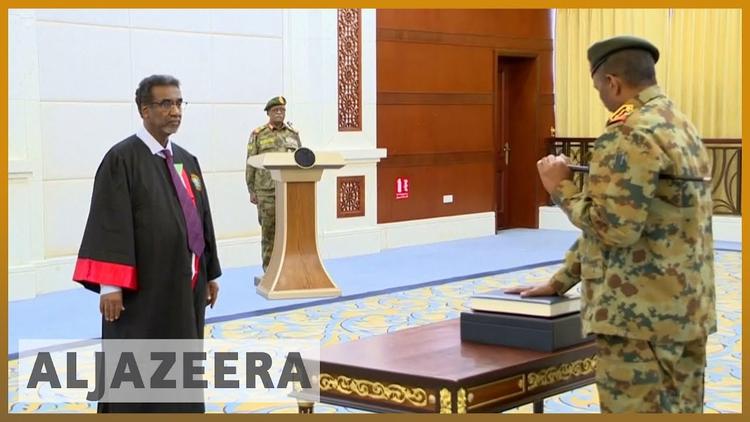 “Sudanese are proud Arabs, they master the Arabic language and their firm Islamic adherence further emphasise their position as Arabs.” Most Sudanese are sceptical, for various reasons, of being referred to as Africans. Their political trajectory, therefore, over the years, has tended to mimic those of the Arab world. However, notwithstanding those insistences, the fact is that Sudanese are socio-politically black and geographically African. Most secularists and the oppressed communities in places like Darfur are perhaps more comfortable with the African identity than most in that country.

The Sudanese Professional Association (SPA), an umbrella body of around 17 trade unions, has also been forthright in its politics and identity. It is this political realisation and forthrightness that helped Sudan navigate one of the most complicated political challenges in its history. Their interaction and proximity to other political engagements in the diaspora and openness to other forms of political alternatives heavily influenced the politics of the opposition in Sudan. Moreover, the involvement of African mediators was also important.

When the protests started in Sudan in earnest on 18 December 2018, few expected the results they yielded earlier this week. On 20 August 2019, the authorities in Sudan enacted the dissolution of the Transitional Military Council (TMC) and appointed new leadership in the country, the Sovereignty Council. DW reports that the council is made up of military and civilian representatives, and will govern for the next three years and three months, ultimately paving the way for democratic elections.

Several political issues triggered protests in Sudan. However, what broke the camel’s back was the escalation of food prices, particularly the price of bread. In the initial stages of the protests, former President Omar Al-Bashir was shuttling up and down the region trying to gunner support oblivious of what was brewing in the country, if not misled by his intelligence apparatus.

However, what started as “food protests” grew into a political movement which later called for his resignation. Subsequently, the government opted for heavy-handed tactics in dealing with the protests. It led to many deaths, some of which Al-Bashir is accused of ordering. Al-Bashir is currently in jail facing criminal charges, including charges of “money laundering”, “financing terrorism” and “ordering the killing of protesters” – the latter is an offence that carries the death penalty in Sudan. Al-Bashir was removed from power by the military on 11 April 2019.

At some stage, Sudan seemed destined to political chaos as the interim military leadership was seen cosying up to “the destructive trio” in Middle East politics, i.e. the United Arab Emirates (UAE), Saudi Arabia and Egypt. Moreover, the deaths of dozens of protestors in Khartoum on 3 June 2019 in what has become known as the “Khartoum Massacre” further strengthen those suspicions. However, Sudan surprised many sceptics when it embarked on a political process involving members of the military and protestors. The process allowed interventions by the Prime Minister of Ethiopia, Abiy Ahmed, and later the African Union (AU).

Outside the internal process led by the people of Sudan, Ethiopia and AU’s intervention was vital in the political process in Sudan. Ethiopia and the AU sent experienced diplomats as special envoys to Sudan, Ambassador Mahmoud Dirir and Mahomed Al-Hassen Labbat respectively. Notwithstanding being the first outside party to be involved in trying to fight a political solution, Ethiopia demonstrated leadership when it assumed a robust supporting role behind the AU, allowing the AU to take the leading role in the process.

The Sudanese political activists, professionals and protestors demonstrated matured levels of civic engagement. Their organised global political and solidarity mobilisation was incredible. Moreover, the visibility of women in the protests and their contribution, without widespread incidences of sexual harassment from fellow protestors as has been the case elsewhere in the region, was also remarkable. It is also important to note that the secular nature of the process did weaken possible backlash from the state. Dictators have often used massive force against protestors, notably if protests had a semblance of Islamic influence. They exploited negative optics surrounding political Islam to justify brutality.

Protests in Sudan also highlighted the rejection of the politics of the UAE and Saudi Arabia in the region. The anti-UAE and Saudi Arabia slogans epitomised the general view of these countries by the people in the area. “The Sudanese protesters know, just like many Muslims all around the world, that the Saudi and Emirate regimes have become the worst enemies of progressive Islam, as well as being agents of the West,” according to the University of Minnesota Professor Abdi Ismail Samatar.