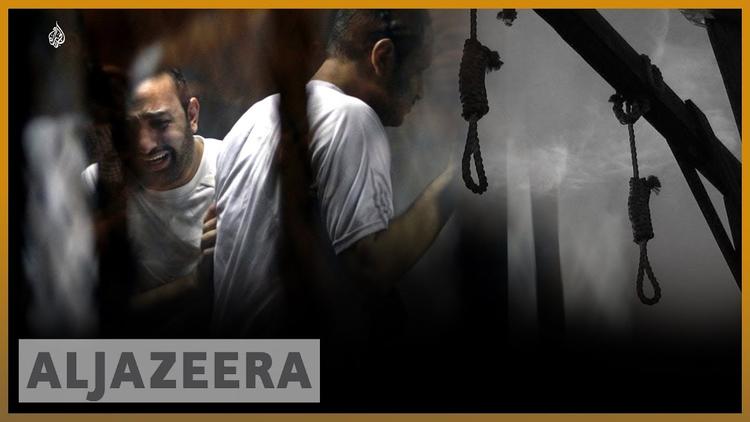 Ann Arbor (Informed Comment) – Trump has long been accused of having a soft spot for dictators, but now he has admitted it, even if only in the form of a jest.

Nancy Youssef, Vivian Salama, and Michael Bender at the Wall Street Journal report that at the recent G7 meeting where Trump saw a delegation from Egypt, he came into the room asking “Where’s my favorite dictator?” referring to President/ Field Marshall Abdel Fattah al-Sisi. They say the joke was met with stony silence from the Egyptians. It is not clear if al-Sisi was present in the room in the Hotel de Palais in Biarritz when Trump so spoke.

Later, the two did a joint photo op at which Trump said, “We understood each other very well. He’s a very tough man, I will tell you that. But he’s also a good man, and he’s done a fantastic job in Egypt. Not easy.”

Both Trump’s remark and the Egyptian reaction tell us a great deal if we attend to them.

Trump is not as naive as he pretends, and he knows very well that the strongmen he admires, from Bolsonaro in Brazil to Kim Jong-un in North Korea are brutal dictators. Trump calls them “tough” and doesn’t care if they oppress tens of millions, as long as they act in ways that support his vision of geopolitics (white America on top, everyone else offering its corporations access to their economies and keeping down any forces that might interfere in all this).

As for the Egyptian elite, it is trying to pretend that the country isn’t a brutal dictatorship. There is an elected parliament, though it is powerless, since genuine power is in the hands of president al-Sisi.

Although al-Sisi took off his uniform and ran for president as a civilian in 2014 and again in 2018 (in phony elections), he remains a mouthpiece of the Egyptian officer corps, which made a 2013 coup against Egypt’s first and only elected president, Mohammed Morsi, who died in prison this past June, apparently from medical neglect. Tens of thousands of members of his movement, the Muslim Brotherhood, were arrested, hundreds were killed, and all were branded terrorists. They had been a legitimate political party that won a plurality in parliament as well as the presidency in 2011-2012 after the Egyptian youth revolution of January, 2011. But now they were abruptly declared a terrorist organization and driven underground. It is true that Morsi had dictatorial tendencies himself and that the Brotherhood perhaps had undemocratic apparati, but their year in office was nothing as repressive as the al-Sisi dictatorship.

Human Rights Watch wrote of Egypt in 2018 (and it hasn’t gotten better this year):

“Since President Abdel Fattah al-Sisi secured a second term in a largely unfree and unfair presidential election in March, his security forces have escalated a campaign of intimidation, violence, and arrests against political opponents, civil society activists, and many others who have simply voiced mild criticism of the government. The Egyptian government and state media have framed this repression under the guise of combating terrorism, and al-Sisi has increasingly invoked terrorism and the country’s state of emergency law to silence peaceful activists.

The government continued to silence critics through arrests and unfair prosecutions of journalists and bloggers, and the parliament issued severely restrictive laws that further curtail freedom of speech and access to information. The intensified crackdown also includes lesbian, gay, bisexual, and transgender (LGBT) activists, artists, and alleged or self-described atheists. Authorities have placed hundreds of people and entities on the country’s terrorism list and seized their assets for alleged terrorism links without any hearing or proper due process.

In addition to using the exceptional State Security Courts, for which court decisions cannot be appealed, authorities continue to prosecute thousands of civilians before military courts. Both court systems are inherently abusive and do not meet minimum due process standards.”

The Trump administraton has continued to give Egypt billions in aid, accepting the cover story that it has gone back to civilian rule (American law forbids aid to military dictatorships that came to power in a coup).

Trump’s joke wasn’t funny to the Egyptians because it is all too true, in ways they cannot afford to acknowledge. Trump made the joke because he does not care about dictatorship or human rights, only getting what he wants.