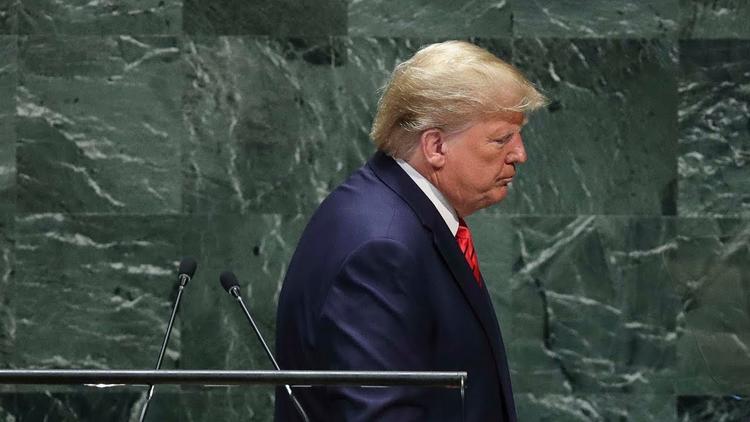 On August 5, 1974, Nixon was forced by the Supreme Court to release the smoking gun tape in which he and his chief of staff H. R. Haldemann had a conversation, in the course of which Nixon could be heard acknowledging his knowledge of the burglary of the Democratic National Committee office files in the Watergate building and the bugging of those offices, and discussing ordering the CIA to lean on the FBI to stop its investigation of the break-in. This tape caused his support among a majority of Republicans in Congress to collapse, making it clear that he would be impeached, and so he resigned.

Nixon did not need to steal the DNC files (which he probably did order, but certainly tried to cover up)– he likely had been well-placed to win reelection. He was just so paranoid that he was sure that the Democrats were conspiring against him and he had to know how.Nixon tried to set in train a break-in at the liberal Brookings Institution and his aide Chuck Colson suggested they firebomb it so that its files could be stolen and it could be wiretapped. (The planned bombing did not take place. But when we used to chant against the “mad bomber in the White House,” we had no idea how right we were).

Nixon was a habitual crook, but he at least retained some notion of what normal people would think of him if they knew who he really was. He at least tried to cover it up.

Trump and his cronies are so far gone that they actually thought that staffers’ summary of his July conversation with Ukrainian president Volodymyr Zelensky would exonerate him. Instead, it has so many Nixonian smoking guns that it single-handedly provoked a smog alert on Capitol Hill.

I edited down the summary a little, and it is clear that Trump began by holding out a carrot (how much we are doing for Ukraine), and then urged him to look into the (untrue conspiracy) theory that Hillary Clinton’s emails were on a server in Ukraine (“crowdstrike”).

Trump went on to withhold $250 million in military aid from Ukraine, which Congress appropriated, and many suspect the suspension of aid was a way of pressuring Zelensky to look into Hunter Biden.

And then Trump wanted to reignite the investigation of the Burisma Holdings natural gas company, on the board of which Hunter Biden served. That investigation had begun years before and went nowhere, and was shelved.

Trump and his fellow conspiracy theorists are convinced that Joe Biden pushed for the firing of prosecutor general Viktor Shokin because he was too energetically looking into Burisma and its CEO. It was the opposite. Shokin, despite his own protestations, was known to have dropped the ball on that and many other investigations, and the European Union, the IMF and the US all wanted him gone.

So Biden would have had to be trying to get Hunter’s company in trouble if he pushed out the do-nothing Shokin. Actually Burisma and Hunter were not the issue. Hunter himself was never under investigation, and the company had long since announced the end of the investigation and its willingness to repay any taxes it still was held to have owed. Biden wasn’t acting on his own behalf but rather was a messenger of the international community in pushing for Shokin’s ouster.

Rudy Giuliani was lobbying for the restart of the Burisma investigation before Zelensky was elected, last spring, and then tried to get his hooks into the new president. Giuliani thinks that Biden will be the Democratic standard-bearer, and that Trump can do to him what he did to Hillary Clinton by spinning crazy conspiracy theories that are amplified by Bob Mercer and Vladimir Putin’s St. Petersburg troll farms on social media, and which might tip the election to Trump.

Zelensky is a comedian and actor who starred in a popular TV show, playing the president of the Ukraine. So he is a neophyte (sort of like Trump) and perhaps easily manipulated.

Here’s the edited summary, which clearly shows that Trump solicited the interference of a foreign power in a US election (which is illegal) and that he held US aid over Zelensky’s head in exchange for a kind of oppo research, which is a form of buying a thing of value for the election and is also illegal.

Declassified by order of the President
September 24, 2019

The President: Congratulations on a great victory. We all watched from the United States and you did a terrific job. The way you came from behind, somebody who wasn’t given much of a chance, and you ended up winning easily. It’s a fantastic achievement. Congratulations . . .

President Zelenskyy: Well yes, to tell you the truth, we are trying to work hard because we wanted to drain the swamp here in our country. We brought in many many new people. Not the old politicians, not the typical politicians, because we want to have a new format and a new type of government. You are a great teacher for us and in that.

The President: Well it’s very nice of you to say that. I will say that we do a lot for Ukraine. We spend a lot of effort and a lot of time. Much more than the European countries are doing and they should be helping you more than they are. Germany does almost nothing for you . . .

The President: I would like you to do us a favor though because our country has been through a lot and Ukraine knows a lot about it. I would like you to find out what happened with this whole situation with Ukraine, they say Crowdstrike… I guess you have one of your wealthy people… The server, they say Ukraine has it. There are a lot of things that went on, the whole situation. I think you’re surrounding yourself with some of the same people. I would like to have the Attorney General call you or your people and I would like you to get to the bottom of it. As you saw yesterday, that whole nonsense ended with a very poor performance by a man named Robert Mueller, an incompetent performance, but they say a lot of it started with Ukraine. Whatever you can do, it’s very important that you do it, if that’s possible.

President Zelenskyy: Yes it is very important for me and everything that you just mentioned earlier. For me as a President, is very important and we are open for any future cooperation. We are ready to open a new page on cooperation in relations between the United States and Ukraine . . .

The President: Good because I heard you had a prosecutor who was very good and he was shut down and that’s really unfair. A lot of people are talking about that, the way they shut your very good prosecutor down and you had some very bad people involved. Mr. Giuliani is a highly respected man. He was the mayor of New York City, a great mayor, and I would like him to call you. I will ask him to call you along with the Attorney General. Rudy very much knows what’s happening and he is a very capable guy. If you could speak to him that would be great. The former ambassador from the United States, the woman, was bad news and the people she was dealing with in the Ukraine were bad news so I just want to let you know that. The other thing, there’s a lot of talk about Biden’s son, that Biden stopped the prosecution and a lot of people want to find out about that so whatever you can do with the Attorney General would be great. Biden went around bragging that he stopped the prosecution so if you can look into it… It sounds horrible to me.

President Zelenskyy: I wanted to tell you about the prosecutor. First of all, I understand and I’m knowledgeable about the situation. Since we have won the absolute majority in our Parliament, the next prosecutor general will be 100% my person, my candidate, who will be approved by the parliament and will start as a new prosecutor in September. He or she will look into the situation, specifically to the company that you mentioned in this issue. The issue of the investigation of the case is actually the issue of making sure to restore the honesty so we will take care of that and will work on the investigation of the case. On top of that, I would kindly ask you if you have any additional information that you can provide to us, it would be very helpful for the investigation to make sure that we administer justice in our country with regard to the Ambassador to the United States from Ukraine as far as I recall her name was Ivanovich. It was great that you were the first one who told me that she was a bad ambassador because I agree with you 100%. Her attitude towards me was far from the best as she admired the previous President and she was on his side. She would not accept me as a new President well enough.

The President: Well, she’s going to go through some things. I will have Mr. Giuliani give you a call and I am also going to have Attorney General Barr call and we will get to the bottom of it. I’m sure you will figure it out. I heard the prosecutor was treated very badly and he was a very fair prosecutor so good luck with everything. Your economy is going to get better and better I predict. You have a lot of assets. It’s a great country. I have many Ukrainian friends, their incredible people.

The President: Good. Well, thank you very much and I appreciate that. I will tell Rudy and Attorney General Barr to call. Thank you. Whenever you would like to come to the White House, feel free to call. Give us a date and we’ll work that out. I look forward to seeing you.

President Zelenskyy: Thank you very much. I would be very happy to come and would be happy to meet with you personally and get to know you better . . .

The President: Okay, we can work that out. I look forward to seeing you in Washington and maybe in Poland because I think we are going to be there at that time.

The President: Congratulations on a fantastic job you’ve done. The whole world was watching. I’m not sure it was so much of an upset but congratulations.