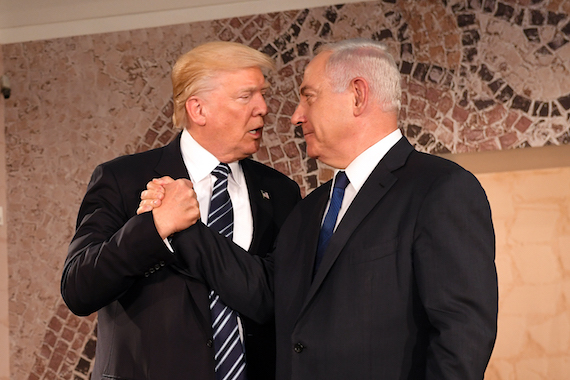 From my point of view, the world was humming along pretty nicely until about 1981 when Ronald Reagan became US President, while Menachem Begin and Maggie Thatcher became Prime Ministers in Israel and Great Britain. Suddenly, all three Western powers took a sharp tack to the far-far right. Though there was a recovery period in the 1990’s under Bill Clinton and in the 2000’s under Barack Obama, the undercurrent of this shift continued to percolate under the surface. Now it’s in full eruption again thanks to Donald Trump and Israeli PM Benjamin Netanyahu, with Sheldon Adelson, their common benefactor. Adelson uses his checkbook and private newspapers in both countries to promote both men.

Many Jews see Carter and Obama as the best friends in Israel’s history, because they continued the American tradition of generous financial, military and logistical support while also holding them accountable. “Friends don’t let’s friends commit political suicide,” is one way to look at it. Carter and Obama both worked to restrain Israel’s worst instincts, including the annexation of the occupied territories and the strangulating blockades of those regions. Both presidents devoted great time and energy to maintaining hope and conditions for a long-term peace process. That necessarily includes captured territories being returned for Palestinian homeland-rule. It also included keeping the American diplomatic HQ in Tel Aviv, and not a disputed area of Jerusalem. Those elements represent an ongoing provocation for Palestinians.

Trump’s decision to appoint David Friedman as US Ambassador to Israel, and Jared Kushner in charge of managing the peace process could not be more counterproductive. Both men are committed ideologues to the far-far right, wedded to Biblical mythology as an element of 21st Century diplomacy. It makes as much sense as appointing a woman from a discredited for-profit college as Education Secretary, or a notorious big-game trophy hunter as Interior Secretary. Oh wait, that happened too!

Reagan was the first to appoint people in Cabinet positions and department heads, with the express intent of undermining the mission and effectiveness of those departments and agencies. Trump’s escalation of this trend has become totally cynical.

The political trajectories of Trump and Netanyahu are intertwined. If there is any doubt, look no further than this campaign billboard. It shows the men in a warm handshake with the caption, “Netanyahu, in Another League.” This implies that these two men have been anointed as kings with imperial privileges and standing, rather than politicians who are held accountable by their respective rules of government. Both men have recklessly broken many rules that stabilized volatile situations for decades, with a mix of false pride, hubris and boastful ignorance. Now they’re brazenly campaigning for one another. The root of this dynamic occurred when House Speaker John Boehner invited Netanyahu to address Congress in a way that showed up Obama, according to Congressman Steve Cohen (D-TN).

Bibi does this to distract and deflect from the various corruption investigations he faces in Israel. So he makes desperate promises to his base that sounds great on a bumper sticker or campaign chant, but is not so easy to implement; like the promise of a wall between the US and Mexico. Israel has two choices: To grant Palestinian statehood, and thus preserve the Jewish character of Israel; or to grant all Palestinians the full privileges of Israeli citizenship. There is a third choice, but that involves the ugly “A” word, which was in play LAST century in Rhodesia and South Africa.

The Israeli election is on September 17, just five months after Netanyahu was unable to form a government after the last one. His opponent is Benny Gantz, a political “centrist” from the newly formed Blue and White Party, who brings many unknowns to the race. He is new to politics because he was the Army Chief of Staff until 2018, and Israeli military veterans are not permitted to run for the Knesset until three years after their military discharge. Neither party expects to win more than 30 seats in the 120-member body, so whomever wins will still have a challenge to form a working government. Netanyahu failed before, and his hand is weaker now, as illustrated by his desperate attempts to rouse the far-far right base with annexation promises, and making Trump the face of his campaign.