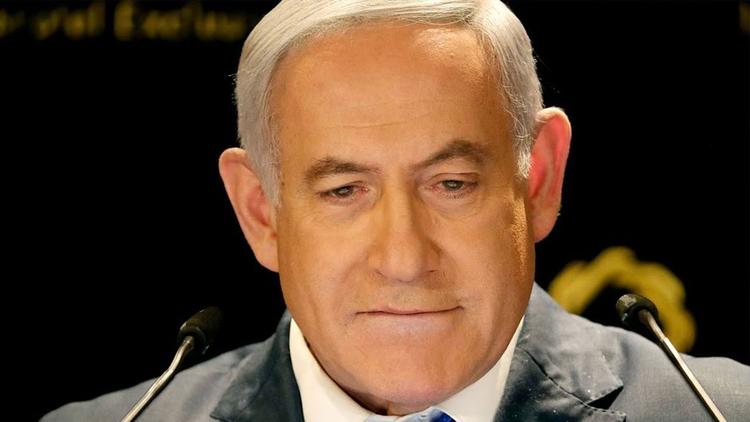 Ann Arbor (Informed Comment) – The Israeli prime minister Binyamin Netanyahu is one of the world players who pushed Trump to breach the 2015 treaty with Iran. Trump then slapped the severest economic sanctions on Iran ever imposed on any country in the absence of war. Trump went around the world menacing other countries into ceasing to buy Iranian petroleum and threatening billions in fines against any company anywhere in the world that invested in or traded with Iran.

This economic and financial blockade was supposed to bring Iran to its knees, push it out of Iraq, Syria and Lebanon, and perhaps (it was hoped by some in Trump’s circles) even pave the way to the overthrow of the Islamic Republic of Iran in favor of the Marxist-Islamic People’s Jihadis (Mohahedin-e Khalq or MEK, which is alleged to have ties to Israeli intelligence).

Instead, Netanyahu and Trump have pushed Iran straight into the arms of China which is investing $400 billion in the country and which is now taking most of Iran’s oil exports. China seems intent on integrating Iran into its economy even more robustly than it had proposed with Pakistan.

In foreign policy, China supports the al-Assad government in Syria and so is a silent partner with Iran and Russia in this regard. Hawks in Washington had hoped to see al-Assad overthrown in favor of Sunni fundamentalists who might join a US-Saudi-Israel axis (this was always a pipe dream and some of the actual Sunni fundamentalists affiliated to al-Qaeda).

China has investments in Iraqi petroleum and was extremely alarmed by so-called Islamic State group or ISIL, which it was afraid would infect the 20 million Chinese Muslims with radicalism. It is therefore happy enough to have a strong Shiite anti-ISIL government in Baghdad allied with equally anti-ISIL Shiite Iran.

In short, China’s close embrace of Iran requires no significant change in Iranian foreign policy, and indeed, promises to strengthen Iran in such a way as to enable it to continue its present policies in the Middle East.

Nor is China interested in the least in Iran’s human rights record or how democratic its government is.

Let’s just imagine what might have happened if the Joint Comprehensive Plan of Action, the 2015 Iran deal, had remained in place and the US had upheld its treaty obligations.

France, Germany and Italy were chomping at the bit to get into Iran. Some 100 French CEOs went to Tehran seeking markets. Iran was on the verge of being inundated with Western consumer goods. Iran was being normalized in diplomacy. It was planning to buy Boeing planes and Airbuses.

Closer integration of Iran into the European and American economy would have added to the country’s prosperity, and would have undercut regime hard liners. Such a dense network of economic ties has political and diplomatic implications. Iran would have had to moderate some of its policies in order to maintain good relations with its new trading partners. European leaders would have pressured it on human rights and democracy, and its hostility to Israel. Moreover, any backsliding on its commitments to keep its enrichment program limited to civilian production of electricity would also have threatened those trade ties.

This scenario would have had substantial benefits for Israel, even if it deprived the Israeli leadership of a pretext for or piece of misdirection for their brutal colonization of Palestine (the West Bank and Gaza).

Trump had his own reasons for canceling the 2015 Iran deal, in which Iran had given up 80% of its civilian nuclear enrichment program and was forestalled from militarizing the program by UN inspections. But it seems clear from the reporting of Ronen Bergman and Mark Mazetti at the New York Times Netanyahu has spent a decade and a half lobbying for the United States to strike Iran. Of course, so too have the Saudis, and the warmonger wing of the Republican Party is full of Genghis Khans dreaming of towers of skulls. Netanyahu and the Israeli political establishment, however, have much more weight in Washington than do the Saudis, and Netanyahu has openly campaigned as a sort of American Republican, working his constituency among evangelicals and deploying the powerful American Israel Public Affairs Committee (AIPAC), which donates big money to US politicians, and mobilizing the full spectrum of what John Mearsheimer and Stephen Walt termed “the Israel Lobby.”

To the extent that Netanyahu played a role here, his plot has backfired monumentally. If the China deal goes through, Iran is much strengthened and its hard liners are entirely unleashed. The positioning of Chinese security forces in Iran will make it increasingly risky for other countries such as Israel or the US to strike Iran, lest they come into conflict with nuclear-armed China.

Netanyahu may have been hoping that Trump would strike Iran for him, but that clearly is not going to happen– Trump’s reading of his base is that they are tired of seeing American blood and treasure squandered in the Middle East. Indeed, Trump may eventually actually hold talks with Iran, an eventuality that clearly scares Netanyahu half to death.

Netanyahu could have had an Iran under the JCPOA that integrated increasingly with the West and became open to Western pressure. He blew it.