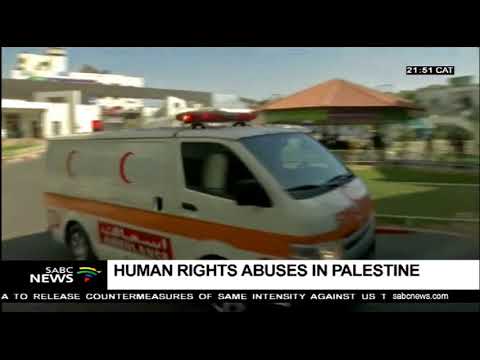 The way to truly defeat Apartheid: A conversation with Na’eem Jeenah and Salim Vally

“Perhaps the time has come for Palestinians and justice-loving Israelis to imagine a new future,” wrote South African intellectuals and academics, Na’eem Jeenah and Salim Vally, in their essay, “Beyond Ethnic Nationalism: Lessons from South Africa”.

This “new future”, according to Jeenah and Vally, “will begin to be built when there is agreement that a new nation needs to be forged within a new state”.

Both writers are the archetype of the true intellectual. Their moral consistency, whether in fighting for a genuinely democratic and representative South Africa, or for justice and freedom for the Palestinian people, has proven unshakable.

I had the pleasure of meeting and conversing with them once more during my last visit to South Africa in September.

While the primary objective of my trip was to address a range of South African audiences on Palestine and the shared struggle between the two peoples, I also had the chance to meet and confer with a large number of well-respected, anti-Apartheid fighters, social justice activists, intellectuals, young scholars and ordinary folk.

For many years, intellectual exchanges between South Africans and Palestinians have influenced the global discourse on Palestine. This should come as no surprise, though. The comparison between Israeli and South African apartheid is as pervasive as it is obvious.

Like other settler-colonial states, South Africa and Israel have utilized the policies of genocide, ethnic cleansing, and racial apartheid to advance and preserve the interests of the colonists while suppressing and marginalizing the rights of the colonized.

That understanding is well established among Palestinians. The Palestinian liberation discourse is dotted with references to the South African system of apartheid and the popular struggle against the racist regime that ruled there until its demise in 1994. The Palestinian Boycott, Divestment, and Sanctions (BDS) movement is itself, largely modeled around the boycott movement of South Africa.

However, in the rush to delineate the similarities between the two experiences – which itself stems from the burning, and justifiable desire for Palestinians to achieve their own “South Africa moment” – some urgent points in the discussions are being omitted. One is the erroneous assumption among many that the official scrapping of apartheid laws will automatically usher in a new age of democracy and equality, thus paving the road for the coveted one-state solution.

The first urgent, and consequential, matter that must be dealt with is that of the national question.

“While it might be tempting to talk about the new state now and leave the question of the new nation for some post-liberatory phase, this would be a huge mistake,” state Jeenah and Vally.

Jeenah, who is the executive director of the Johannesburg-based Afro-Middle East Center, told me that “a significant failure of the South African liberation project was the inability to effectively deal with the national question. This failure, in large measure, also helped ensure the continuation of the massive socio-economic gaps between a small elite and the masses of poor people.”

In fact, inequality in South Africa is so rampant that, according to a recent World Bank study, South African society “remains the most economically unequal country in the world” – a sad reality that has its roots in the very colonial, apartheid system which continues to reflect itself in every aspect of life in that country. This means that while the white minority elites who dominated South Africa for a long time are now legally equal to the poor, black masses living a dismal existence in townships and former Bantustans, the socioeconomic equilibrium has largely remained the same.

OPINION: The Africa-Palestine Conference, why South Africa Must Lead the Way

Vally, an accomplished author, and Professor at the University of Johannesburg described the havoc wreaked by the entrenched inequality in South Africa. “In a sense, while the scaffolding (racially-based discriminatory laws) was removed, the foundation and the house of inequality (and racial capitalism) remains even stronger than it did prior to 1994,” he said.

The tragic, although predictable outcome is that “traditional white capitalists, global capital, a layer of the black middle class and a few black capitalists are, today, the beneficiaries, at the expense of the vast majority.”

The secret Oslo negotiations helped pave the road for the Palestinian equivalent of the “black capitalists” and their adjoining layer of “black middle class”, as described by Vally.

The patronizing nature of reaching an agreement based on secretive talks set the mood for future abominations The secrecy model continued, to include the economic component of the deal – the so-called Paris Protocol of 1994 which transformed into Oslo II the following year.

South Africa’s “economic negotiations, on the other hand, took place largely behind closed doors, and away from the scrutiny of the people and civil society organizations,” Jeenah added.

For Israel and its Washington’s allies the so-called peace process – which was abandoned now that it is no longer useful – was a success story. The minor issues pertaining to Israel’s security were dealt with from the start, and the truly consequential matters were relegated to the “final status negotiations.” The rationale given at the time is that complex issues will be dealt with once enough “confidence-building measures” are achieved.

The South African experience teaches us that such logic is entirely faulty because all matters are connected, and under no circumstances – especially when issues of freedom, justice, inequality, etc. are at stake – should they be delinked.

For example, regarding the “national question,” Jeenah and Vally wrote that it is a matter that has to be “engaged with and addressed immediately.”

“It has to be on the table for resolution in any negotiation process for a new future. If delayed, the disastrous consequences for Palestinians and Jewish Israelis could plunge the region into a deep and long-lasting morass. It was postponed in South Africa and South Africans are now living with the consequences.”

According to Jeenah, one recurring Palestinian misjudgment as far as their strategy is concerned is the overemphasis on the “global anti-apartheid movement” instead of the “oppressed themselves”, that should be “in charge of their liberation”.

He continued, “In the Palestinian case, there is too much shaping and pushing and guiding of the national struggle and the national movement by outside – often hostile – forces. While things are changing, for a while it seemed that Palestinians would not be architects of their own destinies. This includes everything from visions of futures to strategies and tactics.”

Essentially, this means that Palestinians are required in this transitory phase – the end of the “peace process”, the death of the so-called “two-state solution”, etc. – to heed to any outside pressure to compromise on any form of resistance.

“In our case, despite negotiations having begun in 1990, the Africa National Congress (ANC) suspended the armed struggle only in 1993, and that too in order to regain the strategic advantage,” said Jeenah.

“No matter what the views of solidarity activists might have been about the armed struggle, it was a path that our people and movements had chosen, and we were not going to compromise such an important pillar of our struggle (even if its effect was largely symbolic) in order to satisfy those who were in solidarity with us.”

Unfortunately, this has not been the case with Palestine: “Palestine solidarity activists around the world (and governments that claim to support the Palestinian struggle) routinely make demands on Palestinians – particularly in terms of the question of armed struggle.”

Jeenah said that “the readiness of many Palestinian groups to change their positions based on who is demanding is a major obstacle.”

25 years after the official end of Apartheid in South Africa, the lessons of that experience are becoming increasingly clear: the question of nationhood is paramount; inequality is an intrinsic outcome of apartheid that must be addressed with the same urgency as the question of political rights; transparency and inclusion are essential to any meaningful political negotiations, and true solidarity must not be conditioned.