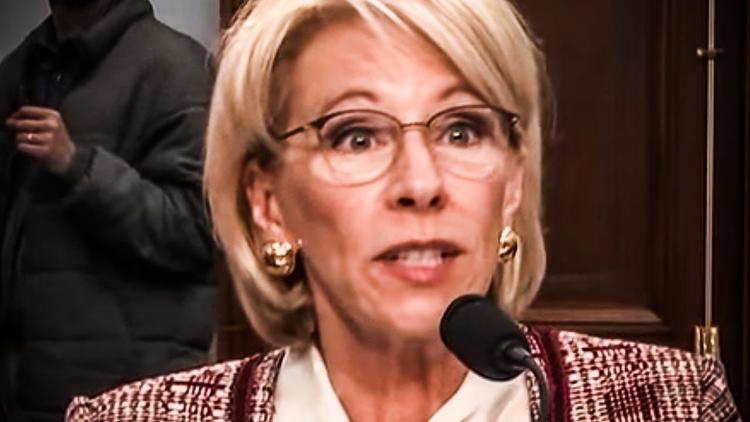 After the Sept. 11, 2001 terrorist attacks, a commission formed to figure out why the attacks occurred. One of the culprits, according to the commission’s 9/11 report, was “lack of imagination.”

With few exceptions, the report stated, government officials could not imagine that Osama bin Laden and his affiliates, hidden in a remote part of Afghanistan, could strike at the heart of America’s financial, military and political power.

“To us, Afghanistan seemed very far away,” the report stated. “To members of al Qaeda, America seemed very close. In a sense, they were more globalized than we were.”

Prior to 9/11, according to the report, few colleges or universities offered courses in Middle Eastern languages or Islamic studies. The commission maintained that this made it difficult to recruit officers qualified for counterterrorism. Even though the U.S. has funded programs in foreign languages and area studies since the Cold War, the 9/11 attacks exposed our comparative ignorance of the Middle East.

The Duke-UNC Consortium for Middle East Studies would seem to represent the answer to the 9/11 report’s call for a broader educational approach to national security. Founded in 2005, the consortium has a substantial number of students studying foreign languages. The program has 300 students studying Arabic, 44 studying Persian, and 91 students studying Urdu, the highest enrollment in Urdu language courses in the United States. Lack of Arabic linguists has been cited as one of the reasons the United States missed critical messages sent by al–Qaiida about the 9/11 attacks a day before they occurred.

The Duke-UNC’s program teaches on topics such as cybersecurity and countering violent extremism. Students may also take courses on music and movies in the Middle East.

But to the Trump administration, the Duke-UNC consortium isn’t doing what it’s supposed to do when it teaches students about Middle Eastern culture through movies, music and concerts.

In August, assistant secretary for postsecondary education Robert King told the Duke-UNC consortium they were using federal funds the wrong way. In a letter published in the “Federal Register,” King informed the consortium that they are spending Title VI funds on unauthorized activities. Title VI of the Higher Education Act funds, among other things, strengthening undergraduate education, research on different areas of the world, and improvement of foreign language training.

“Although Iranian art and film may be of subjects of deep intellectual interest,” King explained, such offerings represent “a fundamental misalignment” between the course offerings and Title VI’s requirement that the programming
advance the “security, stability, and economic vitality of the United States.”

In his letter, King criticizes the consortium for using federal money to support the writing of a paper titled “Radical Love: Teachings from Islamic Mystical Tradition.” He also had a problem with the program sponsoring a concert series that included a performance by hip hop artist Marco Pavé, also known as the “millennial Muslim from Memphis.”

In my view as a political scientist who has written extensively about Islamic political thought, I maintain that these kinds of cultural programming can support America’s national security interests widely construed.

Movies teach a society what other peoples think and feel. They also offer insights into what their legitimate grievances are, such as American support for the Shah before the Iranian Revolution, and what attracts other people to America, such as freedom and music. Films such as “Persepolis” – about an Iranian girl who grows up during the Islamic Revolution – help to humanize Iranians and shed light on the complex relationship they have with Islamic fundamentalism.

The federal government has given the Duke-UNC consortium an annual $235,000 Title VI grant as a National Resource Center to provide a “full understanding” of the Middle East.

The Duke-UNC consortium’s grant has been continued for the 2019-2020 academic year. However, by questioning the consortium’s course offerings, the Trump administration is signaling that it has little regard for academic freedom and that it has a narrow view of what’s important to national security.

When America’s college students – who are America’s future policymakers, security analysts, government and military leaders – watch foreign movies, go to concerts and learn about other religions, it better prepares them for the work that they have to do to keep America safe. This includes recognizing threats as well as establishing peaceful relations with people around the globe. As Terry Magnuson, UNC’s Chancellor for Research, stated in his reply to King’s letter: “Cultural and historical programs provide essential preparation for work in areas of national need.”

To better understand the Duke-UNC consortium controversy, it pays to look at the broader context. Since at least 2014, pro-Israel groups have pushed for the federal government to tighten the leash on how Middle Eastern centers use Title VI funds.

This spring, the Duke-UNC consortium hosted a conference on the conflict over Gaza. U.S. Rep. George Holding, R-NC, asked Secretary of Education Betsy DeVos to investigate. DeVos promised to look into whether the consortium was supporting activities that “reflect diverse perspectives.” Then, King took up the baton with his letter to the Duke-UNC consortium.

A campaign against academic freedom

Scholars have stated that the Trump administration’s action represents an “unprecedented” intervention into academic matters.

Christopher S. Rose, a former Title VI officer, remarked that he has never seen a department of education official “ridiculing courses based on their title.”

Jay Smith, a history professor at the University of North Carolina at Chapel Hill, argues that the Trump administration’s action constitutes “political meddling.” He also said it poses a “clear threat to academic freedom.”

Cliff Smith, Washington project director for the Middle East Forum, defends the Trump’s administration scrutiny of programming that receives education funds dedicated to national security. He offers this thought experiment: “If you were a professor in charge of a class on geopolitical strategy focusing on Iran, and a student wrote a paper analyzing gender roles in Iranian films, would you give the student a passing grade? Would it even matter if his film analysis happened to be good?”

It is fine for academics to debate among themselves how to balance course offerings in the humanities and social sciences in a National Resource Center. For many academics, though, it sends a chill down our spine when a federal agency threatens to defund academic programming whose value it does not see.

One of the recommendations of the 9/11 report was to “institutionalize imagination.” The Duke-UNC program helps further this goal. Courses about Iranian movies, hip hop music and Islam’s mystical tradition are not just of “intellectual interest.” Art and culture, I believe, can help the country envision new threats as well as how to establish good relations across the globe.