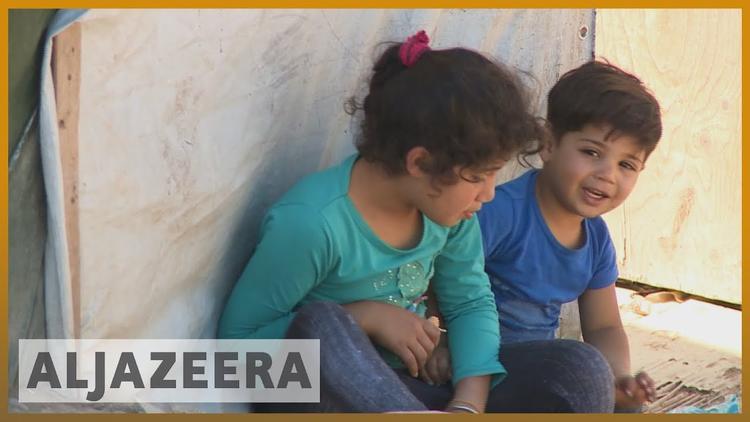 Turkish President Recep Tayyip Erdogan isn’t limiting his assault on neighboring Syria to attacking Kurdish troops that run the country’s northern region. He says the 3.6 million Syrians now living as war refugees in Turkey may also be returned “to their own homes” once northern Syria is wrenched from Kurdish control.

This could be an empty threat. After eight years of welcoming people fleeing Syria’s civil war, the Turkish public is beginning to turn against Syrian refugees. Erdogan may see anti-refugee rhetoric as a way to boost his popularity, which is slumping due to recession in Turkey and years of controversial power grabs.

But if the Turkish president does deport Syrian refugees, he won’t be sending them to a “safe zone,” as promised. These extremely vulnerable people would be deported into the lines of combat in this contested, oil-rich zone.

The forgotten half: Women Syrian refugees

In my experience researching minorities at risk in the Middle East, governments dealing with mass migration often overlook the particular challenges facing the most vulnerable refugees: women, children and LGBTQ people.

The Syrian refugees in Turkey are majorly Sunni Muslim – the same faith that predominates in both Turkey and Syria. However, Syrians are ethnically and linguistically different than Turks.

Syrian refugees differ from the broader Turkish and Syrian public in another way, too: 75% of them are women and children, according to the global nonprofit Migration Policy Institute. Between 2011 and 2017, more than 224,000 babies were born in Turkey to Syrian refugee families. Those children are now stateless, granted neither Turkish nor Syrian citizenship at birth.

This is partially due to a big gap in Turkish language acquisition: 20% of Syrian refugee women complained that lack of language causes exclusion and discrimination, U.N. survey data from 2016 shows, compared to 13% of men.

Even so, 73% of Syrian refugee women told the U.N. that they feel safe in Turkey. That may be related to their resettlement in cities and towns across Turkey, primarily in Istanbul, where they usually live in poor neighborhoods.

Those areas surely feel secure compared to war-torn Syria. They are safer, too, than refugee camps along the Turkish-Syrian border, where rape, human trafficking, prostitution and child marriages have all been reported, according to OBC Transeuropa, a think tank.

Half of all Syrian female refugees were under the age of 18 when they were displaced by war to the Turkish border area.

The exact number of LGBTQ Syrian refugees displaced across the region is unknown, human rights groups say. But Syria – like much of the Middle East and North Africa region – is a dangerous place to be gay.

Homosexuality is illegal in Syria, and both the government and terror groups like the Islamic State persecute sexual minorities. Being gay is culturally unacceptable according to traditional Islamic mores.

Though Turkey does not criminalize homosexuality, it is not always safe for LGBTQ Syrian refugees, either. Gay Syrians have suffered physical and verbal attacks, often with little response from law enforcement or the government.

In August 2016, Muhammed Wisam Sankari was found mutilated and killed in Istanbul, two days after he went missing. Sankari had told police he feared for his life after having previously been abducted, tortured and raped by unknown attackers, according to reports.

Recent crackdowns by the Turkish police in Syrian refugee communities, have been detaining and deporting thousands of Syrian refugees, including LGBTQ people.

The Turkish government denies that it is forcibly returning refugees to a war zone, which would be illegal under Turkish and international law.

For LGBTQ Syrians, going home may be a death sentence.

In August 2019 a transgender Syrian woman named Ward told The Guardian newspaper that she feared being deported to the Turkey-Syria border because the al-Nusra terrorist group, a branch of al-Qaida with 5,000 to 10,000 fighters in western Syria, would kill her.

Ward was deported days later. She was last seen in late August being forced into the trunk of a car by militants in Syria, according to the Guardian report.

Erdogan’s stated purpose in invading Syria is to rid its northern region of the Kurdish Worker’s Party – an armed militia and political party known as the PKK – and create a “buffer zone” between the two countries.

The PKK has been a thorn in Turkey’s side for the past 41 years.

With Syrian government support, PKK leader Abdallah Ocallan has been threatening the Turkish government with a Kurdish separatist insurgency long before Erdogan’s presidency.

The United States, like Turkey, considers the PKK to be a terrorist organization.

But in Syria the U.S. had, until its recent military withdrawal, allied itself with other secular and progressive Syrian groups, namely the Syrian Democratic Forces.

The Kurdish minority in northern Syria, as in nearby Iraq, has long been stuck between Ocallan’s armed militia, the Turkish government and their own authoritarian leaders – used and abused, my research finds, by politicians seeking to further their own regional agenda in the Mideast.

Returning Syrian refugees to this battleground would make them the “buffer” between these warring forces, turning more vulnerable people into collateral damage of a greater geopolitical war.