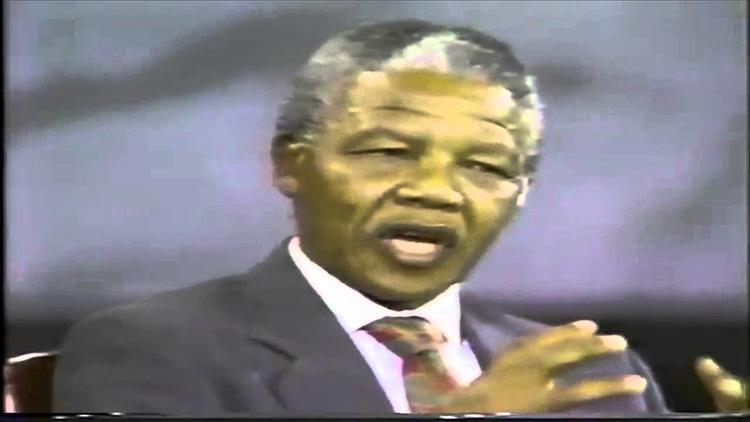 At a recent conference in Cape Town, the church denounced “Israel’s ongoing ill-treatment and oppression of Palestinian people, and the historic prophetic role played by the church and international community in fighting Apartheid, and any form of discrimination and injustice.”

Mandela was brought up by a deeply religious Christian mother, and attended a series of Methodist schools throughout his youth.

In his 1994 autobiography, Long Walk to Freedom, Mandela recounted the often contradictory nature of being brought up in a colonial education aimed at “natives”, such as himself.

“The educated Englishman was our model,” he narrated, “what we aspired to be were ‘black Englishmen,’ as we were sometimes derisively called. We were taught – and believed – that the best ideas were English ideas, the best government was English government, and the best men were Englishmen.”

But, like many religious traditions tied up with colonial empires, the legacy of Methodism in southern Africa contained varying, and sometimes contradictory, tendencies.

As well as these colonial impulses, South African churches were also venues for the liberation struggle.

The most famous figure in this regard is, of course, the Archbishop Desmond Tutu. The Anglican church’s most titanic anti-apartheid veteran is also a vocal critic of the Israeli apartheid against the indigenous Palestinians, which he has described as being even worse than South African apartheid.

But the Methodist church too had its own figures of progress, and the church has long opposed apartheid.

Seth Mokitimi, one of Mandela’s teachers, later became the first black president of a major South African denomination – a move that required courage during the height of the apartheid regime in 1964.

Mandela’s religious convictions stayed with him beyond his childhood. In his memoir, he also recounts being “proselytised” (a tellingly religious term) for communism by “my first white friend,” Nat Bregman.

During Mandela’s early twenties, he and Bregman worked together in Johannesburg at a law firm run by a liberal Jewish sympathiser with the African National Congress (ANC) (whose armed wing Mandela would of course later go on to found).

All his life, and especially during the Cold War, Mandela famously denied being a communist, including during the ‘Treason Trial’ he was subjected to in the 1960s.

READ: The powers that supported Mandela’s arrest are supporting apartheid in Israel today

Be that as it may, Mandela, in Long Walk to Freedom, wrote that Bregman’s entreaties towards joining the party didn’t win him over at the time, and that one of the reasons he did not join was because of his Christianity: “I was also quite religious, and the party’s antipathy to religion put me off.”

The adoption by Mandela’s church, of the BDS movement, then is hugely symbolic.

It is a recognition of how the BDS movement was explicitly modelled on the South African anti-apartheid boycott movement. More than that, it shows, once again, the leading role that South African activists are playing in the global movement for justice in Palestine.

They recognise apartheid when they see it.

The Methodist Church of Southern Africa’s policy on the boycott of Israel is a particularly good one. It instructs Methodists to boycott “all businesses that benefit the Israeli economy,” as BDS South Africa explained.

The church has also called for a “boycott of all Israeli pilgrimage operators and tours” and is urging Christians visiting the Holy Land to instead “deliberately seek out tours that offer an alternative Palestinian perspective.”

These are principled and practical measures that can have an impact on Israel. Slowly, but surely, BDS is making its mark.

Israel now dedicates untold millions of dollars towards fighting BDS – a sign that the strategy is having an effect.

South African churches’ BDS policies are something for us to emulate, and work towards in the West.