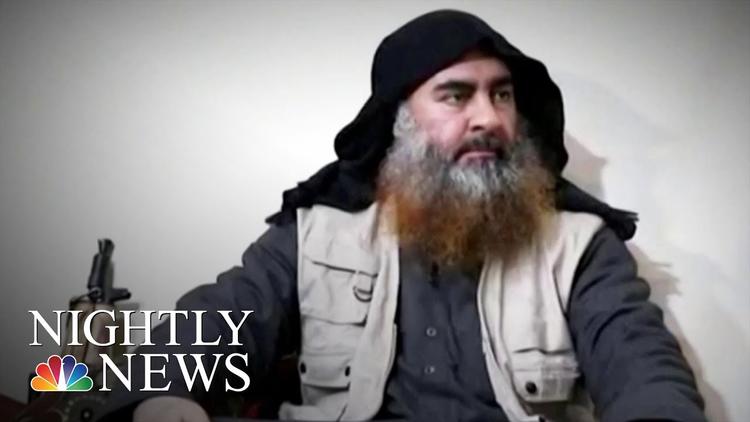 Ann Arbor (Informed Comment) – “Abu Bakr al-Baghdadi,” the nom de guerre of the notorious Iraqi terrorist Ibrahim al-Samarrai, is dead, killed in a US special forces raid on his compound in Syria’s northwest Idlib province. Declared a “caliph” in 2014, this minor cultist helped turn the Fertile Crescent into a charnel house. From a village near the mostly Sunni Arab city of Samarra, he barely graduated from high school and, in secular, socialist Iraq, was shunted to the less desirable Islamic University of Baghdad, where he studied some Islamic subjects, likely at a low level and mainly by rote.

Unlike what the Western obituaries say, he was not “an Islamic scholar.” He maybe gave some sermons in a small local mosque.

Baghdadi was in US custody in Iraq in 2004, and in the prison camp he made some of the contacts that later formed the ISIL terrorist organization. The US at any one time held 25,000 Iraqi young men in camps on suspicion of trying to resist the US military occupation, brutalizing and further radicalizing them. Some, as at Abu Ghraib, were tortured and humiliated.

ISIL did not arise organically from Islam. There was little violent religious extremism among Sunnis in Iraq before the United States invaded in 2003. Iraq had had a secular, socialist ideology and its government refused to put Islam in the constitution as the religion of state. Bush installed a Shiite sectarian government allied with Iran and pushed Iraq’s Sunni Arabs into such despair that some of them turned to “al-Qaeda in Mesopotamia,” which morphed into the “Islamic State of Iraq,” and then after the Syrian revolution of 2011 became the “Islamic State of Iraq and the Levant.” Had there been no American invasion and occupation of Iraq, there would have been no ISIL. US warmongering has sown dragons’ teeth throughout the Middle East.

Al-Baghdadi and his movement did enormous damage to the image of Islam in the world, and committed genocide against Muslims, as the term is defined in the Rome Statute that established the International Criminal Court. One of the insidious ways al-Baghdadi and his fellow cultists worked was to trick the Western media, where many journalists know nothing serious about Islam or the Middle East.

Just calling his organization the “Islamic State” was one way of trolling everyone. Baghdadi’s beliefs and practices were so far out of the mainstream of normative Sunni and Shiite Islam that they may as well have been Martians.

As I have noted before, it would be as though a guerrilla group in Mexico or Colombia declared that their name was The Vatican. And if the press fell for it, then every time the group massacred villagers, they’d be obliged to report that “Today the Vatican massacred 63 with machetes in the highlands.”

Since Western journalists actually know what the Vatican is and what Roman Catholicism is, they wouldn’t fall for this trick.

Nor was his ramshackle terrorist statelet a “caliphate.” People in the Muslim world, in urbane cities like Cairo and Beirut, laughed at his pretensions, calling Baghdadi the “Rolex Caliph” after he showed up at the pulpit sporting pricey bling.

Violent cults like ISIL grow out of social conditions. They tell you nothing about the character of the religion out of which they emerge. In East Africa, the Lord’s Resistance Army has terrorized Uganda and its neighbors, coming out of local interpretations of Christianity. In Japan, Om Shinrikyo put sarin gas in the Tokyo subway in 1995, sickening thousands (they were trying to commit mass murder). They are a Buddhist offshoot and were trying to provoke the advent of the next Buddha. Buddhists are often appalled to hear this, and protest that Om Shinrikyo is not Buddhism. Right. And ISIL is not Islam in exactly that sense

On June 14, 2014, ISIL massacred 1700 Shiite cadets of the Iraqi military whom they had taken captive, in the most horrible ways.

Or then there was the Jordanian pilot whom they shot down, captured, and set afire in a cage.

A. J. Arberry translated the chapter of Muhammad in the Qur’an, 47:4, concerning prisoners of war this way: “tie fast the bonds; then set them free, either by grace or ransom, till the war lays down its loads. So it shall be; and if God had willed, He would have avenged Himself upon them; but that He may try some of you by means of others. And those who are slain in the way of God, He will not send their works astray.”

That is, once the enemy is taken prisoner, they should either be simply released, or they should be ransomed back to their colleagues as a sort of war indemnity, and this should be done while the war is still going on.

Later Muslim tales from 130 to 300 years and more after the Prophet Muhammad’s death tell all sorts of war stories about early Islam. But the Qur’an is our only primary source for very early normative Islam, and its attitude toward prisoners of war is quite clear. Wealthy Roman generals of that era (the 500s and 600s) were known to pay a ransom for soldiers they had captured (see John of Malalas) as well.

Or there was ISIL’s genocide against the Izadi Kurds of the Sinjar region. They are non-Muslim but believe in God, following a religion influenced by ancient Iranian beliefs.

The Qur’an 2:62 promises paradise to “whoever believes in God and the Last Day and does good deeds.” Izadi Kurds have been living in Northern Iraq for centuries. Like all minorities, they often had a hard row to hoe. But they weren’t ethnically cleansed by the Ottoman sultans, who also claimed to be caliphs or vicars of Muhammad.

I discuss the values of the Qur’an, the Muslim scripture, in my new book,

The ISIL cult is not gone, and extremism continues to have a purchase in the Fertile Crescent. Trump refused to spend tens of millions of dollars expropriated to rehabilitate the Raqqa region of Syria after ISIL was defeated there. People in eastern Syria were brutalized and then suffered enormous damage as the US bombed their towns and villages to defeat ISIL, which had taken them over. They have nothing. Is it wise to leave them twisting in the wind?