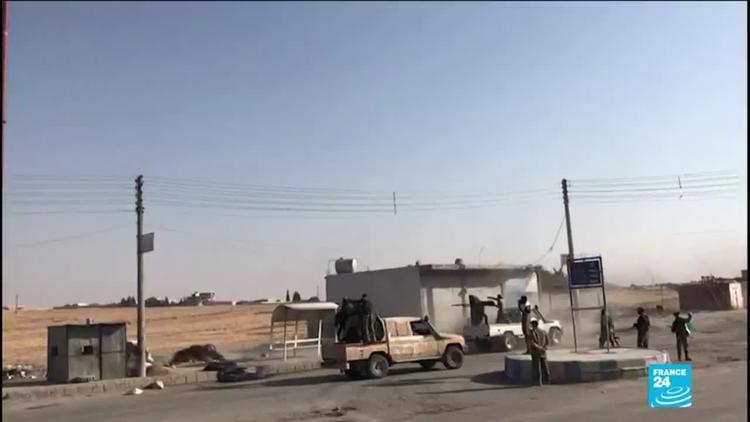 (Human Rights Watch ) – Turkey’s plan to create a 32-kilometer “safe zone” in Syria where it could relocate one million Syrian refugees is woefully misguided and dangerous – and bound to fail.

Turkey’s military operations in northeast Syria could displace civilians currently living there and put in danger any refugees moved into the zone. There are also serious concerns that the 12,000 Islamic State (ISIS) fighters currently being detained by the Kurdish-led Autonomous Administration in the area may escape custody.

The notion of “safe zones” for refugees to return to has always been a fraught one. Where created during past conflicts, “safe zones” have rarely been safe. Without adequate safeguards, the promise of safety can be an illusion when “safe areas” come under deliberate attack, as they did in Srebrenica in 1995. Combatants often take advantage of the existence of a “safe zone,” sometimes mingling with civilian populations and using the area to launch attacks, making the “safe zone” a valid military target. Safe zones by their nature are also rich sources for armed groups to grab humanitarian aid and new recruits – putting civilians, including children, at additional risk. The creation of a safe zone may also suggest to belligerent forces that civilians outside the zone somehow have less protection from attack.

Turkey’s incursion could also displace hundreds of thousands of Syrians in affected areas – exacerbating the Syrian displacement crisis. The International Rescue Committee predicts the conflict will displace a further 300,000 people immediately. Humanitarian organizations operating in the area have also raised concerns about the lack of infrastructure in the area to host a million Syrians returning from Turkey.

Turkey’s own forced return of some Syrian refugees since December 2017, its closure of the border with Syria since March 2015 to asylum seekers, and the shooting of asylum seekers on smuggling routes – reportedly killing over 430 since 2011 – suggests that Turkey’s aim is to prevent further fleeing Syrian civilians from entering Turkey rather than genuinely providing protection.

Regardless of whether it creates this “safe zone,” Turkey should not use it to justify keeping borders closed to asylum seekers or forcibly returning refugees, both of which violate its obligations under international refugee law. The European Commission, EU member states, and other large donors to the refugee response in Turkey should publicly call on Turkey to meet its obligations and ensure that refugees truly are safe, and not sacrificed for political expediency.

France 24 English: “Who are the Syrian National Army?”