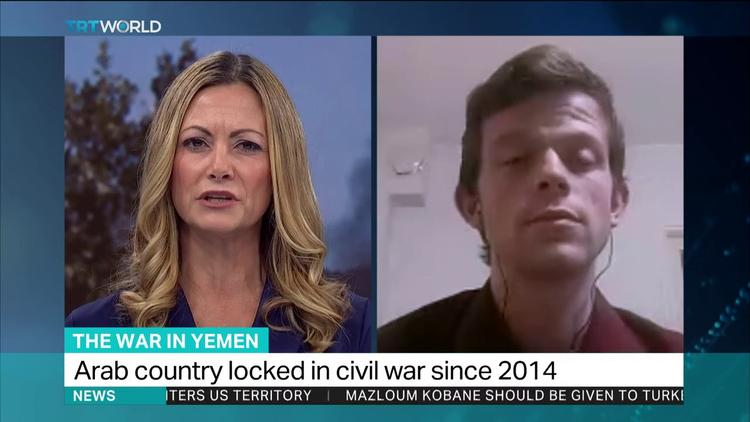 London (Informed Comment) – Distant hopes for peace in Yemen were revitalized following the finalizing of a draft agreement on October 27, to unify the government of Abdrabbuh Mansur Hadi and the Southern Transitional Council, after tensions had erupted between both sides. On the surface, the deal would aim to end a deadly stand-off between Hadi and separatist forces, and create a long-standing framework

Yet this should be looked at as an attempt for Saudi Arabia and the United Arab Emirates to preserve their alliance in the country, and ultimately maximize their joint control there. As both states hold diverging interests in Yemen, having jostled for geopolitical influence, this deal enables them to compromise whilst not conceding much ground to the other. Yet this will undermine any legitimate peace hopes, considering years of outside intervention in Yemen has caused instability in the country.

Analysts had speculated over a fallout between Riyadh and the Abu Dhabi following the STC launching a coup in Aden on August 10, then pursuing a campaign to forcibly capture the south.

While the coup revealed to the world that Saudi Arabia and the UAE are not on the same page in Yemen, having backed different sides, such trends had existed throughout the war, and had quickly been resolved between the two allies. For instance, this can be seen in the Saudi move to negotiate a partial UAE military withdrawal from Socotra island in May 2018, after Abu Dhabi had proliferated its militia presence there.

Both states have a vital regional alliance, often driven by mutual concerns such as crushing democratic transitions, which could inspire stronger calls for reforms within their own systems and countering Iranian influence. Furthermore, both have a mutual alliance which legitimizes each other’s intervention in Yemen.

Should the draft deal materialize, the Saudi-backed Hadi government will regain control over the south and the UAE-backed STC and its militias will merge into a new unity government. This will create a form of a power-sharing agreement.

Yet the Hadi government and STC are still not on the same page over who will control what in Yemen. Both sides have conflicting interpretations of what the deal entails. Hadi sees it as an opportunity to restore his legitimacy and reunify the coalition against the Houthis in the north, where his government still has minimal influence. Really, Hadi is aiming to maximize his control over the south after having conceded presence in the north following the Houthis’ September 2014 coup of Sanaa, which the rebel faction still firmly controls.

Meanwhile, the STC has not renounced its calls for southern secession and sees this deal as an opportunity to secure long-term independence and control over the south. Temporarily ceasing its pursuit of violence, the STC is following the lead of its key Emirati backers, pragmatically operating to secure greater influence in Yemen’s politics.

Furthermore, the STC, like the UAE, has a staunch opposition to Al Islah, Yemen’s Muslim Brotherhood franchise. As Hadi’s government is allied with them, it is hard to imagine that either of these forces would accept a power-sharing agreement with Islah in the long-term.

As Riyadh and Abu Dhabi aim to empower their preferred factions, they will still utilize them as pawns in order to secure their long-term goals. Abu Dhabi could still use its clout with the STC to gain influence over Aden’s port, which president Hadi would oppose. Particularly after Hadi had originally scrapped the Emirati-owned Dubai Ports World’s control over it in 2012, showing he is a hindrance to the UAE’s ambitions.

As with past peace efforts, such as the December 2018 UN-led peace talks, which have stalled, this peace agreement only offers ambiguous solutions addressing the symptoms of the conflict. Meanwhile, the war’s causes are once again ignored. These efforts only address a section of the war, as Yemen hosts a diverse range of groups with various wishes. After all, it is mostly being pushed to alleviate the divisions between Saudi Arabia and the UAE, rather than delivering peace and stability to the country. Other Yemeni factions such as the Houthis and local rulers may notice it as an outside attempt from these two powers to exert their will on the country, which could lead to further disagreements and conflict.

It also fails to address the widespread instability and humanitarian emergency in the country, which could give rise to further conflict. Not to mention that Yemen’s humanitarian crisis, which the UN called the “worst in the world”, puts millions of Yemeni lives at risk of starvation, cholera and other severe ailments.

The deal only addresses the wishes of external powers in the country, imposing a top-down solution to the violence. Additionally, such external interference has caused problems in Yemen for decades. Meanwhile, independent factions and Yemenis themselves are not say in the process, which has been a trend since the unfinished 2011 Yemeni revolution, which left behind unsolved grievances.

Only by ending international interference in the country and giving a greater platform for Yemenis to determine their own future, can there be more hopes of ending the conflict.