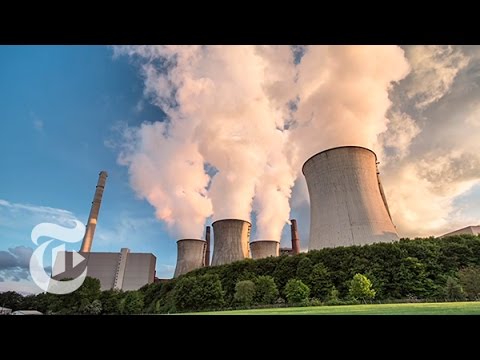 When it comes to tackling climate change the UK is still taking baby steps. A lot more needs to be done – and fast – to hit the 2050 net zero carbon emission targets, which involves offsetting any emissions by absorbing an equivalent amount from the atmosphere.

While this process can build on future innovations, the technologies are actually already in place to make a real difference – technologies that, of all things, are based on the skills of the oil and gas industry.

The world is currently approaching an average global temperature increase of 1ºC compared to pre-industrial times, largely attributed to increasing atmospheric levels of carbon dioxide (CO2). Meanwhile, the BP Energy Outlook predicts a future increase in the use of fossil fuels.

The world population is growing and more people will be moving from low incomes to higher ones, resulting in a higher energy demand towards the end of the century. So achieving net zero carbon emissions by 2050 will be a tremendous challenge, requiring engineering solutions at mega-scale.

The world already has effective engineering solutions to manage climate change and to limit global temperatures from rising above 1.5°C – a target set by the Intergovernmental Panel on Climate Change (IPCC). But there is a desperate lack of conviction from politicians and society to address the climate emergency.

Morgan Stanley estimated that meeting the 2050 targets requires an investment of US$50 trillion. Put into perspective, that’s about 50 times the company value of Apple.

The report states that investments need to be in electric cars, renewables, hydrogen, carbon capture and storage (CCS) and biofuels. Many of these technologies rely on the need to use the geological subsurface for producing heat in the form of geothermal energy, permanently storing carbon dioxide or for temporarily storing hydrogen. For CCS, CO2 is pumped into porous underground formations (such as water-bearing saline formations or depleted oil and gas reservoirs) at a depth of 1km or more, where a tight sealing layer prevents these fluids from leaking towards the surface.

In Australia, for example, oil and gas giant Chevron has started a large-scale CCS project where 3.4-4 million tons of CO2 will be stored beneath the seafloor annually, but this initiative is by no means unique. There are currently around 18 international CCS projects that are removing between 30 and 40 million tons of CO2 each year. While these figures may sound impressive, they only represent about 10% of emissions produced by the UK alone each year.

CCS is a technology that can be linked to large-scale fossil fuel combustion for decarbonising the energy sector. It can also be linked to direct CO2 capture from the air or CO2 produced from using biofuels, both having the potential to achieve net negative CO2 emissions.

According to the recent IPCC special report, CCS, when deployed globally, could amount to a reduction of hundreds of billions of tons of CO2 emissions by 2050. The scale of the problem is vast and existing global projects need to be scaled-up between 100 and 1,000 times their current size to be truly effective.

Another energy solution – where size is not an issue – is harnessing the tremendous heat that lies beneath the Earth’s surface to generate electricity and heat. Investment in these geothermal energy projects is increasing, but not at the pace required.

Geothermal energy can provide decentralised, affordable and continuous energy to heat homes or produce electricity. While this energy is right beneath our feet, progress on adopting it is slow due to a lack of investment and political support compared to other renewable energies such as wind and solar.

While the operational cost of geothermal energy production is competitive with other renewable energies, the downside is that investment costs are high, especially when producing from a greater depth. As a consequence, installed capacity is less than 1% of the global electricity consumption.

The same is true of progressing towards a hydrogen economy. Hydrogen can be produced in many ways and used to heat homes, fuel cars or produce electricity. Hydrogen reacts with oxygen to form pure water. It can be produced from renewable energies or from natural gas in a refining process.

The drawback of a hydrogen economy is that it produces CO2 as a by-product, which must ultimately be integrated into the CCS chain. Hydrogen consumption is demand-driven while renewable energies produce energy independent of demand. Overproduction can temporarily be stored in geological formations, and back produced when demand is increasing.

All these technologies depend on using the subsurface either as a temporary or permanent solution. It requires the expertise of geoscientists and petroleum engineers – highly skilled specialists who have delivered a fossil fuel-based economy in the past, and who will contribute to providing energy in the future. But more than that, it calls for visionary political ideas and legislation. For many people it is a crucial issue in the December general election.

But given what is required, society has still not yet fully recognised the urgency required to combat climate change. An energy transition at this scale will change the way people live and work, but it will also require people to properly grasp the scale of the problem. Student activist group Fridays for Future and groundbreaking young campaigners like Greta Thunberg pave the way. But only political leadership, policies and funding can make it happen.