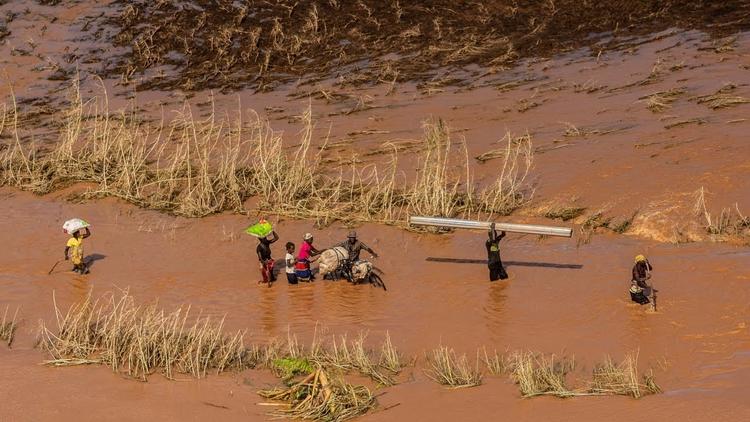 40 percent of Americans can’t afford a $400 emergency — and more emergencies are coming.

We’ve already seen why. In 2004, Hurricane Katrina ravaged the Gulf Coast, leaving many thousands displaced and unemployed. In 2017, Hurricane Maria fell upon Puerto Rico, destroying homes and disabling the power grid for more than two years.

Katrina left families trapped on roofs and wading through floodwater. Thousands were trapped in the Superdome stadium for days, under National Guard surveillance and subject to dismal conditions. In Puerto Rico after Maria, neighborhoods were flattened and roads were destroyed, while patients died preventable deaths in hospitals without power.

Why do these storms hit the poor hardest?

For one thing, poor households tend to be concentrated in vulnerable places. We see this in cities, where rich neighborhoods are segregated from poor neighborhoods. Low-income neighborhoods on high ground in Miami, for example, are being forced out by rising real estate prices. This forces poor communities to relocate to lower, more vulnerable land.

But we see it in rural areas too, which experience higher average levels of poverty than suburban or urban areas. These places are more likely to have land-dependent agricultural economies, which can be devastated by flooding — like large swaths of the Midwest were this summer.

Another problem? Old infrastructure systems, from coastal riprap and levees to the public transit systems poor people are more likely to use, are falling apart. This leaves poorer areas more likely to experience disaster — and less able to continue their daily lives after it strikes.

Making matters worse, the systemic bias of government disaster recovery programs can be as bad as the storms themselves.

Despite repeated warnings, FEMA failed to adequately prepare for a Category 5 hurricane in Louisiana before Katrina, leaving thousands without shelter or direct assistance after the storm.

Somehow the agency was no better prepared for Maria over a decade later.

Finally, there’s the simple fact that poor people are made vulnerable by their very poverty.

If you’re poor, you’re more likely to have more debt than savings, less likely to own real estate or investments, and

If you think this couldn’t affect you, think again. Nearly half of Americans can’t afford even a $400 emergency. And as climate change causes more hurricanes and other disasters, we’re going to see a lot more of those emergencies.

For one thing, we must reinvest in protective infrastructure and reform government agencies that show bias against poor communities. Additionally, the government could provide disaster insurance to the poor so that the savings gap is less destructive.

We should put the voices of poor people first in developing these reforms. We must give organizations like the Maria Fund, which seeks to address the effects of hurricanes on vulnerable people through community organizing, a place at the head of the table.

Most importantly, we need less poverty to begin with. Hotly debated programs like tax reform, reparations, and a universal basic income would diversify and expand capital ownership by poor households.

They say a rising tide lifts all boats. But in reality, a rising tide drowns dinghies before it drowns yachts. If we’re going to survive the climate crisis together, we need to recognize — and combat — its effects on poor American communities.

Theo Wuest is a Next Leader at the Institute for Policy Studies.