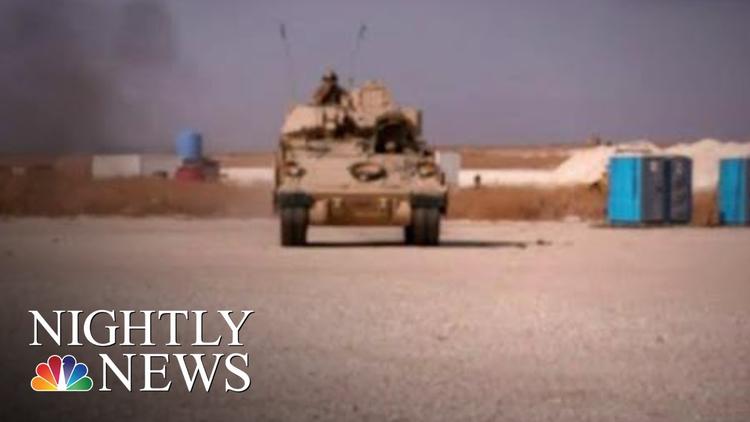 Ann Arbor (Informed Comment) – Lolita C. Baldor at the Associated Press reports that Trump has been prevailed upon by the US officer corps and national security officials to authorize some 600 troops to guard the Syrian oil fields in Deir al-Zor province, in addition to the 200 already in the Tanf pocket. Kurdish troops still hold much of this Arab territory, having taken it from ISIL with US air support, and the mission is advertised as allowing the Kurds to continue to pump oil from this region while denying it to ISIL and the Syrian government. Kurds, however, may or may not be willing to work closely with the US after Trump betrayed them.

The Russian deputy minister of foreign affairs, Sergei Vershinin, insisted in response that the oil fields in Syria belong to the Syrian government. He added that while Russia has cooperated militarily with the United States in Syria in other respects, Moscow refused to cooperate with Washington in its occupation of the oil fields. Since Russia flies war planes in support of the Syrian Arab Army, failure to share such information with the US would potentially put American troops in danger.

Russian member of parliament Alexander Vershin went further and denounced Trump as Hitler for his invasion of Syria over oil, recalling that the Nazi leader launched invasions for the same goal. Russians may still smart from Hitler’s opening of a second front, in which he attacked the Soviet Union in hopes of ultimately marching on Azerbaijan and capturing Baku’s oil. As it was, the Western blockade of Hitler’s Germany, which has almost no oil of its own, was making it impossible even to fuel his tanks.

There is also the question of what would happen if the Russia-backed Syrian Arab Army came into Deir al-Zor to grab an oil field when the US wasn’t looking (600 troops can’t be everywhere all the time). Would the US fight Syria to recover Syria’s oil fields? As Baldor’s interviewees note, that would not be exactly self-defense and would likely be illegal in international law. And what if a Russian air strike in support of Damascus hit American personnel, killing or wounding them? That would be a major crisis between the two powers.

Trump abandoned the Kurds to a Turkish invasion in October, announcing that he was withdrawing some 1,000 US special operations personnel from Syria and leaving the Kurds to the tender mercies of Turkey, Russia and the Syrian government. Despite Trump’s bluster about bringing the troops home, it appears that all they have simply been sent south from near the Turkish border to Deir al-Zor. Whereas their rational had originally been to defend the US from the ISIl terrorist organization, which is possibly legitimate in international law, their new mandate is simply to occupy the Syrian oil fields and deny them to the Syrian government, which is likely a war crime.