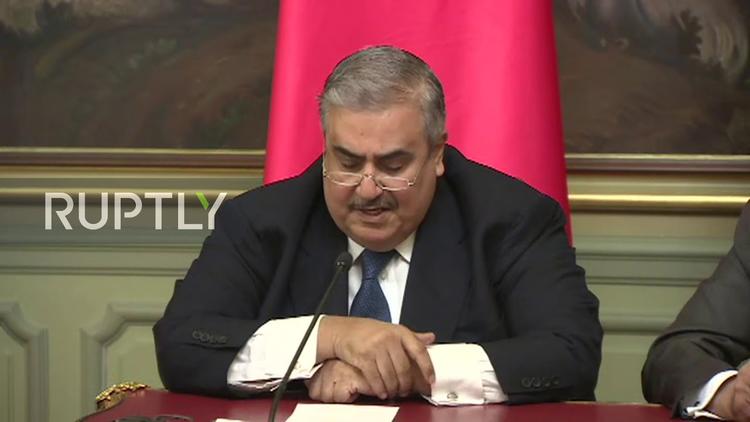 Hamas and Russia have in recent months have shared a remarkable series of official visits and telephone calls, which led observers to conclude that the two sides are strengthening their relations.

Russia’s rapprochement with Hamas shows the latter’s need for Moscow, being a major capital in the world, to repel the ferocious attack it is facing from the United States and Israel, while Russia sees Hamas as an influential role player in the Palestinian cause.

In addition, President Vladimir Putin apparently wants to restore the Soviet empire and believes that the Palestinian cause and Hamas are one of the gates of a return to the Middle East. This is why Russia has not agreed to classify Hamas as a “terrorist” movement, as Washington and the EU have, helping the movement find a balance in the international position towards it, so that it will not be singled out by regional and international powers.

Moscow desires to return to the Arab region, to establish a foothold in the Palestinian cause, and to break the American monopoly of the management of the peace process between the Palestinians and the Israelis.

Some believe that Russia’s rapprochement with Hamas is not separate from the existing alliance with Iran, which leads its existing axis in the region. Moscow is thus seeking to accumulate more regional axis in the region to face the United States with which it has recently been experiencing highly strained relations.

In light of the American, Israeli and some Arab efforts to maintain the political isolation of Hamas, the movement considers its rapprochement with Russia as a serious breakthrough on the international stage, and has deliberately intensified contacts with this country and worked on winning its support in the face of any political or military escalation from Israel.

Hamas considers Russia a rising international power that has great influence on international politics. The movement is thus interested in serving the Palestinian interests with help from Russia while being keen not to contradict its own constants. The two sides have had contacts in previous years.

Hamas has used contacts with the Russians to convey the group’s perceptions of the conflict with the Israeli occupation, and its desire to mobilise international positions to support the Palestinian cause and refute Israeli accusations of terrorism levelled at the Palestinian resistance. The movement’s relationship with Russia may pave the way for it to be involved, rather than excluded, in the political process in the region. Indeed, Russia makes up part of the Middle East Quartet and will help Hamas return to the international scene; something that is difficult while the Trump administration is in office in the US and the right-wing rule Israel.

The mutual interests between Hamas and Russia may lie in the latter’s desire to form regional alliances to serve its interests and improve its image in the Islamic world, while the movement is demanding Russia break the siege imposed on the Gaza Strip in 2006.

This means that Hamas is heading towards the strengthening of its relations with Russia to face the pressure coming from international and regional powers such as the United States and Israel, although the establishment of these new relations with Russia requires the movement to show flexibility in its political positions, in a way that does not contradict its national constants, but it is rather forced to acquiesce in view of the challenges it may face in the upcoming period.

Hamas should not, however, be very optimistic about the future of its relations with Moscow, some have warned. The latter is part of the international system and any relationship with the movement depends on the extent of its response to the requirements of the peace process, such as its recognition of the agreements of the PLO and Israel. As long as Hamas has turned its back on these pacts, the movement will attain nothing from Russia except pictures with its officials.

In terms of international policy, Russia’s positions signal the emergence of Hamas to the international scene, however this comes at a price.

Hamas’ growing relationship with Russia coincides with the Palestinian Authority’s increasing coordination with Moscow, at a time when the US administration strengths its ties with Israel through its positions in support of the occupation, and the Palestinians’ general interest in rapprochement with Moscow, which is a permanent member of the UN Security Council.

Hamas’ increased contacts with the Russians also coincide with Moscow’s recent series of successive Palestinian events, as if it has become the preferred international capital for Palestinians to host these events, in a sign of clear cooperation between the Palestinians and the Russians, and Moscow’s desire to fill the gap left by Washington in the region.

One of the reasons for Russia’s increased efforts in the Palestinian file is its desire to cover up its bad reputation in the Arab world after its intervention in Syria and the accusations against it of shedding the blood of thousands of Syrians.

However any regional and international contact with Hamas harms the PA and its leadership, considering that the Authority wants to monopolise the Palestinian political scene, and to be the only party visiting and contacting Russia.

A quick review of Palestinian leaders who have visited Moscow in recent months underscores a serious Palestinian desire that Russia has a role and influence in their conflict with Israel, without making sure of its achievability. On the other hand, Russia continues to invite Palestinian leaders to visit it to exert influence on them, without having any guarantees for the desired success.

Some have observed that Moscow considers that Washington is exclusively managing the Palestinian-Israeli file in return for keeping the Syrian file for the Russians.

This may explain Russia’s policy towards the Palestinians in general – and Hamas in particular – is limited to the diplomacy of reciprocal visits and complimentary statements, which satisfies them, because they need any sort of support, but without Moscow’s transformation of this diplomacy into a serious policy on the ground that would force Israel to respond to Palestinian demands and stop US pressure on them.