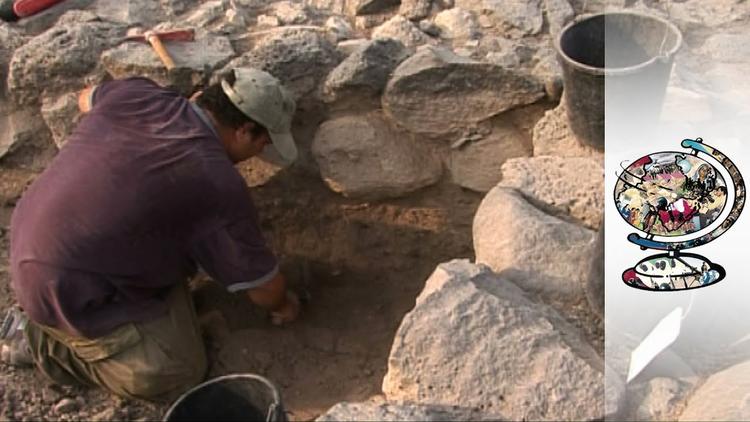 Palestine is one of the richest countries in the world in terms of antiquities, competing with Egypt in the Arab world. At least 22 civilisations have left their mark on Palestine, the first of which were the Canaanites; their presence is still visible today . . .

Studies have indicated that there are over 3,300 archaeological sites in the occupied West Bank alone. A number of researchers confirm that, on average, there is an archaeological site every half a kilometre in Palestine which indicates the true identity and history of the land.

It is important here to mention the devastating effects of the Israeli separation wall on the future of Palestinian antiquities and monuments. The ongoing building of the wall on Palestinian land in the West Bank will ultimately lead to the annexation of over 50 per cent of the occupied territory. It will also include over 270 major archaeological sites, in addition to 2,000 archaeological and historical locations. Dozens of historically important sites and monuments have been destroyed in the course of the construction of the wall.

Specialised studies of Palestinian antiquities indicate that, since occupying the West Bank and Gaza Strip in June, 1967, Israel has been able to steal and sell even more Palestinian artefacts from the West Bank. This phenomenon was exacerbated by the outbreak of the Aqsa Intifada at the end of September 2000.

The Palestinian Authority’s Department of Antiquities and Cultural Heritage has pointed out that more than 500 archaeological sites and more than 1,500 landmarks have been stolen and destroyed by Israeli thieves and the occupation. It is a simple fact that, as the work of Salman Abu Sitta has demonstrated, more than 500 Palestinian towns and villages have been destroyed and wiped off the map by Israel since 1948. The Department also confirmed that the cultural and economic resources of Palestine continue to be depleted by Israel.

READ: Israel forces Palestinian to demolish his own house

Palestinian studies indicate that the reason for this ongoing Nakba is the collapse of any system to protect Palestinian areas due to Israeli control. Such protection falls under the direct management of the occupation, which basically means that the Israeli army is free to destroy cultural heritage sites, as has happened in Jerusalem, Nablus, Hebron, Bethlehem, and other Palestinian cities, towns and villages.

Archaeological theft and the violation of Palestinian heritage sites is one of the biggest challenges facing Palestinians as they seek to preserve their culture and physical presence in their homeland, which is threatened by Judaisation and targeted by systematic Israeli policies. We need to raise awareness in Palestinian society to confront this new-old challenge imposed by Israel.

We also need to boost our capacity to fight Israel’s theft of our history at the local, regional and international levels. This may be reinforced through Palestine’s full membership in relevant international organisations, including UNESCO.

Cultural diversity in Palestine dates back thousands of years. It is shameful that we are allowing this to be whitewashed out of history as Israel seeks to “prove” its fake narrative of the “Jewish state”, to the exclusion of the indigenous people.