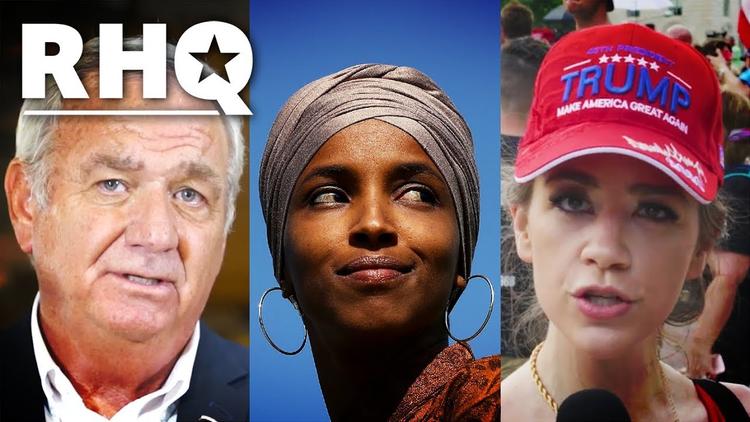 (Commondreams.org) – “The goal of these anti-Muslim hate campaigns is clear—they put Muslim lives here and around the world at risk and undermine our country’s commitment to religious pluralism.”

Reps. Ilhan Omar and Rashida Tlaib, the first two Muslim-American women elected to Congress, have been the target of a sustained campaign of far right hate and lies originating from a shadowy Israeli group, according to an investigation published Thursday by The Guardian.

“The goal of these anti-Muslim hate campaigns is clear,” Omar, a Minnesota Democrat, told The Guardian, “they put Muslim lives here and around the world at risk and undermine our country’s commitment to religious pluralism.”

The report details how a jewelry salesman and “online operator” from the Tel Aviv area named Ariel Elkaras and others were part of a vast coordinated effort that utilized “21 far-right Facebook pages across the U.S., Australia, the U.K., Canada, Austria, Israel, and Nigeria” to spread malicious lies about the two congresswomen.

According to the Guardian:

Somali-born Omar is the most frequent target. She has been mentioned in more than 1,400 posts since the network began two years ago. Tlaib has been mentioned nearly 1,200 times. Both totals are far higher than any other member of Congress.

Informed of the investigation’s findings, Facebook took down many of the identified posts and accounts—but the tech giant told The Guardian that it did so not due to the hateful and false nature of the content but because the company believes the Israeli-based group was using the misinformation and bigoted posts to generate advertising revenue.

Both Omar and Tlaib have been the target of hateful rhetoric from President Donald Trump and have received death threats. Tlaib, a Democrat from Detroit, Michigan, read one of those messages directed at her aloud at a June hearing on white supremacist violence.

Last week, a Republican candidate for Congress in Florida, George Buck, suggested in a fundraising letter to supporters that Omar should be hanged.

“The fact that those who make these violent threats very publicly without hesitation reaffirms just how much white supremacy has spread within the @NRCC,” Tlaib tweeted of Buck’s threats Wednesday.

In her comments to The Guardian, Omar pointed the finger at Facebook for the company’s inaction.

“I’ve said it before and I’ll say it again: Facebook’s complacency is a threat to our democracy,” said Omar. “It has become clear that they do not take seriously the degree to which they provide a platform for white nationalist hate and dangerous misinformation in this country and around the world.”

“And there is a clear reason for this,” Omar added, “they profit off it.”