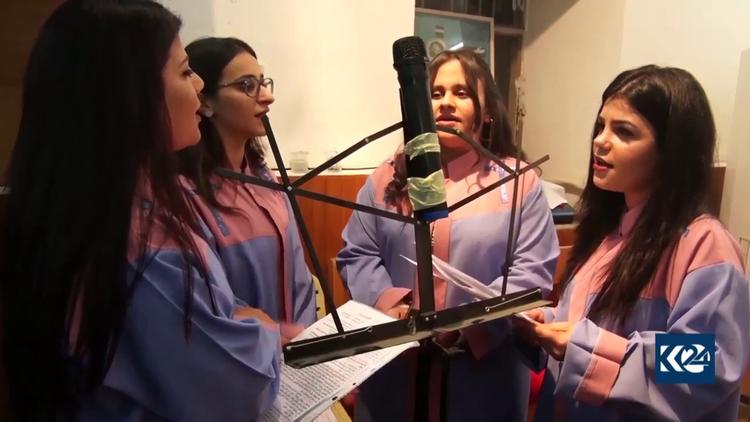 Ann Arbor (Informed Comment) – Chaldean Christians in Iraq have been asked by their Cardinal Louis Raphael Sako, to hold subdued private Christmas ceremonies this year to honor the over 500 Iraqi protesters who have been killed by government security and paramilitary security forces. Public celebrations have been canceled.

The Iraqi street crowds want an end to the corruption of the ruling political parties, and have just achieved a major change in electoral rules so that voters will be able to vote for individuals rather than for party lists.

The Iraqi Christian community may have been 3 percent of the population before the Bush administration inflicted decades of chaos on the country. The terrorist ISIL group viciously attacked them, forcing many to flee to Lebanon and Europe. It is estimated that roughly 150,000 Christians remain in Iraq today. Their situation is much improved now that ISIL has been defeated as a territorial state, but they remain in a fragile mood.

Christians in the Middle East are disproportionately concentrated in a few countries, especially Egypt, Jordan, Lebanon, Syria, Israel & Palestine, and Iraq. In the general vicinity, South Sudan and Ethiopia are majority Christian and Eritrea is about a third.

Christians in Lebanon are also have a sombre holy day report Dala Osseiran and Alaa Kanaan at Reuters. Like Iraq, Lebanon has been wracked with popular protests this fall, which pushed prime minister Saad Hariri to resign. Financial mismanagement has left the country’s banks tottering, and the economy has turned sharply down. Lebanon, with a citizen population of 4.6 million and a million Syrian refugees. The country has an enormous tourism sector and also usually benefits from visits by expatriates. But the turmoil of the demonstrations has discouraged those visitors from coming, harming the economy even more. Many Christians are not putting up new decorations this year, but recycling last year’s.

Some Christians have also turned the holiday to latent political purposes, preparing Christmas dinner for the protesters in the street.

In Syria, where Christians before the war were thought to form 10% of the population, the defeat of the radical ISIL group has brought jubilation. Most Syrian Christians tacitly support the Bashar al-Assad Baathist regime, since it is secular and doesn’t persecute them, over the fundamentalist Sunni rebels. (This doesn’t mean Christians actively support Bashar). Thousands of Christians came into the streets this year in Aleppo, the country’s second largest city, to express their jubilation at the defeat of ISIL.

On the other hand, Christians in Qamishli in the northeast Kurdish region of Syria are worried about the Turkish incursion. Some Christian militias had fought alongside the Kurdish YPG in the Syrian Democratic Forces backed by the US, against ISIL. Now Trump has abandoned them and they fear the effects of the Turkish invasion.

Egypt has the biggest Christian population, estimated at between 6% and 10% of the population of 100 million. That is, if Egyptian Christians were their own country, they could be a Switzerland or Austria demographically. Some journalists have argued that Christianity is disappearing from the Middle East, and there certainly has been a fall in the proportion of Christians along with recent displacement by war and terrorism in Iraq and Syria. But the whole population of the Ottoman Empire in 1881 was 17.5 million, so today’s Egyptian Christians would be like 40% of the total population of the region of that time. I know it is a hard thing to convey, but the upshot is that in absolute numbers Middle Eastern Christianity is huge today compared to 140 years ago, even if they are proportionally fewer– and even though it is true that there is ongoing substantial out-migration.