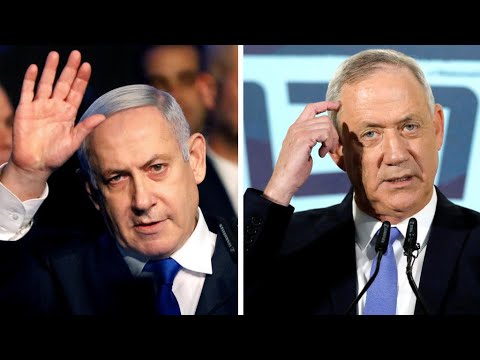 Ann Arbor (Informed Comment) – The Israeli parliament has voted to dissolve itself and go to new elections, as the attempts by prime minister Binyamin Netanyahu and his rival Benny Gantz to form a government failed.

The Jewish-majority parties in Israel refused to allow the Joint List, largely representing Israelis of Palestinian heritage, into the government. As a result, no party could form a coalition of 61 seats in the 120-seat Knesset or parliament.

The third largest party, the Joint List, represents the over 20% of Israelis who are of Palestinian heritage. It also attracts some liberal and leftist Jewish Israelis. It gained 13 seats in the Knesset.

Gantz and his Blue and White colleagues detest Netanyahu and refused to form a government of national unity with the Likud.

The militantly secular Yisrael Beitenu Party of Moldovan-Israeli Avigdor Lieberman (9 seats) refused to sit in the same government with the Ultra-Orthodox parties that allied with Netanyahu, and besides Lieberman is determined to unseat Netanyahu because the latter refuses to go to war on Gaza.

If Gantz had been willing to bring the Joint List into the government, giving it a cabinet seat or two, he would have immediately gotten to 46 and might have been able to pick up the 11 seats held by two leftist parties. that would be 57. Could Gantz have found the other 4 seats? Who knows? He did not try.

He never tried because Israeli politics is deeply racist and the parties in the Knesset do not see the Palestinian-Israelis as real Israelis because they are not Jewish.

Israel is like the Jim Crow Old South, where African-Americans were de facto excluded from high public office.

Although Israel’s political stalemate is a direct result of the exclusion of a fifth of the population from high office, no major news outlets will report it that way. The Western press has so deeply imbibed the racist premises of the Israeli Establishment that the focus is solely on Netanyahu and Gantz.

In fact, the Western press sanitizes the radical, Revisionist Zionism of the Likud by speaking about it as though it were merely a form of conservatism. In fact, it most resembles far-right parties like UKIP in Britain and the AfD in Germany in its heated populism and frank racism. Netanyahu is a poster boy for racist rhetoric, which makes it darkly humorous that he has deployed massive Israeli government resources to manipulate clueless Americans into thinking it is racist (“anti-Semitic”) to so much as criticize his Likud regime.

The lock of the far right and the conservatives on Israeli politics has also produced enormous corruption at the top. It is no accident that as Israel heads to a third general election in a year this spring, the ruling Likud is still headed by Netanyahu, who has been indicted on criminal charges, including bribery. He has assiduously threatened and bribed the Israeli press, degrading the country’s democracy.

The 5 million Occupied Palestinians are stateless and lack basic human rights under Israeli Occupation law. They can be arrested and detained with no charges for years, that is, they have no right of habeas corpus, one of the most basic principles of democracy.

Although Israeli elections determine the fate of the Occupied Palestinians, they have no vote in them, what with lacking citizenship in a state and all. The 6.9 inhabitants of Palestinian heritage between the Jordan River and the Mediterranean slightly outnumber the Jewish residents, but the Jews have all the political and military power and are systematically stealing Palestinian property in the West Bank.

On Sunday Netanyahu threatened to go ahead with a plan to annex 25% of the Palestinian West Bank, which is a war crime in international law.

France 24 English: “Israel heads for third election in a year as deadline to form government expires”