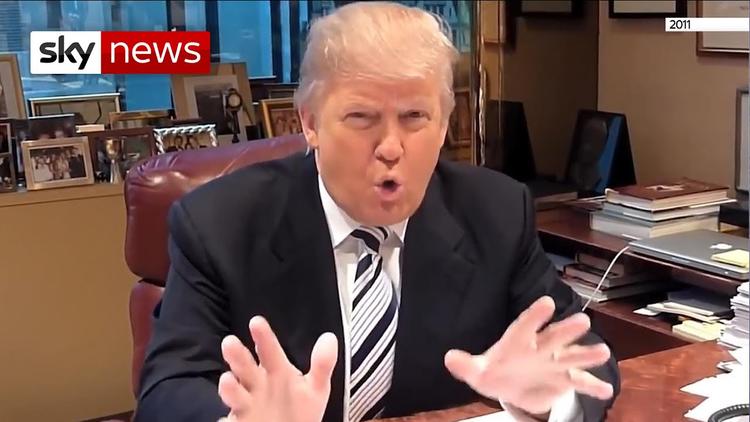 Ann Arbor (Informed Comment) – A USA Today opinion poll reported by Susan Page shows that the American people view Trump’s assassination of Iranian Gen. Qasem Soleimani and Iraqi. Gen. Abu Mahdi al-Muhandis has having been “reckless” and having made them “less safe.” The poll of 1005 adults was taken Tuesday and Wednesday.

A majority of Americans, 52%, asserted that Trump’s hit on Soleimani was “reckless.” Only 34% disagreed.

By an even bigger majority, 53% of Americans want Congress to rein Trump in and make it so he can’t order military strikes or declare war without congressional approval. Only 33% disagree.

55% of Americans said that they believe the drone murders made the United States less safe. And 30%, almost a third, think that the US is now much less safe.

And 33 percent of Republicans deserted Trump on this issue, agreeing that we are now less safe than before he acted.

In other words, most Americans looked at the events of the past week and a half and said, “Holy shit!”

In fact, only 24% of Americans think that we are now safer. And only 10% say that we are much more safe.

These findings signal a major fail in the Trump administration’s propaganda, in which VP Mike Pence, SecDef Mark Esper and SecState Mike Pompeo trumpeted that they had just made America much safer.

A majority of Americans thus agree with Sen. Elizabeth Warren that Trump increased the dangers to us.

Sen. Elizabeth Warren: Not All Problems Can Be Solved With Military Action | Morning Joe | MSNBC

The Trump administration maintained that Gen. Soleimani was on the verge of killing Americans. Soleimani hadn’t killed any Americans at all for at least a decade, and his record before then is a matter of dispute. The Pentagon argues that a major leader of Shiite Iran supplied shaped charges to hyper-Sunni al-Qaeda and the Baathists to kill US troops (and to kill Iraqi Shiites), which is highly unlikely to say the least.

Iraqi prime minister Adil Abdulmahdi says that he personally had invited Soleimani to Baghdad as part of a negotiation between Iran and Saudi Arabia to cool down tensions. So Soleimani wasn’t coming to kill Americans. He was the guest of the Iraqi prime minister, and then Trump just whacked him with a Hellfire.

47% of Americans believe that Trump killed Soleimani to divert attention from his impeachment proceedings. Only 39% disagreed. That is, nearly half of Americans agree with my initial take on these events. They disagree with Fox News cheer-leading for Trump on this issue.

Sky News: “Is the US attack a ‘Wag the Dog’ scenario?”

69% say that the assassination made it more likely American interests in the Middle East would be attacked. Well, we already saw the Iranian missile attacks on Iraqi bases hosting US troops, so they were right about that.

63% expected, as a result, Iran-backed terrorist attacks on United States soil. In my view, that outcome is actually highly unlikely, though it can’t be ruled out. Iran has never been responsible for much terrorism on US soil. There was an alleged plot against the Washington, DC, Saudi embassy (what kind of horrible person kills someone in an embassy?) But large states with conventional militaries do not usually resort to terrorism– it is the weapon of non-state actors in the main.

62% said that Trump’s drone strike raised the chances that the United States and Iran would end up in a war. I think the US public is wiser than Trump on this issue. He seems to think he can keep strangling the Iranian economy and hitting Iran hard without any risk of war at all. That isn’t the way the world works, and there is always a danger under such conditions of events spiralling out of control.