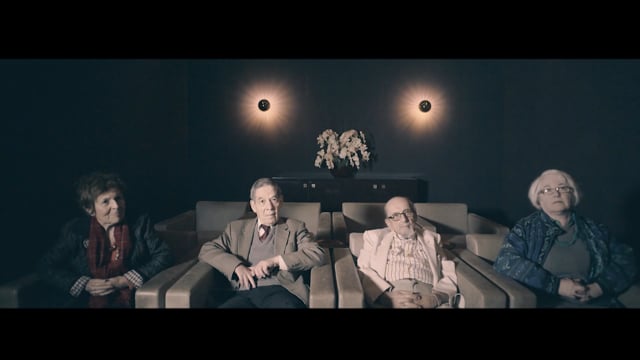 In December 2019, four people were shot dead at a kosher market in New Jersey, a horrific knife attack was perpetrated at a rabbi’s home in a New York suburb, and antisemitic graffiti was daubed on a synagogue and several shops in north London.

Despite what many might think, antisemitism is not confined to history. But to combat antisemitism and other forms of xenophobia, we must learn about and from the past. This year marks 75 years after the liberation of Auschwitz and Holocaust education is as important as ever and it is essential that we get it right.

One particularly effective method of passing on knowledge and experience to the younger generation has been the involvement of survivors. A 2016 report from the UCL Centre for Holocaust Education highlighted the value school students placed on hearing a survivor speak. Of the roughly 8,000 students surveyed, 89% agreed or strongly agreed that hearing a survivor speak had made the Holocaust feel more real and 82% agreed it had helped their understanding of how or why the Holocaust took place.

We may not be able to truly fathom the systematic persecution and murder of six million people. But the power of hearing a survivor speak is that through empathy and identification we might gain some sense of what it meant for those millions of individuals. Put simply, we relate to people more than we relate to facts and figures.

There are a number of survivors still willing to contribute to Holocaust education. But their numbers are dwindling, so it’s important that we consider what form Holocaust education might take in the future while we are still able to consult and draw on the vast experience of these witnesses.

Organisations with a commitment to Holocaust education have begun to address this issue in different ways. In the US, the Shoah Foundation is developing its New Dimensions in Testimony in a collaboration with the University of Southern California Institute for Creative Technologies.

This project records testimony in a format that allows visitors to ask questions of the survivor and to have them answered. A similar project is being led by the UK’s National Holocaust Centre and Museum (NHCM).

The Forever Project enables visitors to listen to a testimony given by a life-sized digital projection of a survivor. The listener can ask questions about that testimony and the projection will offer an answer by drawing on a digital database of prerecorded responses.

Alongside these new technologies, educators will continue to use the many forms of testimony that have been recorded in books, films, plays and video interviews. Recording testimony in different media (including digital forms) allows the survivor’s story to be told to larger audiences and beyond their lifespan. But it also means that the testimony is fixed at the point of recording.

Even in the conversational formats envisioned by the Shoah Foundation and NHCM, the witness will not be able to draw connections between past and present. They won’t be able to comment on how the memory of the Holocaust can inform our response to contemporary events. A testimony recorded in 2020 cannot explain the relevance of this history for listeners in 30 years time.

The children of survivors

A group who are uniquely positioned to explain that relevance are the children of Holocaust survivors. The second generation cannot tell us what it was like to experience persecution and genocide firsthand. But they can tell us about the experiences of their parents and, importantly, about what it was like growing up as the child of a survivor.

Drawing on personal and family memories, the second generation can explain why remembering and learning from the Holocaust still matters. They can ground that explanation in the context of what is happening in the world today. Holocaust educator Noemie Lopian does this in a blog post.

Lopian, like many other members of the second generation, has long been active in ensuring that the Holocaust is not forgotten, including translating her father’s testimony. Others have spoken at events alongside their parents.

But it’s not as straightforward as replacing the testimony of survivors with the accounts of their children. There are numerous ethical and practical challenges that need to be addressed if we decide this is a way forward.

On the other hand, they can explain how it felt to be the child of a survivor and the way the legacy of the Holocaust is passed down through generations. For all these reasons, second generation testimony should only be used alongside (recorded) survivor testimony and not in its place.

On Holocaust Memorial Day 2020, a set of school teaching resources called Using Testimony in the Classroom are launching. I produced these materials with the support of the NHCM, the Holocaust Educational Trust, Holocaust Memorial Day Trust, teachers and Gary Mills. The resources offer guidance and lesson ideas for the use of mediated testimony in different formats and offer preliminary thoughts on how the second generation might continue to contribute to Holocaust education.

Holocaust education is a cornerstone of teaching against prejudice and discrimination. Survivors have used their own experience to make sure we never forget and we need to work together to ensure that their voices continue to be heard.