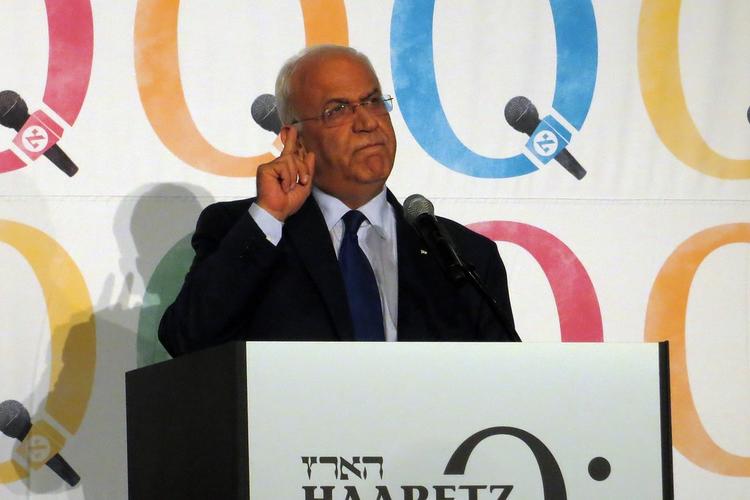 Ann Arbor (Informed Comment) – The Palestinian leadership has entirely rejected what is known of the Trump plan for Israel and Palestine, and warned that they see it as destroying the Oslo Peace accords. The Trump administration did not consult the Palestinians in drawing up the plan, which gives away East Jerusalem and 30% of the Palestinian West Bank to Israel. The Palestinians may as well, Palestine foreign minister Saeb Erekat said, just withdraw from the 1995 Interim Agreement on Oslo.

Trump appears to have decided to unveil the Israel-Palestine plan on Tuesday to take the pressure off from his Senate impeachment trial and to shore up his support from the Jewish and evangelical communities. A majority of Americans in polls say they want Trump impeached and removed from office.

Trump’s plan may also bolster beleaguered Israeli prime minister Binyamin Netanyahu, who has been indicted for corruption and is fighting for his political life as Israel’s third election in a year approaches. Rushing the details of an important policy like Israel and Palestine for the sake of politics, however, could backfire big time.

Erekat also warned that the plan virtually assures that Israel will ultimately have to absorb the Palestinians, and give them the vote inside Israel. Mr. Erekat may, however, be overly optimistic, since it is much more likely that the Palestinians will be kept in a Warsaw Ghetto type of situation and simply denied a meaningful vote entirely.

Al-Quds al-`Arabi reports that Donald Trump attempted to call Palestine president Mahmoud Abbas during the past few days and that Mr. Abbas refused to take the call.

The plan, according to details leaked to the Israeli press, will propose a Palestinian statelet on 70% of the West Bank, to be established in four years. The hope is apparently that Mahmoud Abbas will no longer be president of Palestine in four years, and his successor will be more pliable.

This so-called state, however, will be demilitarized and will lack control over borders and airspace, and will be denied the authority to make treaties with other states. In other words, it will be a Bantustan of the sort the racist, Apartheid South African government created to denaturalize its Black African citizens.

Netanyahu has pledged that there will be no Palestinian state as long as he is prime minister.

Palestinians are under Israeli military rule and are being deprived of basic human rights, including the right to have citizenship in a state. They do not have passports but only laissez-passer certificates that are rejected for travel purposes by most states. Israeli squatters continually steal their land and property and water, and Palestinians have no recourse, being without a state to protect them.