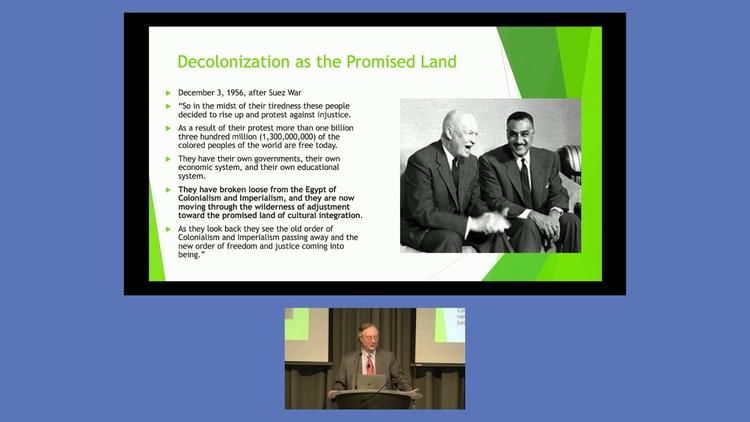 The nonviolent activism of the Rev. Martin Luther King, Jr. is associated in the minds of many primarily with the Civil Rights Movement against institutionalized racism in Jim Crow America. King was, however, a keen observer of decolonization and the awakening of colonized peoples in Afro-Asia to aspirations for self-determination. This anti-colonial perspective led to his opposition to the Vietnam War. Although King was little involved in the Middle East per se, having been more focused on African countries such as Ghana, his vision and his methods have gone on to inspire many civil rights activists in Egypt, Palestine, and elsewhere in the region.

Juan Cole is the Richard P. Mitchell Collegiate Professor of History at the University of Michigan and author of Muhammad: Prophet of Peace amid the Clash of Empires (Bold Type, 2018), The New Arabs: How the Millennial Generation is Changing the Middle East (Simon & Schuster, 2014), and Engaging the Muslim World (Palgrave Macmillan, 2009), among many other works. He also writes on current affairs for The Nation and Truthdig, and maintains the Informed Comment news and analysis site. He has appeared widely on radio and television as a commentator on the Middle East, including on Rachel Maddow, Chris Hayes’ All In, CNN, ABC’s Nightline, NBC’s Today Show, Democracy Now! and many others.