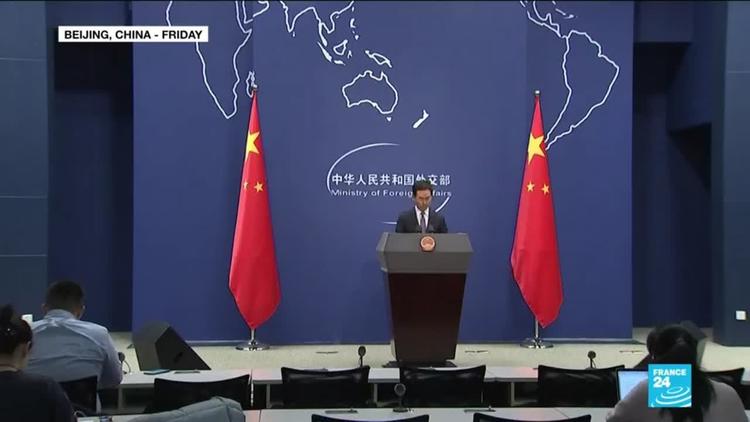 President Donald Trump’s policy toward Iran is in deep crisis. The president’s approach has the support neither of America’s allies nor of its strategic rivals, China and Russia. And his policy – made even more confrontational by the shooting of a high-ranking Iranian official – has boxed him into a situation where, short of dramatic reversal, Washington and Tehran are edging close to war.

By failing to forge policies in cooperation with allies, the U.S. was robbed of advice and expertise in how to tackle the problems posed by Iran. Above all, it led to the dangerous deterioration of relations between the U.S. and Iran after the U.S. became the sole country to withdraw from the Iran nuclear deal. That deal was painstakingly negotiated by the Obama administration in cooperation with five other world powers.

Instead of Trump’s harsh policy imposing maximum pressure on Iran, Iran has turned the tables and has put pressure on a freshly impeached U.S. president whose reelection is by no means assured and whose international diplomatic isolation and weakness is no secret in the region.

The killings immediately caused huge anti-American protests in Iran and led to the rise of global oil prices and the fall of stock markets around the world.

Iran has vowed “harsh revenge” for the assassination of Soleimani, the strategic mastermind behind Tehran’s entire ambitious Middle East policy. He also coordinated Iran’s widespread covert operations program and provided much of the strategic expertise for President Bashar Assad’s war in Syria.

Since coming to office in January 2017, President Trump’s approach to resolve America’s longstanding quarrel with Iran has consisted of two stages.

The politics of maximum pressure – imposing stiff economic sanctions – combined with harsh rhetoric toward Tehran’s leaders was to be followed by a second stage of intense personal diplomacy that would culminate in the signing of a great new deal of cooperation with longtime enemy Iran.

It would turn Trump into one of America’s greatest foreign policy presidents and might even, or so he hoped, earn him a Nobel Peace Prize.

As an international relations scholar and former diplomatic and foreign policy adviser at the German embassy in Beijing, I believe this approach consisted of a lot of wishful thinking.

Iran’s Supreme Leader Ali Khamenei simply refused to engage with Washington on the conditions laid down by Trump. Those conditions included Iran halting all uranium enrichment and ceasing support for the region’s militant groups.

Trump’s unorthodox idea – conducting the nation’s diplomacy singlehandedly and without asking for much advice from experts in the State Department or from his allies – has been revealed as untenable.

Trump’s withdrawal from the 2015 multi-party nuclear deal with Iran was caused by his unhappiness that the deal was not meant to restrain Iran’s aggressive politics in the region. Trump also believed it would not effectively prevent Tehran’s ability to manufacture nuclear weapons in the long run.

But his policy toward Iran appears not to have contained and intimidated the country’s leaders. It has instead emboldened the country to aggressively challenge U.S. policies in the Middle East.

U.S. withdrawal from the deal was deeply resented by both Iran and the international community. And it started the rapid deterioration of relations with Tehran.

The recent siege of the U.S. embassy in Baghdad by violent protesters who were clearly directed by the Tehran regime recalled the Iranian hostage crisis 40 years ago that decisively contributed to President Jimmy Carter’s electoral defeat.

The shooting down of an expensive American drone by Iran in June as well as Tehran’s open support of the Assad regime in Syria and the Hezbollah terrorist organization in Lebanon were further indications of Iran’s challenge to the U.S.

It appears that Trump’s airstrike on the Baghdad airport was an attempt to demonstrate America’s power and to break out of a largely self-inflicted foreign policy failure.

The only option left – and one not yet seriously considered by the Trump administration – is to fall back on cooperation with other great powers, not least with Washington’s many allies, such as the U.K., France and Germany, who are still anxious for American global leadership. The Trump administration has little option but to return to the Obama-era nuclear deal with Iran, though perhaps it could be somewhat modified to enable Trump to save face.

The administration could then embark on a unified Western policy to restrain both Iranian leadership ambitions in the Middle East and Tehran’s nuclear ambitions.

The killing of Soleimani and the angry reaction to his death, however, has made this almost impossible in the short run. But tempers may cool.

Despite recent joint Russian-Chinese-Iranian naval maneuvers, Moscow and Beijing are also still interested in containing Iranian ambitions. Iranian dominance in the Middle East and the resulting further tension and escalating rivalry with Saudi Arabia for regional control would hardly benefit the great powers and the stability of the region.

Whether or not the Trump administration is capable of and willing to embark on such a major change of course is unclear. But I believe it is the only way out of a crisis largely caused by Trump’s unilateral policies.

France 24 English: “Soleimani killing: Countries around the world call for a “de-escalation” of tensions”