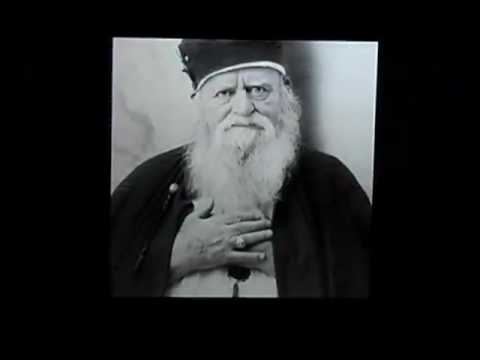 Belfast (Special to Informed Comment) – As the world marks the 75th anniversary of the liberation of Auschwitz, it is important to remember those who put their own and their families safety in jeopardy in order to save Jewish lives including Arabs and Muslims. The heroic acts made by Muslims in order to save Jewish lives are now little remembered. I’m not talking only about the hundreds of thousands of Muslim soldiers who fought against the Nazis, I’m also talking about ordinary Muslims who risked their own lives in order to rescue Jews from the Nazis. This article is about some of these forgotten heroes.

In Albania, a European Muslim country where many Jews found their refuge after fleeing Nazi persecution, a Muslim photographer called Refik Vesili saved the lives of eight Jews by taking the risk of hiding them at his family home in the mountains during the Nazi occupation of Albania. After that, Refik’s brother Xhemal brought another Jewish family to hide with them saving another Jewish family in the same house. If they were caught by the Nazis, their entire family would have been killed. In honor of his courageous act, a school in Berlin was named after Refic in 2014.

In another story, a Muslim Turk, Selahattin Ulkumen who was the Turkish consul-general on the island of Rhodes when it was under German occupation , rescued 50 Jews from Auschwitz by insisting that they were Turkish citizens. Most of them actually weren’t Turks but he fabricated that in order to stop the Germans from sending them to Auschwitz. The Turkish diplomat paid the price when the Nazis bombed his house killing his wife who was pregnant with their baby.

A remarkable contribution was made by Dervis Korkut, who was a Bosnian Muslim. After the formation of the new kingdom of the Serbs, Croats and Slovenes, he was involved with the Yugoslav Muslim Organization when he opposed plans by a Serbian politician to strip the Jews of their voting rights. His views were not welcomed by the Serbian nationalists and the Serb Radical Party got him removed from his government job. During WWII when he was working at the museum, he saved the Sarajevo Haggadah, a valuable Hebrew manuscript, by giving it to a mosque imam who hid it his village mosque. Korkut also saved the life of a young Jewish woman by hiding her at his home and presented her as his wife’s cousin from Kosovo who couldn’t speak Bosnian. He also wrote an article arguing that anti-Semitism is alien to Islam.

Another remarkable story is how Dr Mohammed Kundurovic, a Bosnian Muslim, helped Jews to get out of a Nazi camp by duping the Nazis and telling them that they had an infectious disease and must leave the camp. This saved their lives, since the Germans feared for their own safety if they kept them in.

During the holocaust, the pro-Nazi Vichy Government of France occupied some Arab countries in North Africa where it tried to enact laws that could have had many Jews sent to their death in Europe concentration camps. The Arab King of Morocco, Mohammed V interfered and refused to enact such laws which saved Jewish lives. There are also stories of Arabs hiding Jews in their farms and homes. For example, Khaled Abdul Wahab hid a Jewish family in his home in Tangier while he entertained SS personnel in the same house who weren’t aware of who else was in the house.

Actually as a result of the colonization of Arab countries by Vichy government, some Muslim Arabs ended up in the same concentration camps with Jews, communists and others. Mohammed Arezki Berkani documented this experience in his book, L ́Histoire de Djenien-BouRezg (Algiers, 1965) in which he described how Arabs and Jews were put in the same section separate from the Europeans. The Nazi officials were hoping that the two groups would start killing each other. The opposite happened as Arabs and Jews understood the Nazis’ plan. Berkani described these events in his book by saying ‘Never could one have believed that the Arabs and the Jews in the first section of the camp would become real friends, even brothers. Whether you wish to believe it or not, they were moreover brothers in hunger, in suffering, in misery, in punishment/pain etc’.

Muslims helping Jews is not something new. When the Castilians conquered Andalucia and issued an exclusion act against Jews, Ottoman Sultan Bayezid II sent ships to rescue Jews, and welcomed them in Istanbul.

Even in more modern times, Muslims still saving Jewish lives. It was a Muslim employee in Paris Kosher supermarket who hid a number of Jews in the store basement freezer when the store was attacked in 2015. The same Muslim also played a crucial role in helping the police when he sneaked out to give the police the key to the metal blind which enabled them take control of the situation.

Islam encourages social justice and taking stands against oppression and injustice, and Muslims through history have risked their lives to implement these ideals.