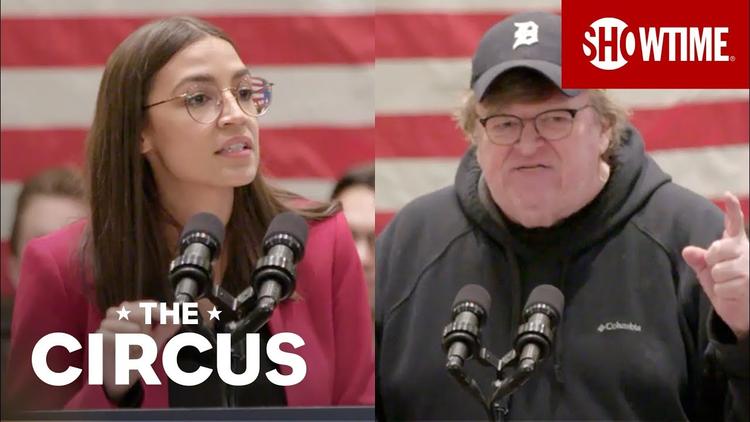 Southwest Harbor, Maine (Special to Informed Comment) – The corporate media and the political establishment have always loathed Sanders, but this distaste has taken different forms. Sanders supporters would do well not only to scrutinize current opposition strategies but also to be alert to new and dangerous modes of attack.

Distaste of Sanders has often been expressed largely by malign neglect. More recently however, as his strength in the polls has grown, media have amped up attacks on his character especially through narratives that might resonate with his strongest supporters. As Julie Hollar, writing for FAIR, has argued the current line of attack is to make Sanders into the Trump of the Left. A facile equation that will not stand careful scrutiny. Washington Post columnists have suggested that Sanders opposition to the US/Mexico/Canada agreement is the Left equivalent of Trump’s hatred of immigrants. These columnists conveniently forget that Sanders’ opposition to such treaties is based on their one- sided nature. They protect corporate profits while neglecting worker and environmental standards.

Most recently Paul Krugman charges that Sanders attack on Biden’s Social Security record is a lie of Trumpian proportions despite Biden’s efforts over many years to cut and weaken the program. As for comparison of Trump and Sanders on the corporate media Boston Herald’s Froma Harrop wrote: “The parallels between Trump and Sanders blaming liberal news sources for their setbacks are pretty glaring.” To which Hollar responds:

“Except, of course, that they’re not. As we pointed out at the time (FAIR.org, 8/15/19), there is in fact plenty of evidence of media’s bias against Sanders, and their embarrassingly uncritical coverage of Amazon. Sanders’ critique is far from a conspiracy theory or anti-journalist smear, as many suggested—it’s a critique of the influence of corporate ownership and sponsorship on big media outlets,”

These simplistic and misleading attacks have not yet stooped to the level of the wild charges and accusations thrown at Corbyn. But demonizing attacks will likely evolve, especially because the elite in both parties hates and fears Sanders so much that they would prefer Trump to Sanders.

Thus far as the attacks in the print and broadcast media have grown, Sanders position in the polls has improved. I expect desperate efforts to change that situation, especially if there are more stories like this in the near future: “In [late January] survey of likely Democratic primary voters in New Hampshire—which had a margin of error of plus or minus 4.5 percentage points—the Vermont senator had 22 percent and Buttigieg had 17 percent. Biden (15 percent) and Warren (13 percent) followed.

“Sanders’ advantage is bolstered by his strong support among progressive Democrats and younger voters,” said Lee Miringoff, the director of the Marist College Institute for Public Opinion.

“His supporters are also far more enthusiastic about his candidacy than backers of his closest rivals,” he added.

A day before the New Hampshire polls, a new New York Times/Siena College poll released Saturday showed Sanders leading with the support of 25 percent of likely Iowa caucus voters, ahead of second place Buttigieg who got 18 percent

To me the most significant aspect of this story is the enthusiasm and commitment of the Sanders supporters. Enthusiasm matters and is contagious. Polls notoriously have a difficult time assessing such states of mind and body, but other journalists have detected a strong and committed ground game on the part of Sanders supporters.

It is hard to predict the response of the corporate and political elite. My concern is that healthcare politics could become an occasion for a highly personal attempt to undermine the Sanders campaign. The subject of healthcare cuts to the depth of our hopes and fears. Like war, it is not just one issue among several. My fear is that if Sanders appears to be near the nomination, the subject will come back in an especially destructive way—his health. And centrist opponents will strive to make this issue decisive even for those who are strong Sanders supporters. Consider this USA Today piece:

: “Democrats need to face facts about Bernie Sanders, his heart attack and his health” [Kurt Bardella, USA Today]. “At the risk of incurring the online wrath of the “Bernie Bros” who might point out that former Vice President Joe Biden is 77, the fact is that 1 in 5 people who have a heart attack will be readmitted for another one within five years of their first. According to the American Heart Association, there are about 335,000 recurrent heart attacks in the United States each year…. Under these circumstances, why would Democrats give Republicans the gift of a nominee whose health could derail the campaign at any moment?”

It is certainly kind of Mr. Bardella to express his concerns and provide helpful advice. Nonetheless, before any Sanders supporters shuffle off to another campaign—or home more likely—they should take a more nuanced look both at the Senator’s health and the larger political and moral context. For starters, the one in five statistic is a crude count that does not disaggregate for race, gender, lipid profile, diet, exercise, and access to quality primary care. I also think it is a safe bet that President Trump’s numbers are more problematic than Senator Sanders. I doubt that Bardella would even bring the subject up if a leading centrist candidate had comparable issues. All of us live under the shadow of unexpected death or disabling illness or injury. Better to accept that fact, make whatever accommodations seem to improve our chances, and go on with our political pursuits. The campaign, like life, is a gamble. Sanders may well have a better chance of beating Trump than any other Democratic nominee. We should not stop support for him simply because of what might happen.

In Sanders case this means making an asset of his brush with death by emphasizing the role that access to quality care played in his recovery. It also means a renewed emphasis on fundamental principle of his campaign, we not me. The campaign is about building a movement. The candidate’s premature demise would surely be harmful but would hardly disable the movement. The campaign’s bench is deep, with some charismatic figures, one of whom should be nominated for Vice President. (Pramila Jayapal, who has done more than any member of Congress to advance universal healthcare, would be my choice.) The demonization and the naysayers that attack and belittle Sanders give us reasons to maintain the struggle for a more just and democratic society.