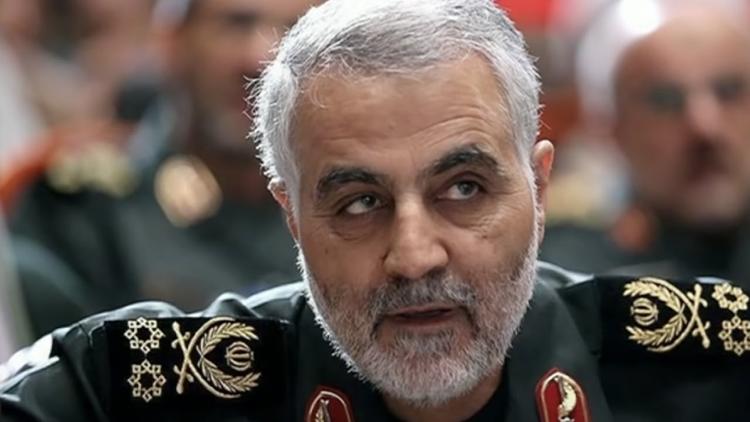 Editor’s note: Iran’s missile attack on a U.S. base in Iraq in retaliation for the Trump administration’s killing of Iranian General Qassem Soleimani has dramatically escalated global tensions.

Dozens of questions have swirled around the events. Beyond the politics, international law and Middle Eastern scholar David Mednicoff from the University of Massachusetts Amherst addresses five key points about the legal status of those attacks and the larger conflict.

1. What role does international law play in this conflict?

The U.S. and other prominent countries established the contemporary system of international law after World War II with three broad goals.

Second, the only accepted justifications in international law for countries to wage war are obvious self-defense and collective security authorized by the United Nations.

Third, the international legal system expects national governments to pursue their own strategic interests, consistent with the first two goals of global peace and cooperation.

International law has fostered predictable procedures for the conduct of political and economic affairs among countries.

2. But who enforces international law?

International law is founded on the idea that nations have authority to run their countries and shouldn’t be coerced by a global government. This means that enforcement largely depends on governments accepting the importance of compliance.

Such acceptance happens in general because countries, like people, have diverse incentives to obey law. There is benefit to being known as reliable in one’s obligations. International law is made most often through treaties that countries negotiate and sign. They follow these treaties because they see them as helpful. Countries get used to and internalize some international law.

Given its power, the U.S. has been willing to flout some international law. But such violations are noticed and have effects.

Major breaches of international law contribute to erratic and destructive behavior among nations as the norms of good behavior are degraded. The increasing influence of anti-democratic political systems across the globe is partially a result of the U.S., the world’s most powerful democracy, retreating openly from its ideals.

Still, the challenge of upholding international law is compelling with a country like Iran, which works against U.S. priorities in the Middle East and has threatened Americans.

3. Did the US attack that killed Soleimani violate international law?

It likely did. For the U.S. to kill another government’s official without a major attack or clear threat of attack to its basic autonomy is an illegal act of war.

Doing so on Iraqi territory without apparent Iraqi consent is an additional problem. U.S. activity within Iraq depends on following specific treaties between the two countries, which would not give Washington free rein to attack foreign government officials on Iraqi soil.

U.S. officials have implied that killing Soleimani was self-defense, as he helped plan, or may have been planning, deadly acts against American citizens in the Middle East.

Yet the use of force in international law has to take account of issues of necessity, immediacy and proportionality. So far, the world has seen little evidence that killing a member of the Iranian government was necessary for basic American self-defense.

Indeed, Iran’s compliance and behavior under the 2015 nuclear treaty and evidence of limited cooperation between the U.S. and Soleimani to combat the Taliban and ISIS suggest that he and his government did not threaten the U.S. fundamentally.

4. Is the Iranian strike on US military bases in Iraq legal under international law?

International law does allow for defensive reprisals – which would probably cover Iran’s Jan. 8 missile attacks on U.S. bases based in Iraq, which killed nobody but did damage property.

It’s most logical to interpret Trump’s deliberate killing of an Iranian official as an act of war. The principle of self-defense allows reprisals, so long as they are proportional to the original attack and directed against military targets.

In light of the U.S. withdrawal from the nuclear deal, which Iran appeared to be respecting, and its act of war in killing Soleimani, the missile attacks seem a measured – even minimalist – justified response.

5. Why should Americans care if international law was broken?

I suspect a typical response in the U.S. to this is “So what.” Americans, including the president, may ignore when the U.S. acts against international law. Yet, law-breaking reduces other countries’ trust in the U.S. and increases the risk other countries will violate the rules in ways that harm Americans at home and abroad.

There are already practical consequences developing from Trump’s violation of international laws about using force against another country. Illegal acts of war can enrage an opponent, solidifying its determination. Iranians of all stripes have come together to object to Soleimani’s killing. The last time Iranian streets saw this level of unified popular outrage against the U.S., it helped consolidate the 1979 Islamic revolution. Iran’s fury over a plausible narrative that the U.S. attacked its leaders illegally may yet help bring on devastating, full-scale war.

If, as a result, other nations are reluctant to cooperate with U.S. efforts – say on immigration, trade or international crime – that hurts American interests. Trump’s Jan. 8 speech seeking to deescalate the conflict may have come in part because killing Soleimani illegally made U.S. allies reluctant to back Trump in further confrontations.

Some in the U.S. act as if only naked might matters in foreign policy. Yet, the peril of American policy in Iran and Iraq illustrates something different. Law, and the legitimacy it conveys, also count.