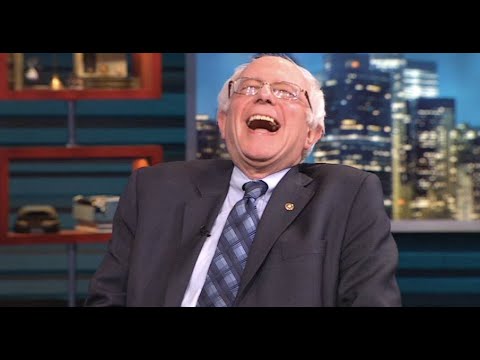 Southwest Harbor, Maine (Special to Informed Comment) – Quiet concerns about a possible Sanders victory became a loud and agitated freakout after the Senator’s resounding victory in Nevada. The anguish came from the financial hub of the centrist Democratic establishment. In an incoherent rant, for which he later apologized, Chris Matthews drew a confused and confusing analogy between Sanders’ victory and the Nazi takeover of France during World War II. Probably of more consequence was the threat by Lloyd Blankfein, a self-described life long Democrat and former CEO of Goldman Sachs, that he might vote for Donald Trump if the Democrats nominate Bernie Sanders because he is so offended by the tax and redistributionist policies advocated by the Senator.

Democrats of course care more about Blankfein’s money than his vote. That money derives in large part from the financialized capitalism that Blankfein and the Democratic Party helped to build. Following the capitalist crises of the seventies and the Reagan era attack on worker purchasing power, investment opportunities for new plant and equipment were becoming more scarce. Rather than make modest sums through commercial lending to businesses large investment banks earned vast sums via underwriting highly leveraged merger and acquisition strategies. They continued to loan to home buyers, but the largest source of profits came from combining loans into complex securities and selling them. Profits went up and risk —- at least to the issuing bank -— was reduced.

American capitalism was fundamentally transformed to a debt dependent society. General Motors became s finance company that made cars as a sideline. Scholarly models that assumed risk could be precisely quantified and allocated helped fuel a rush to make more loans. Deregulation of financial markets, also promoted by centrist Democrats, further greased these changes. The excesses and outright fraud these policies engendered eventually produced collapse. Nonetheless reforms to the system remain only partial and financial engineering, in the form of corporate stock buybacks, continue. In the process finance came to grow from 10 to 20 percent of total corporate profit.

Blankfein later maintained that he was doing God’s work. Today he says the American character is subverted by a wealth tax. Was the commitment to WW II lessened by a top marginal tax rate, 94% or more than double the top income tax bracket today? And will it destroy our economy? Off course Blankfein is playing the favorite game of Capital Strike -— businesses refusing to invest and thus tanking the economy. It like the bully boy angered at how the game is going. Whether Bully Blankfein taking his ball and going back home destroys the game will depend on how citizens respond. As during WWII our government could issue bonds to stimulate spending on a whole range of green technologies,, products, and public goods such as parks, transit systems, public health clinics that express and strengthen our commitment to our democratic community.

Blankfein may be able to take some cash with him. How much will depend on enforcement procedures. He cannot take our factories, workers, and skills. If anything we must guard against too cautious a reaction as was the case with Obama’s response to the Great Recession.

Blankfein maintains he is just an ordinary guy. He need not spend much time even at the bottom of the economic poll to get a stark contrast to his current life. Perhaps heshould spend some time with “one of the 43% of American households can’t afford a budget that includes housing, food, childcare, healthcare, transportation, and a cellphone.”(A United Way Asset Limited Income Constrained Employed study)

Blankfein is estimated to have 1.3 billion in wealth. If invested conservatively it would yield an annual income of more than 50 million. Employing a back of the envelope calculation, I estimate the Sanders wealth tax would extract about this amount. On a percentage basis it would take a larger bite from those of astronomical wealth. But even after many years of this tax none would be left with less than many hundreds of millions of dollars. The tax is not an attack on extravagant life styles. There will still be a market for the five million dollar yachts serviced on the island where I live. And Mitt Romney will still have more houses than he can remember.

What this tax does do is begin to significantly redress the imbalances in political power as evidenced in the presence of multi billionaires on the Presidential debate stage. Most of these fortunes were based on fraud, corruption, and.or monopoly power. This is certainly true in Blankfein’s case, as Sanders has noted: “Lloyd Blankfein became a billionaire after his investment bank received an $824 billion taxpayer bailout from the Federal Reserve and the Treasury Department, paid over $5.5 billion in fines for mortgage fraud, avoided paying any federal income taxes in 2008, and lectured Congress to cut Social Security, Medicare, and Medicaid,” Fortunes like Blankfein’s are a continuing threat to democracy as further demonstrated by his willingness to support an aspirational fascist. Fortunately democracy is beginning to fight back.