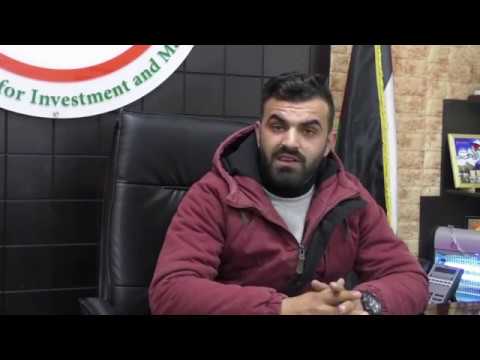 Ann Arbor (Informed Comment) – The Israeli government blockade on Palestinian agricultural exports through Jordan on Sunday illustrates the Apartheid character of Israeli rule over the Palestinians. Palestinian trucks loaded with produce were stopped by quickly-erected Israeli blast walls and forbidden to head into Jordan.

The Palestine-Jordan trade in commodities such as vegetables, fruits, olives, olive oil, and dates is worth some $100 million a year.

The step was ordered by Israeli minister of defense Naftali Bennett, who in that capacity is the chief of the Occupation Army ruling Palestine. His rationale is that the Palestinians on Feb. 2 ceased importing goods from Israel, so this measure is payback.

The argument fails on a number of grounds, however. Most important, the Palestinian West Bank is under Israeli military occupation, and therefore is governed by the Fourth Geneva Convention of 1949 and the Hague Regulations of 1907.

Here is what Geneva says, and although the situations envisaged are not exactly the same we are facing today, the sort of thing being prohibited is clear:

“Every such person shall, so far as possible, be kept in his usual place of employment. Workers shall be paid a fair wage and the work shall be proportionate to their physical and intellectual capacities. The legislation in force in the occupied country concerning working conditions, and safeguards as regards, in particular, such matters as wages, hours of work, equipment, preliminary training and compensation for occupational accidents and diseases, shall be applicable to the protected persons assigned to the work referred to in this Article.”

All measures aiming at creating unemployment or at restricting the opportunities offered to workers in an occupied territory, in order to induce them to work for the Occupying Power, are prohibited.Art.

Art. 53. Any destruction by the Occupying Power of real or personal property belonging individually or collectively to private persons, or to the State, or to other public authorities, or to social or cooperative organizations, is prohibited, except where such destruction is rendered absolutely necessary by military operations.

By blockading Palestinian exports through Jordan, Bennett as the Occupying authority is preventing the occupied population from earning a fair wage and creating unemployment for the purpose of coercing occupied civilians into doing his political will. Inasmuch as the produce will rot if not exported, he is also destroying their personal property.

These are all violations of international law, and since the International Criminal Court is now looking into whether Israeli officials are guilty of war crimes, Apartheid and other crimes specified in the 2002 Rome statute, the ICC should definitely look into Bennett.

In fact, the Rome Statute (8.2.a) defines as a war crime the grave violation of the Geneva Conventions.

Not letting Palestinians export their produce through Jordan is definitely an institutionalized regime of systematic oppression and domination by the Israelis over the Palestinians, and this blockade is being enacted with the intention of maintaining this regime.

Bennett has been among those outraged that anyone would boycott Israel for its human rights abuses, but now he is imposing a boycott on the Palestinians, forcibly preventing them from doing business with Jordan.

Which brings us to another issue. The Palestinians are within their rights not to buy from Israel. But Bennett is imposing a third party blockade on the Palestinians. This measure is not proportionate and it can only be implemented because Israel has all the power and the Palestinians are powerless and under Bennett’s jackboot.

That Israel can at will stop Palestinian-Jordanian trade demonstrates conclusively that Palestine is not a free agent but is rather an Occupied territory, and that all the power rests in the hands of the Occupation military, which is to say in Bennett’s hands.

Why, we might ask, were the Geneva Conventions adopted by the world community in 1949? They were aimed at prohibiting the excesses of the Axis during World War II.

For instance, during the German occupation of the Ukraine in WW II, 6 to 7 million persons died, mostly of hunger, because of German policy. Cormac Ó Gráda writes, “brutal requisitioning in Nazi-occupied areas resulted in about 4 million deaths.” About 3 million of these, he estimates, were in Ukraine alone, amounting to 8% of the Ukrainian population.

It is bad to contravene the Geneva Conventions because if all United Nations members did that, we’d be back to the German occupation of the Ukraine on a global scale. Israel is guilty of massive violations of international law in the Palestinian West Bank and Gaza, and this block on their exports is one more. The Kushner Apartheid Plan would not end any of these abuses but would cement them forever in place.