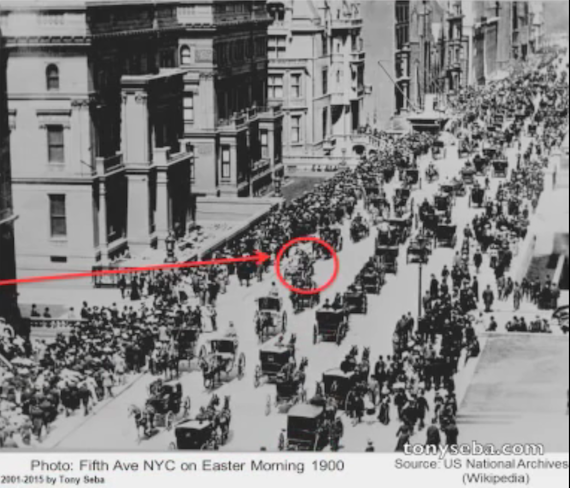 Ann Arbor (Informed Comment) – CNBC stock picker Jim Cramer startled his conservative fan base this week by refusing to push ExxonMobil and other petroleum stocks. He solemnly informed his audience that he is “done” with fossil fuel securities. He pointed out that pension funds all over the world are divesting from them because of pressure from a younger generation of investors who do not believe you can ever make a fossil fuel company sustainable. (This is true, you cannot. Their business model is to have us burn the fossil fuels, which releases billions of tons of heat-trapping carbon dioxide, which is wrecking the planet.)

We are, he said, “in the death knell phase.” He adds, “It is actually happening pretty quickly. You’re seeing divestiture by a lot of funds. It is going to be a parade that says, ‘These are tobacco, and we’re not going to own them . . . We’re in a new world.”

Jim Cramer is not a liberal. He isn’t saying these things to be politically correct. He is being hard-nosed and realistic. Most people under 40 don’t want those stocks.

In comparing petroleum securities to tobacco, Cramer is admitting that a large segment of the public now sees them as injurious to public health. This conclusion is correct. Sixty percent of Americans want to reduce dependence on fossil fuels.

Such attitudes are changing rapidly. The Australian establishment was wedded tightly to climate denialism until it was shaken by having the whole continent go up in flames this winter (their summer). The likelihood is that the Australian public will begin finally to turn against coal in the aftermath. As countries are badly hit by climate crisis effects, the public will start voting to outlaw fossil fuels.

There is, however, another reason to get out of petroleum stocks right now, besides environmental consciousness.

Petroleum isn’t going to be needed much longer. The world over the next few years will rapidly experience a technological disruption, as millions of families buy electric vehicles and fuel them from the sun and wind. Petroleum will still have some minor uses. Petrochemicals are useful as soil fertilizers, but the demand isn’t such as to drive a high price for it. Oil is used to make plastics, but we probably should outlaw that, too. Petroleum securities will likely soon be a penny stock.

China is causing jitters with its goal of having 25% of new car sales be electric in only 5 years. Not only would that development vastly reduce China petroleum demand, but some analysts worry that the Chinese manufacturers will be driven by government directives and incentives to over-produce EVs. In that case, inexpensive Chinese electric vehicles would flood the world market, as well. The government has reduced consumer incentives to go electric since last summer, causing a dip in EV sales. But if the Communist Party really wants 25% of new cars to be electric, it probably can make it happen.

In Norway in January, 44 percent of new car sales were electric. This is up from a 2019 average of 42 percent. Admittedly, Norway has high tariffs on imported cars, but exempts electric cars from those taxes, so it is actually cheaper to get a really nice electric car than a gas guzzler. But the fact is that governments will increasingly use taxes and other policy tools to get rid of gasoline vehicles, as with China. What we’re seeing in Norway is not artificial, it is just the future.

Even the erratic Tory Prime Minister of Britain, Boris Johnson, announced Tuesday that his government would bring forward the date on which it would ban new gasoline vehicles to 2035. Nor is that likely the last word. I’d personally be surprised if anyone was buying vehicles powered by fossil fuels in 2035.

In fall of 2020, a whole raft of new electric vehicles will be on sale, and preference for them will begin ticking up. Volvo’s relatively affordable new all-electric SUV, the XC40 Recharge, is in my view likely to be a star. And lots of sedans are coming.

The “electrifying” stock surge for Tesla recently demonstrates that the Market knows where the world is going, though obviously this process will have its ups and downs. (Caveat: I own a little Tesla stock.)

Electric cars are just on the verge of being a technological disruption for societies. I wrote a few years ago,

Rapid falls in price of materials and installation because of mass production will produce a technological disruption, as Tony Seba of Stanford calls it. There are tipping points in technology adoption such that sometimes old technologies are superseded with lightning speed. Seba shows a photo of the Easter Day parade down Fifth Avenue in New York City in 1900, and it is almost all horse and carriages with one automobile.

He shows another slide, of the same parade in 1913 after the Model T came out. It is all automobiles. 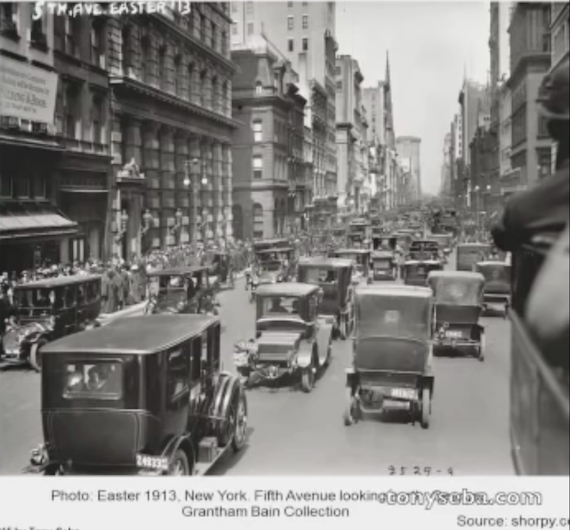 So all that is why Cramer is talking about the death knell of petroleum stocks. We probably agree on almost nothing else, but when people are right, you have to give them credit. He is right.