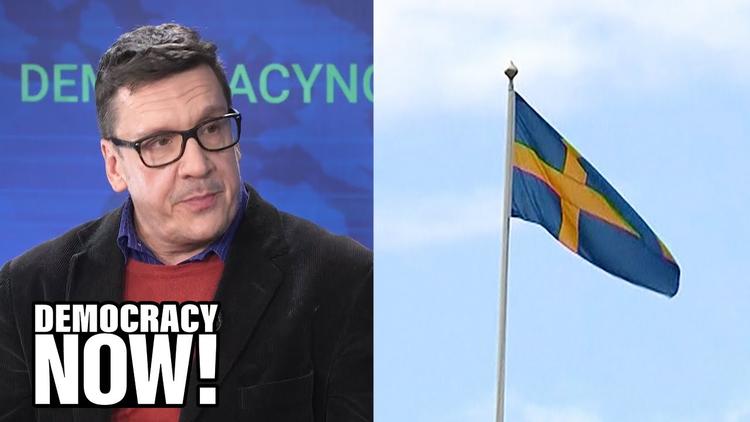 ( Yes! Magazine ) – The U.S. opioid crisis has been unfolding for years and shows no signs of stopping. As we reach for solutions, we can do more than regulate the pharmaceutical companies. Fresh research provides the clue: we can tackle a root cause of opioid deaths while creating a greener and more just economy.

A new University of Pennsylvania study reported by The Washington Post in December 2019 shows that opioid overdoses spiked in communities where automobile factories have closed. According to Atheendar Venkataramani, the study’s lead author and a professor in the university’s Perelman School of Medicine, economic instability can affect people’s mental well-being and drive up the risk of substance abuse.

“Our findings confirm the general intuition that declining economic opportunity may have played a significant role in driving the opioid crisis,” Venkataramani wrote.

The new finding raises a severe challenge. Our hearts may go out to the individuals and families caught in this tragedy. But how can we deal with a public health crisis rooted in modern economics? Aren’t factory shut-downs the result of globalization and accelerating technological change? What can we do about that?

I found good news in researching some small countries that are even more at the mercy of global market forces than we are: Denmark, Norway, and Sweden. These countries have highly successful economic policies that reduce addiction and suicide. Although it’s hard to believe considering that the Nordics live through long, dark winters, they even top the charts as “the world’s happiest peoples.” How do they do this?

A century ago they were in such economic trouble that they hemorrhaged their own people, with Scandinavians fleeing to Canada and the U.S. Those who remained decided to innovate, big time. They tried what today’s entrepreneurs might call “creative destruction,” reorganizing their economies to put the people first. Outsiders looking at the Scandinavian innovations as “lab experiments” might find ideas we can use.

Denmark, Sweden and Norway chose in the 1920s and ’30s to invent an alternative economic model that put the well-being of the people first, instead of the well-being of capital; economists call it “the Nordic model.”

The idea was that if a country’s working families were backed by assured health care, free education, good affordable housing and childcare, healthy environments, time for leisure, and job security, they would be productive workers. The money to pay for this investment would come from those with far more money than they needed.

The result was shared prosperity.

On many economic indicators, Nordic social democracies out-performed the countries that adhered to a free-market capitalist approach. Far from the stereotype of becoming “nanny states,” the Nordics have had higher participation in the labor force than the U.S. and higher labor productivity; Norway even has more start-up companies per capita than the U.S.

If an economy isn’t working well, change it!

This experiment worked to produce a lot of “get-up-and-go” workers who, with high rates of unionization and abundant support for technical education, became the “goose that laid the golden egg.”

I interviewed one Norwegian CEO who told me how pleased he is with the system: “I can count on my workers to come through when I promise to meet deadlines, because we’re a team and they’re well-treated and know what they’re doing.” An Inc. Magazine reporter asked a Norwegian CEO who pays about half his yearly income in taxes what he thought about that. “The tax system is good—it’s fair,” he said. “What we’re doing when we are paying taxes is buying a product. So the question isn’t how much you pay for the product; it’s the quality of the product.”

The principle of job security was bedrock. Free vocational training and higher education upgraded the skills of the labor force and supported workers who wanted to move to new jobs. Families had something to count on and could plan their futures. The broken dreams and grim prospects of workers in the U.S. Rust Belt didn’t show up in Scandinavia.

However, by the 1980s the world was changing for Scandinavia, too. Technological development and globalization accelerated. Goods made elsewhere became cheaper than the Scandinavians could make them. Nordic governments found themselves subsidizing local industries in order to prevent factory shutdowns. Yes, they were prioritizing workers ahead of capital, as the model promised, but at an increasing cost to the nation as a whole.

Denmark was the first country to try something different. Borrowing from a Dutch idea and making it more robust, in the 1990s the Danes adopted “flexicurity.” The government would no longer subsidize a factory to keep it open. The factory owners would be free to take their capital and do something else with it. The Danes’ new deal was that if a factory closed, direct support for workers would come from the government.

Flexicurity meant job training for other jobs, a high level of wage maintenance while workers were training and looking for their new jobs, and relocation support if they needed to move. In other words, even for 50-year-olds, job loss did not mean permanent unemployment for the rest of the workers’ lives. For many workers, it meant a fresh start.

It reminds me of President Franklin Delano Roosevelt’s thinking in the 1930s with his New Deal: If an economy isn’t working well, change it!

Once Denmark adopted flexicurity, Sweden and Norway followed. In 2007 the Council of the European Union took a hard look at results and recommended flexicurity for all the EU member countries.

Although the Green New Deal as it was proposed in 2019 was seen as a way to deal with the climate emergency, it’s sufficiently holistic to be a possible bridge to flexicurity for the U.S. The bottom line is the same: hope for those at risk of being left behind.

The U.S. is far wealthier than the Nordic countries were when they decided to restructure their economies. The Scandinavians had less to spread around for their vision of shared abundance, but they decided to think big and risk by acting on their deepest values.

Can we be that bold?