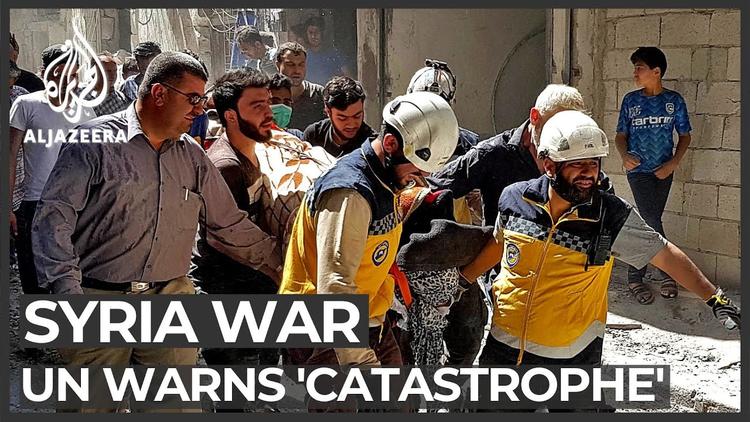 ( Middle East Monitor ) – Last December, Robert Malley, president and CEO of the International Crisis Group, penned an article for the Foreign Affairs magazine, addressing the topic: “The Unwanted Wars: Why the Middle East Is More Combustible Than Ever.” Today, at the peak of the Idlib crisis, I pose a similar question: “Why is peace in Syria more implausible than ever?”

The Sochi and Astana talks were regarded as the guarantors of peace in Syria. But, renewed bombardments by Russian-backed Syrian regime forces on Idlib show that the two agreements (Sochi and Astana) are in danger, and were violated by Russia.

During the last few years of the Syrian crisis, despite there being negativity in their relations – such as Turkey`s downing of a Russian warplane in 2015 – Turkey and Russia have sustained their dialogue. Together with Iran, another Syrian regime supporter, they initiated the Astana Process to resolve the Syrian war, which has been ongoing since 2011. Both countries brokered a deal to create a “demilitarised zone” in the northwestern Idlib region. This helped to avert a government assault on the area.

In addition to expanding its diplomatic cooperation with Syria’s immediate neighbours, Russia extended many efforts to expand the Astana Process talks. It reached out to Egypt, the United Arab Emirates (UAE), Lebanon, and even to war-torn Iraq, due to their re-establishment of diplomatic relations with Damascus.

Under the detection of international media outlets, focusing on the areas of alignment and friction within “the Russia-Iran-Turkey triumvirate”, Russia has greatly broadened its outreach efforts to Arab countries, on Syria.

When we look at last week’s attacks by the Assad regime, Russia seems to be far from signalling their favour of a political solution, as it did before.

On his flight returning from Senegal, on 29 January, Turkey’s President Erdogan announced to a group of reporters: “The Astana Process has become moribund.” Erdogan demanded to evaluate how Turkey, Russia and Iran can help to revive the talks.

Erdogan’s statement comes at a time when the Syrian regime forces, backed by the Russian Air Force, have progressed in rural southern Idlib and established control over vast areas. Turkey hopes for the Assad regime to fall back from Turkey’s observation posts in northwestern Syria this month. If Turkey’s warnings to the Assad regime are not taken into consideration, a refugee exodus will resurrect, affecting Europe to a large extent.

Erdogan’s message is clear that, as a guarantor state for Damascus, Moscow should be responsible for preventing attacks in de-escalated zones by the Assad regime and Iran-backed militia groups, which have repeatedly violated the agreements.

A new refugee influx from Idlib, as I wrote last October, needs international support to manage. Germany tries to explain the importance of the negotiations with Turkey on the humanitarian catastrophe in Idlib to its other European partners, especially France. However, the internal disputes and severe rifts between the European Union member states have caused a lengthy delay in tackling this tragic migrant-refugee Odyssey. Turkey already hosts 3.6 million refugees, overburdening the country. Following the open door policy, Turkey realised that no nation’s political or economic interests are more important than the national security and sovereignty of Turkey. Therefore, Turkey has been warning Western countries that, in the event of occupation of the Idlib region, it will not take the sole responsibility of hosting the new wave of refugees.

Turkey aims to protect the lives and properties of innocent civilians in its operations in Idlib, while also attempting to sign a sustainable deal with European countries. A refugee deal is vital, via negotiation, and not threats.

Meanwhile, more than half a million Syrians are fleeing from the Idlib fighting. This is easily one of the largest waves of displacement since the Syrian civil war began in March 2011. Turkey has been operating a balancing act between providing sanctuary to those fleeing Syria’s war, and reducing the numbers of refugees travelling to Europe, while also established huge tent cities in the town of Atme and in the Kah village, located in the Idlib Governate, for Syrians fleeing from Idlib.

On the other hand, despite playing a major role, Russia has a habit of turning a blind eye to refugees. Therefore, Russia has granted refugee status to only one Syrian national since 2011, according to the Civic Assistance Committee (CAC), a Moscow-based NGO assisting refugees. Russia wants to protect its interests in the Middle East, however, when it comes to refugees, it does not want to shoulder the burden. Idlib shows us that Russia’s efforts to meet the needs of refugees displaced by the Syrian conflict have been negligible, while its diplomatic and military involvement in the conflict has been significant. Russia should use its power to aid the global refugee crisis and to make commitments to shoulder responsibility for refugees, in line with its capacity.