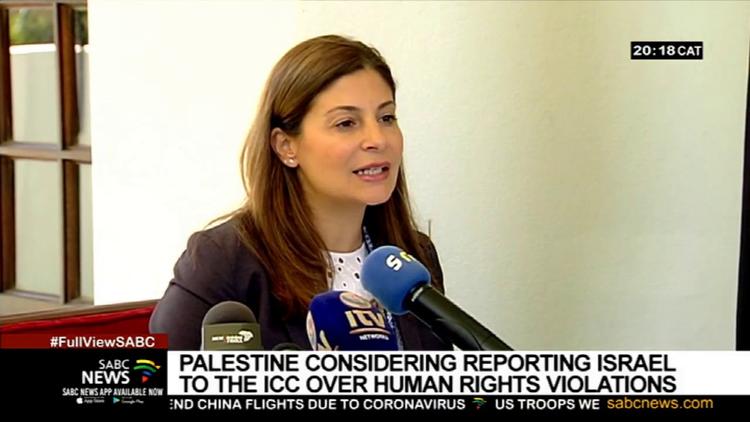 After much procrastination, the ICC’s Chief Prosecutor, Fatou Bensouda, finally announced in December that there is reasonable basis for a probe into Israel’s actions against the people of occupied Palestine. In a petition filed with the ICC, Merkel’s government asked to be “a friend of the court” (amicus curiae) in an attempt to prevent The Hague proceeding with charges against the regime of Israeli Prime Minister Benjamin Netanyahu.

However, Bensouda left a gaping hole which is being exploited by Israel and its allies such as Germany. She requested The Hague to decide on the question of jurisdiction, which has the potential to sidetrack and undermine any possibility of prosecuting and punishing the settler-colonial regime’s war criminals. This was done despite the Prosecutor’s Office insisting that Israel has demolished Palestinian properties, and forcefully evicted Palestinians from the Occupied West Bank and East Jerusalem, which it has done openly for all the world to see. Bensouda included in her indictment war crimes committed in the Occupied Gaza Strip during Israel’s 2014 Operation Protective Edge. There was also the far from insignificant matter of Israel’s operation to evacuate Palestinian residents from the Bedouin village of Khan Al-Ahmar and its ongoing construction of settlements in the West Bank.

Merkel’s injudicious decision to side with Israel gives credence to Netanyahu’s attack on the ICC. In a recent interview on a Christian television network, Israel’s leader — who has himself been indicted for fraud and corruption —claimed falsely that the ICC is in a “full frontal attack” on Jews per se and brazenly called for sanctions on The Hague.

Germany’s argument in its petition sounds like a “copy and paste” of Israel’s claims that the ICC’s jurisdiction does not extend to the Occupied Palestinian Territories because Palestine “is not a state”. This completely ignores the fact that Palestine is a signatory to the ICC’s Rome Statute.

Not only is it disingenuous of Germany to disregard legitimate Palestinian rights, but with its efforts to mislead the ICC, the Merkel government also gives a veneer of legitimacy to Israel’s seven decades of dehumanising the people of Palestine.

While Merkel’s rapprochement with Netanyahu may be seen as a boost for him at a time when he faces the prospect of a custodial sentence, it clearly tells the Palestinians that Germany has betrayed their legitimate and just cause. How else should grieving families of those killed so brutally by Israel interpret Merkel’s hugely unjust petition which claims that the ICC has no authority to even discuss whether Israel has committed war crimes?

Germany is one of the main member states of The Hague Tribunal, so it has an unfair advantage in influencing an outcome that will prejudice Palestinian demands for justice. Merkel’s blatant decision to side with Netanyahu is thus an abuse of power due to her country’s privileged position in the hearings.

Moreover, the latest reports indicate that Israel is trying to recruit many other countries to argue on its behalf as “unofficial proxies”, not least because the Zionist state has opted not to do so directly in order to “avoid conveying legitimacy” on the ICC. Hungary and the Czech Republic, along with Austria, Australia and Canada have all come on board to support Israel’s ability to act with impunity.

Although Bensouda believes that Palestine is “enough of a state” for the purposes of transferring criminal jurisdiction over its territory to The Hague, her request to have this view tested may derail the investigation before it really starts, given the legal battle over the definition of what constitutes a “state”.

The attack on the ICC and calls for sanctions by Netanyahu, come hot on the heels of the UN releasing a list of 112 companies with ties to Israel’s illegal settlements. In the same unethical and immoral vein, the apartheid regime in Tel Aviv has attacked the UN Commissioner for Human Rights as a partner and tool of the BDS (Boycott, Divestment and Sanctions) movement.

Siding with Israel to whitewash horrendous crimes against Palestinians may allow Merkel to escape Israeli ire, but doing so places Germany on the wrong side of history, yet again.

While it appears to be incongruous for Germany and a handful of countries to prevent the exercise of justice by The Hague, as far as Palestinians are concerned, siding with Israel allows the rogue regime to continue committing war crimes and violations of international humanitarian laws. Israel will continue to treat such laws with contempt in the full knowledge that the backing it enjoys from the Trump administration in Washington and the soft landing provided by Germany, immunises it from accountability, neutralises relevant judicial processes and denies the people of Palestine from ever getting their legitimate rights. It is a travesty of what justice is supposed to be about.

Some commentators have rightly argued that this preposterous defence of Israel’s widespread criminal conduct may signal the death knell of the ICC. Merkel’s action is short-sighted, for by creating a legal black hole in the Occupied Palestinian Territories, the end result may well be the destruction of a badly weakened international criminal justice system.

Israel hopes that by twisting the facts and shifting the ICC goal posts, it will emerge unscathed. Its hopes are pinned on Angel Merkel as the leading European head of state to divert The Hague from its task by engaging it on frivolous legal semantics such as definitions of “jurisdiction” and disputing Palestine’s ratification of the Rome Statute.

While international jurists will be occupied (pun intended) with a debate over legal concepts, it behoves countries such as South Africa to raise their voices against futile legal red herrings. Silence in the face of this manufactured legal impediment will be construed as failure to uphold and defend Palestinian human rights. It is a slippery slope; if we don’t defend the Palestinians today, who will the next victims be?