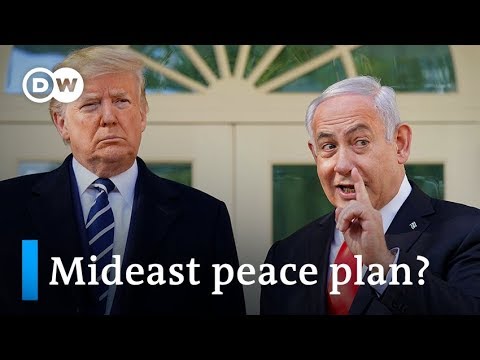 (Middle East Monitor) – Israel and its allies in Washington view the occupied West Bank and Jerusalem as the focal points for the implementation of the deal of the century, which aims to liquidate the Palestinian cause.

Hence, the process has already started there, with the maps prepared which show the settlements under full Israeli sovereignty, even though they are all illegal under international law.

A few days ago, Israeli Prime Minister Benjamin Netanyahu said that his government would work to transform the West Bank into an integral part of Israel.

He announced the formation of an Israeli-American committee to impose this. According to Israeli sources, the committee includes Likud minister Yariv Levin, Meir Ben Shabbat and Ronen Peretz, as well as US Ambassador David Friedman; it has already started its work.

Ostensibly, annexation and the other scenarios envisaged by Trump’s deal are all intended to strengthen Israel’s security and enable its Judaisation projects across the occupied Palestinian territories. US recognition of the Jewish settlements will follow, of course, for the first time since the establishment of the state.

Reports in the Israeli media reveal a plan to build an electrical network in the occupied Palestinian territories to serve the annexed settlements.

According to the Israeli Broadcasting Corporation (KAN), the state electricity company wants to develop the electrical distribution infrastructure in the West Bank for Palestinian and Jewish residential communities — settlements — alike.

The Trump administration provides diplomatic cover for everything that Israel is doing to ensure that a state of Palestine will never become more than a series of disconnected cantons. It has become clearer than ever before that the US is complicit in Israel’s crimes against the people of Palestine, and that US interests in the Middle East match those of Israel.

Donald Trump’s “peace plan”, the Zionist American conspiracy that it is, has revealed the ugly face of the international community. The world continues to stand by and watch as Israel implements its criminal plans covering Apartheid, Judaisation, displacement and, ultimately, the genocide of the Palestinians.