Ahmad Bin Ghanim al-Ida’ published a photograph of an inscription he found south of al-Ula (near ancient Hijr) in Saudi Arabia. It was picked up and transcribed by Saudi archeologist Mohammed al-Maghthawi.

The inscription says, “God, forgive Muhammad the Prophet, and join with him his wives, and, God, forgive the male and female believers, and forgive Salih. 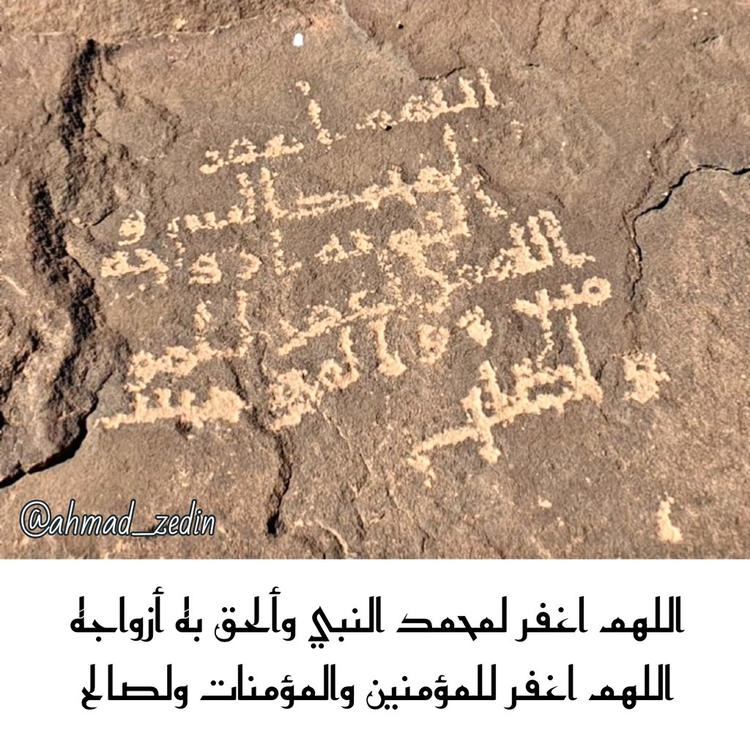 As Mr. al-Magthawi notes, this is an extremely valuable historical document, likely from the first or second Muslim century (600s or 700s). It, like other early inscriptions, shows piety toward the figure of Muhammad, who is here called simply, “the Prophet.” He is depicted as human, and as needing God’s forgiveness.

It is the first inscription known to mention the wives (in the plural) of the Prophet. Another inscription published on Twitter by Mr. al-Maghthawi mentioned A’isha bint Abi Bakr, , whom later Muslim sources identify as the third wife of Muhammad.

I presume that the phrase “join his wives with him” is a prayer that they join him in paradise.

I discuss the life of Muhammad in my new book, soon out in paperback:

The inscription calls Muhammad’s followers “the believers” rather than “Muslims,” which University of Chicago historian Fred Donner has argued was the typical diction in early Islam. This way of speaking may indicate that the inscription is first century A.H.

These recently-discovered rock inscriptions are so valuable because our literary sources for early Islam are either very late, from the 760s into the ninth and tenth centuries, or are by outsiders writing in Greek or Syriac.

The Qur’an itself, the Muslim scripture, is said by the Muslim tradition to have been recited by the Prophet 610-632 A.D., and archeological and other findings increasingly make those dates plausible. The Qur’an speaks about the wives of the Prophet, though it does not mention any by name. So the rock inscription supports the historicity of those verses.

It asks God to forgive her her sins and acknowledges that this will not take place unless God is well-pleased with her. 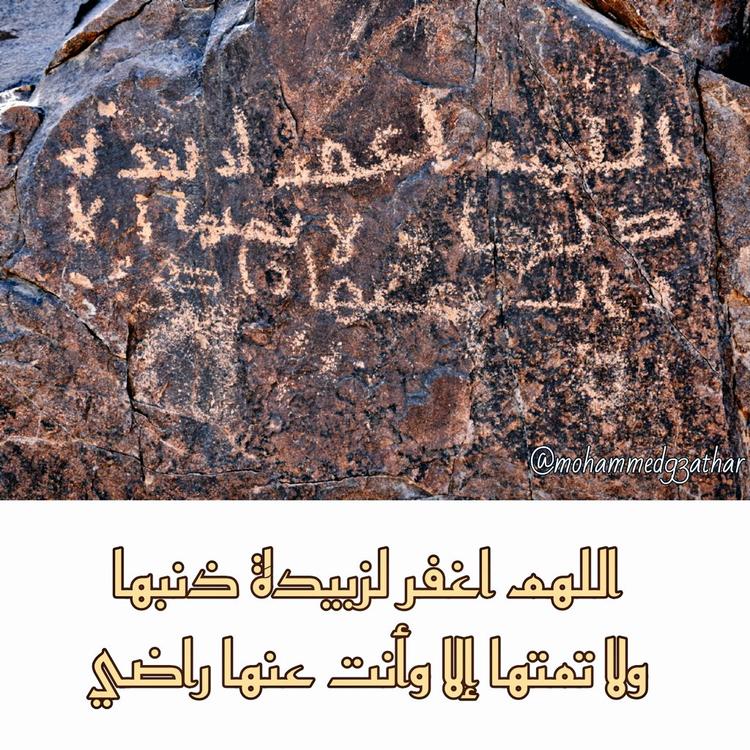